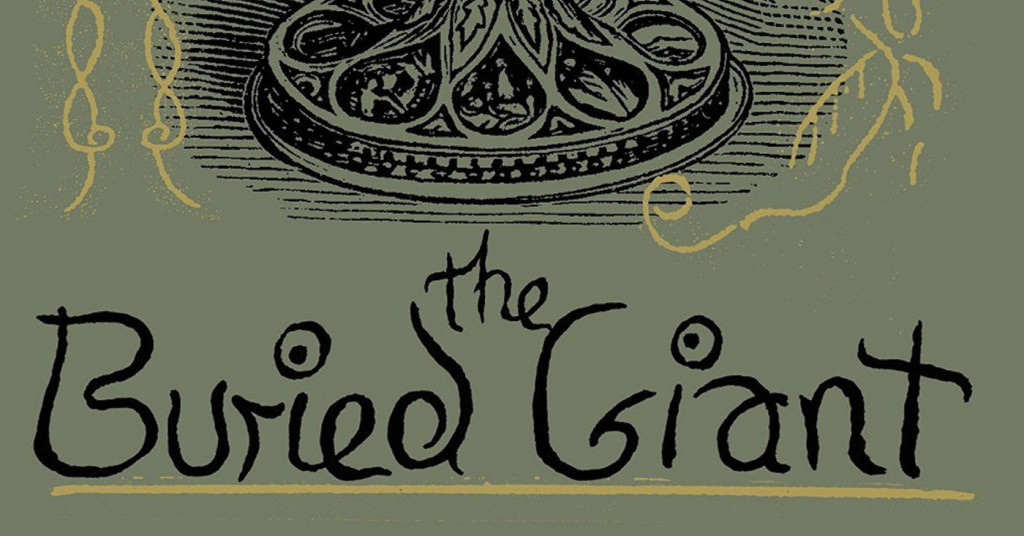 Kazuo Ishiguro’s new novel “The Buried Giant” is set in the rolling hills and moors of ancient England. He reveals early that there are dragons and ogres here. Magical creatures are as a part of the land as the hills and the rivers — typically not a bother, but occasionally a child will wonder too far from the village never to return.

A simply told Arthurian legend with a quixotic Sir Gawain and a broad-shouldered warrior straight out of Beowulf is not as great of a departure from the butler of Ishiguro’s Booker Prize winning novel “The Remains of the Day” or his brooding teenagers in the critically acclaimed “Never Let me Go” as might seem at first. Ishiguro’s greatest strength as a writer is when he explores the psychological terrain of love and loss. “The Buried Giant” is a distilled, almost allegorical examination of that place.

Tolstoy said there are only two stories in great literature, either a man goes on a journey or a stranger comes to town. In “The Buried Giant” a couple is on a quest. Language is styled like an ancient Arthurian story. People “move slowly on” there are dark birds “yonder.” Ogres and medieval sickness are not the only dangers to children in this land. Families risk forgetting their children were ever born if they stay apart too long. Axl and Beatrice hardly remember their son. They have also forgotten past hurts and betrayals and the joys, too, of their shared life. It’s not their age that is the cause of their forgetting. The whole country is enveloped in a mist. Axl says, “Our memories aren’t gone for ever, just mislaid somewhere on account of this wretched mist.”

It is through Axl and Beatrice that the other characters are encountered: a young boy with the heart of a warrior named Edwin, the Saxon Master Wistan, a grey-haired Sir Gawain and an ancient she-dragon named Querig. The strength of Axl and Beatrice’s love for one another is what allows them to lift their head above the mist for a moment and remember. Moments from the past are relived, a lost candle, a long night alone. Their dialogue is short and almost quaint. Axl endlessly calls Beatrice “princess” although she is neither young nor royalty. In a different writer’s hands these two might have become caricatures — the strong and silent man and the quietly suffering woman. Beatrice tells Axl her small pains are nothing to fret over, but we know they are. In one dark moment, “[Axl] longed for a patch of odd sun to warm Beatrice.”

Joyce Carol Oates says, “Ishiguro distinguishes himself as one of our most eloquent poets of loss.” “The Buried Giant” then is the same as his other stories. It is a haunting contemplation on memory that somehow lingers in the mind. As a writer, he asks over and over if any among us can love another enough to cross the water together.