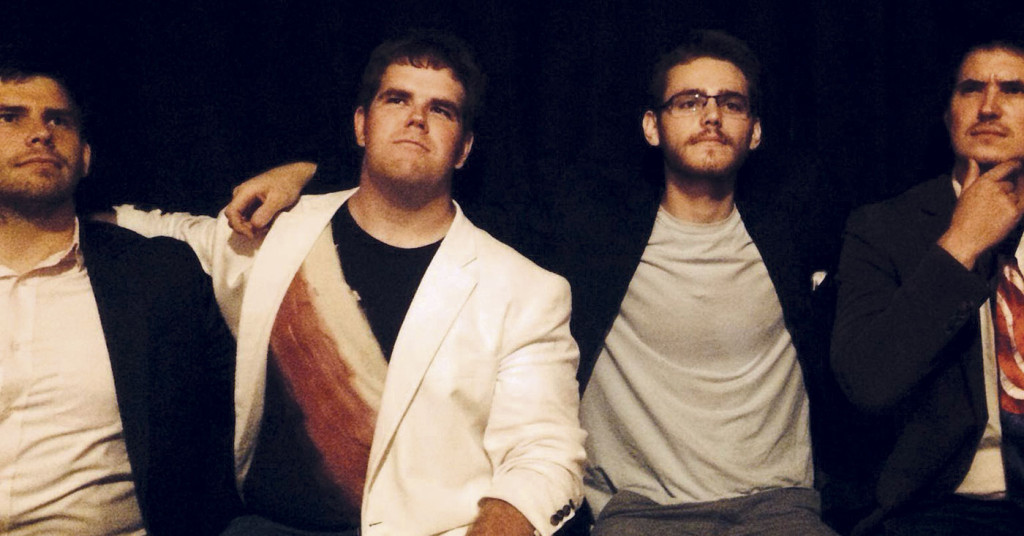 Meatloaf. The baked meat entrée was the link to young Will Wilder’s future when he decided, as a 16 year old who played guitar before dinner, what to name his first album.

Wilder completed his jazz studies through the University of Louisville School of Music’s graduate program. A class on Duke Ellington became a pillar in writing the album. His aim to be accessible and stray from common modern jazz ideals — save room for some off-the-wall ideas — was, at first, a concept he couldn’t quite put into words. In that junior year at UofL, he befriended three musicians who would eventually play in Wilder Stallions and forward the completion of “Don’t Let Your Meatloaf.”

The quartet features Wilder on lead guitar, Dave Neill on bass, Price McGuffey on drums and Hank Evans’s chameleon keys-work on the Hammond, Rhodes and Clavinet. A band of jazz musicians playing funk on rock instruments. “That’s the shortest answer,” he says, when describing the sound now.

He wrote “Funk 48” first, a nod to the James Gang’s “Funk #49” —the fruition of studying composition under big band leader John LaBarbera. Wilder suited that big band mentality to a quartet and wrote several more tunes.

“I wanted to do as much as I could with just a quartet, and try to write everything so that we play it live exactly the way we play it on the record,” he said, adding that the record is all live takes. “I’m hoping that there will be a little something for every musical taste.”

Wilder Stallions celebrate the album’s official release with accompanying acts In Lightning and Small Time Napoleon on March 13, at 9 p.m. at The Tim Faulkner Gallery. $3.