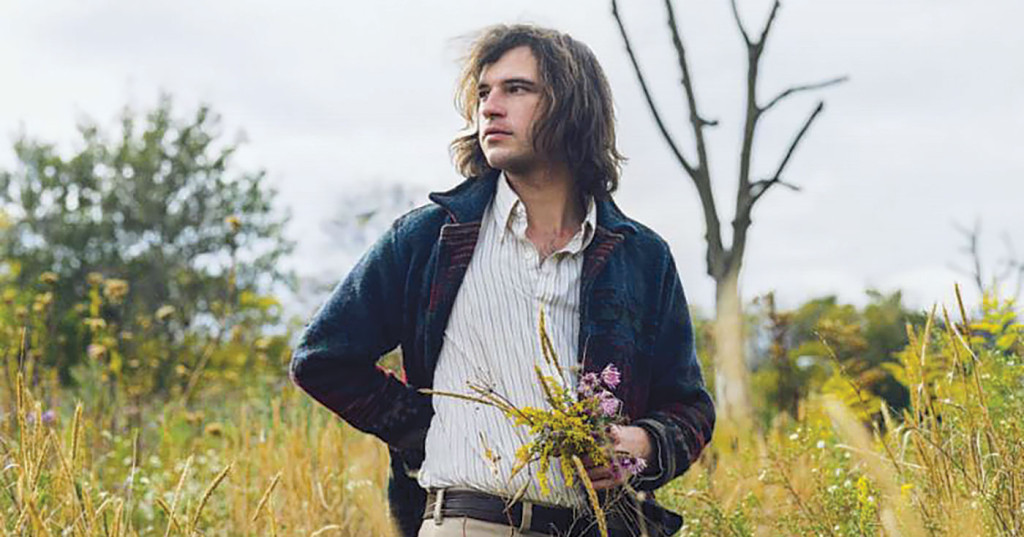 Folk music’s a living thing, forever bending to not just new lyrical conceits, but sundry musical influences. And The New Vintage is set to host a handful of players plying the genre, adjusting it as they see fit. Ryley Walker’s work, though, might just be as malleable as anyone else’s.

“It’s the history of Chicago music,” the singer-songwriter says over the phone while walking around the Windy City’s westside. “Collaboration’s just really huge; everybody plays with everybody. There’s no folk scene here, thank God. I just play with those guys really well. Frank Rosaly on drums? He’s probably one of the best drummers in the world.”

Walker’s effusive assessment of the players he’s performed with over two years and his numerous full lengths — his latest “Primrose Green” is due out March 31 — both speak to the guitarist’s engagement with his home’s music culture, as well as a desire to explore and cross-pollinate.

“The jams became really important to me,” Walker continues amid discussion of his musical compatriots’ acuity. “It makes the record different than a lot of other folk records today.”

As steadfastly composed and purposeful as lyrics for songs like “Same Mind” sound, Walker’s writing is regularly contrasted by his band’s jazz-tinged explorations. It’s the only way to explain how a would-be folk record clocks a six-and-a-half minute song without being verbose. And as “Sweet Satisfaction” builds toward a fuzzy, aggressive middle portion, Walker’s ensemble pulls back briefly, letting the singer belt out the chorus, then launches into a supremely repetitive and utterly meditative jam.

“The whole record’s a complete surprise. I came in with little sketches,” the guitarist says. “That section at the end of ‘Sweet Satisfaction,’ Ben Boye, who played keys, was like, ‘Can we just do that riff for four minutes at the end?’ I was like, ‘OK.’ The album’s just shaped by that momentum: first thought, best thought.”

Ryley Walker plays along with Nathan Salsburg, Steve Gunn and Watter at The New Vintage on Saturday, March 28.