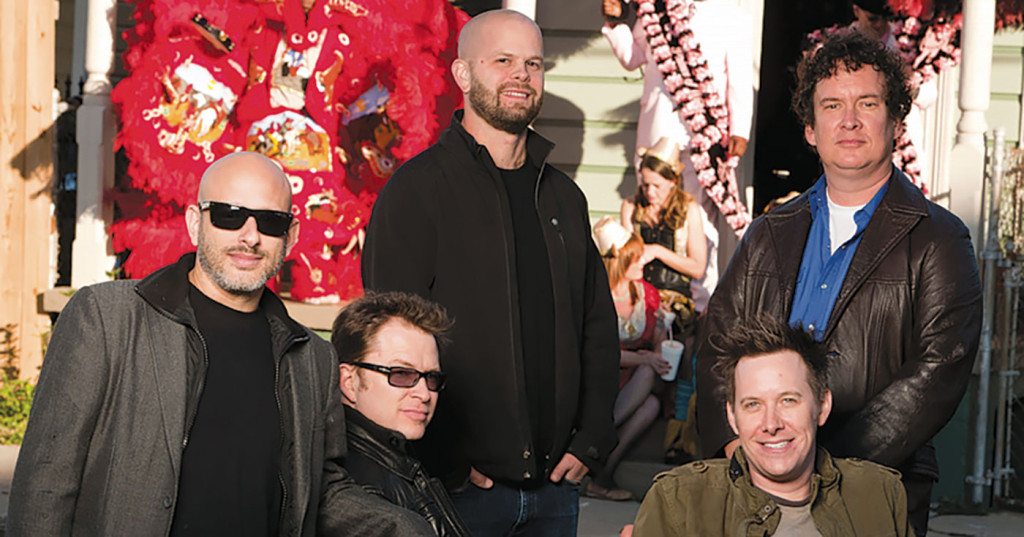 Galactic has been spreading the New Orleans funk since 1994, infusing it with a rock edge and hip-hop influences. Rich Vogel, the band’s keyboard player, squeezed in an interview just hours before Galactic’s sold-out Lundi Gras (Mardi Gras Eve) show at Tipitina’s, which was scheduled to go until daylight.
“Tip’s has become an annual tradition,” Vogel says. “We’re proud and humbled by it. When we were kids, I remember at Mardi Gras, New Years and Jazz Fest, seeing The Neville Brothers, The Meters, Dr. John. For us to be that band that people rely on for the all-night flight, from Lundi Gras to Mardi Gras Day, it’s a great position to hold.”
Asked how they keep that Mardi Gras spirit alive on the road, “That’s what we do, that’s our chosen profession, we try to bring that everywhere we go,” he says. “I remember Headliners always having that kind of vibe of a Tipitina’s show; packed, rowdy, hot. We’re looking forward to returning to Louisville, it has been a while, it’s overdue, it’s time to get back. I hope everybody gets out there, and we’ll get reacquainted.”
Singer Erica Falls is joining the band for the current tour. “She did a couple of gigs with us in the fall, and we found out really quickly, it’s a great match,” Vogel says. “She’s a local singer here in New Orleans, and has worked with some great people; she went out with Joe Sample’s group. We wanted to do something new for the New Year. The vocal chair is the part of the band that’s not permanent and we’ve embraced that, because we like collaborating with different people. At this point, people have come to expect that. We look for someone who has their own voice, but can help us represent what we’ve done in the past. It’s no small feat to come sing these songs we’ve recorded with the likes of Irma Thomas, Ivan and Cyril Neville, and Allen Toussaint.”
Galactic will be at Headliners on Wednesday, March 18. Tickets are $22.