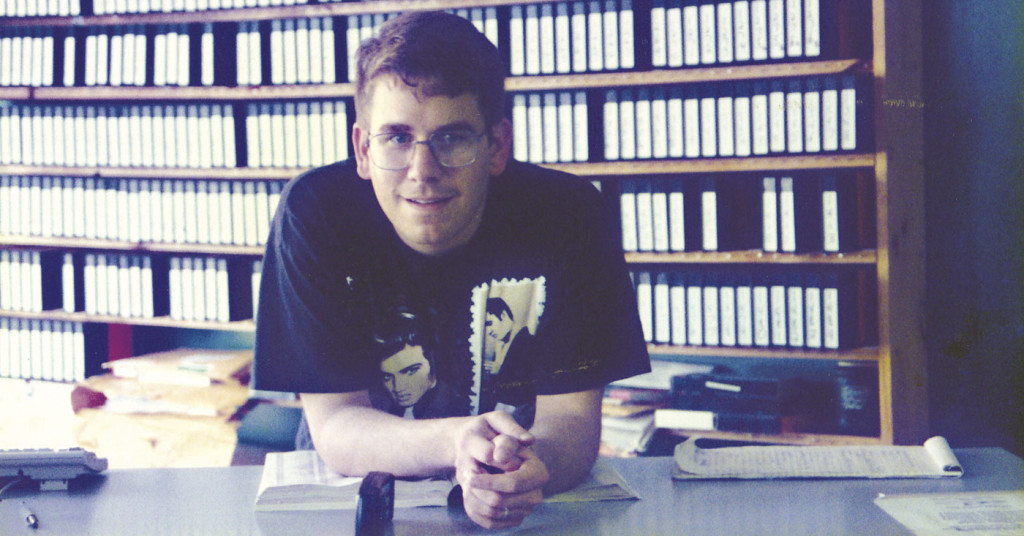 For the last 18 years, Wild and Woolly has been an institution in the Highlands, the premier video store for off-the-wall and hard-to-find cinema. But that’s all set to come to an end Monday, March 23, on the 18th anniversary of their opening, as Wild and Woolly closes its doors for the last time. In an industry overwhelmed by convenience, Wild and Woolly has persevered by curating one of the most eclectic video collections in the Midwest. Started by ex-Slint bassist Todd Brashear, it’s almost impossible to not find something interesting, and probably something you’ve never seen or didn’t know existed in Wild and Woolly.

The impetus of the store has, like so many great things, humble origins. According to Brashear, “I wanted to open a store of some sort, probably partly, because I grew up hanging out at my uncle’s furniture store, and partly because I was working at a job that I didn’t like. I asked myself the question: ‘What do I wish Louisville had that it doesn’t have?’ Since we already had several record stores, a niche video store is what I came up with. I had never actually been to one at that point, but knew they existed in the bigger cities.”

Brashear took the logical step and cultivated a catalog of some of the weirdest movies around. He recalls that their early collection was largely comprised of “Hong Kong (John Woo, Jackie Chan), obscure horror (Dario Argento, etc.), Something Weird titles (a company that is still around), music and documentaries.”

Of course, with a collection this eccentric, Wild and Woolly developed a bit of a reputation. For those to young to realize, this means that there was a time when a video store was subversive enough to intimidate many who would enter, a testament to brick and mortar stores peddling a physical medium. Brashear notes, “We got all kinds back then, but a lot of people were kind of afraid of the place. So it’s become way more mainstream, and is also a place that a lot of families visit.”

The elephant in the room is the progressive move towards less physical types of media, in this case streaming services like Netflix, Amazon or Hulu. Even Redbox, one of the last remaining bastions of physical media, offers a mighty competition to mom-and-pop video outlets, by offering competitive pricing and convenient return options. Brashear believes that “people’s habits have just slowly changed and it’s just chipped away at our business over time. Overall physical media is going away. Maybe not totally, but to a large extent. We still do a good business, but it’s not enough to keep it going in any kind of sustainable way. Plus after 18 years, I think I’m ready for something else.”

In a lot of ways, the closing of Wild and Woolly is just one more nail in the coffin for physical media outlets as a whole, with digital options like iTunes or Kindle slowly crushing music and book stores nationwide. But Brashear doesn’t think this is the end necessarily, seeing there to be no real replacement for human contact. He explains, “While there are online communities, I don’t think it totally replaces face-to-face contact. Also, local places make a contribution to the fabric of the community. But I think convenience and price trumps all of that to a certain degree.”

In fact, Brashear has advice to anyone that still wants to make a go of running a video store. He writes, “Make sure you have a carefully curated selection, find your niche, but you also will want to have new releases. Weird movie fans and ‘serious’ film fans still like to watch the new stuff, even if it’s junk a lot of the time.”

Still, it should go without saying that Brashear will miss the store for a number of reasons. He fondly remarks, “Hanging out with the people who work here and all of the great customers, many who we now call friends.”

So what’s next for Brashear? By the sound of it, something far more physically oriented. Of his newest venture — as a Pilates’ instructor — he explains, “I had a frozen shoulder a couple of years ago and started doing Pilates in hopes that it would help with that. It did, plus I became more and more intrigued with it and the guy (Joseph Pilates) who invented it. I also think I could make a decent living at it once I get up and running.”

But that same sitting around has certainly paid off. And despite his time spent watching all varieties of film and television, Brashear still has plenty to say. He admits, “I would say my opinions are still about the same as they were when I started. I’m not a big TV show watcher, as I need a bit more variety. But I’m also not necessarily just looking to zone out and turn my brain off, which makes me a little pickier in some ways I guess.”

Of those favorites, he still has plenty. He notes, “We have a whole ‘Picks & Faves’ section that includes movies where multiple people who work here have put their ‘Likes this one’ sticker on it. Overall my favorites are probably still the same: ‘Rat Pfink a Boo Boo,’ ‘Dawn of the Dead’ (original), ‘Apocalypse Now,’ ‘Beneath The Valley of the Ultravixens’ … I’d probably add ‘Fantastic Mr. Fox’ and the ‘Wallace & Gromit’ movies to the list.”

Be sure and check them out one last time before they close. They’re renting until March 15, but will remain open to sell any remaining stock until March 23. Stop in to say goodbye to a Louisville institution before they call it a (final) day.