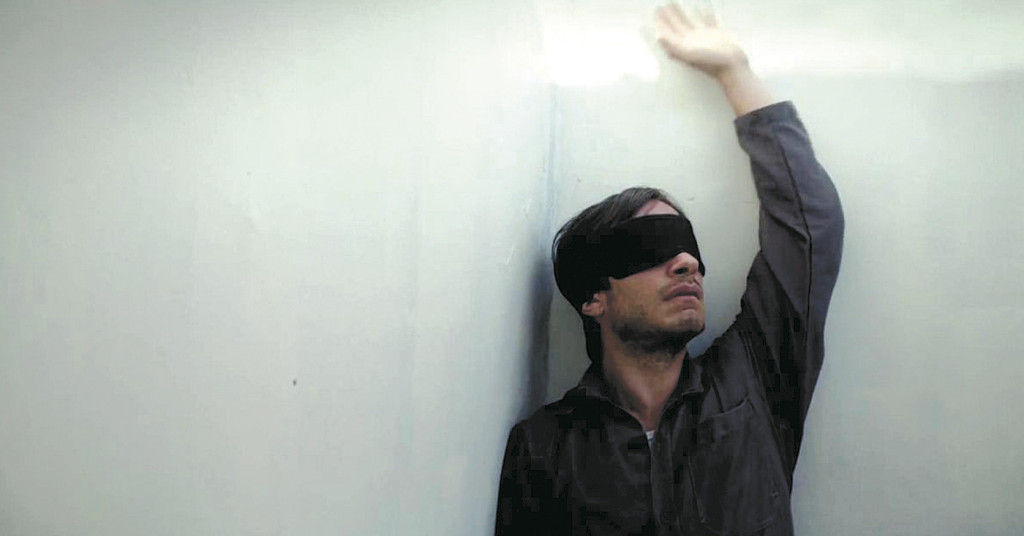 2014; $22.98; R
This made a big splash at the theaters, largely because of star Jake Gyllenhaal, who begins as an ordinary young man, desperately seeking not just employment but a career. That’s when he stumbles into the dark world of crime journalism. To succeed he must out-muscle and out-sleaze the veteran film crews and reporters whose income depends on finding the most violent, gory scenes before anyone else – even the police, if possible. In the process Gyllenhaal becomes an evil reflection of himself, going so far as to arrange for bad things to happen to the innocent, just so that he can make a buck. A superb film you’ll be talking about for days; with Rene Russo and Bill Paxton.

ROSEWATER
2014; $24.98; R
Jon “The Daily Show” Stewart’s directorial debut is the true story of Maziar Bahari (Gael García Bernal), a world-renowned, Tehran-born Canadian journalist, in Iran to interview a political challenger to brutal president Mahmoud Ahmadinejad. In short order he is arrested, thrown into a dank hole and tortured for four months. The fact that he survived at all is testament to the power of celebrity in our increasingly media-savvy world – as is this film’s popularity, for despite being a fine, well-written, superbly cast and directed drama, it is unlikely you’d be reading about it today had Stewart’s name not been on the cover.

CAPTAIN SCARLET AND THE MYSTERONS: THE COMPLETE SERIES
1967; $19.98; UR
SuperMarionation fans, rejoice! Considered by many to be Gerry “Thunderbirds” Anderson’s greatest marionette-based sci-fi/action series, this tells of the deadly invisible Martian menace, whose alien technologies accidentally make Spectrum agent, Capt. Scarlett (voiced by Francis Matthews from Hammer’s 1958 “The Revenge of Frankenstein”) indestructible! Don’t you hate it when that happens? Now armed with the power of Retro-Metabolism, he fights to free Earth from this extraterrestrial menace, ably assisted by Spectrum’s curvy fighter squadron, The Angels. We’ve been bouncing off the furniture, outrunning Martians ever since this arrived. Our highest recommendation.

FORCE MAJEURE
2014; $22.98; R
An international festival darling from Sweden about a happy, attractive and successful family having lunch in the French Alps. A moment later they are facing certain death when an avalanche careens down the mountain straight for them! The mom gathers the kids around her, then notices that dad is high-tailing it to safety as fast as his legs can carry him – family be damned! When the avalanche peters out, leaving everyone unharmed, Dad has some ‘splaining to do in this damned-funny and very insightful psychodrama/comedy. The “R” rating is bogus. Highly recommended.

IN YOUR EYES
2014; $22.98; UR
Joss “Firefly” Whedon wrote and produced this signature romance-comedy-scifi-drama starring Zoe “Bored to Death” Kazan and Michael “Cloverfield” Stahl-David. They live at opposite ends of the country and have never met, yet they can see through each other’s eyes, feeling what the other feels. You might call it the ultimate long-distance relationship, but we wouldn’t say that to Zoe’s handsome doctor husband, Mark “Royal Pains” Feuerstein. The perfect vehicle for Whedon’s warm, quirky humor and insightful, er, insights into human foibles, and it succeeds on every level. Don’t miss it.

POKER NIGHT
2014; $12.98-20.98; UR
A surprisingly good, if minor thriller, with a cast featuring Ron “Hellboy” Perlman, Giancarlo Esposito, Ron Eldard and Lochlyn Munro. Rookie police detective Beau “Awkward.” Mirchoff happily joins in the regular department poker night, anxious to hear tall tales and gain valuable insights from the veteran and retired greats on hand – until being captured and dumped in a dank basement by a masked sadist! Luckily there’s another victim already there, striking hottie Halston “Neighbors” Sage. Nice work if you can get it.

PREDESTINATION
2014; $23.98; R
This Aussie time-travel drama, based on Heinlein’s “All You Zombies,” is one of the most creative, original and spellbinding sci-fiers to surface in a coon’s age. Ethan Hawke plays a Temporal Agent/Bartender, now on his final assignment: to recruit his younger self into the job. Be on the lookout for the one mysterious criminal he has never been able to catch. Scarlett-haired Sarah Snook shines as the enigmatic character called “The Unmarried Mother” who says, “You know, sometimes I think this world deserves the shit storm that it gets.” Very dark, very intricate and very satisfying.

THROUGH A LENS DARKLY: BLACK PHOTOGRAPHERS AND THE EMERGENCE OF A PEOPLE
2015; $19.98; UR
This doc insists that the photo albums of black families contain irrefutable proof that much of American black history has been suppressed or destroyed. While we’ll admit that it makes a strong case — particularly those rare photos from the slave era — we also have to admit wondering if this is less a case of repression and more a case of black families simply having no better organizational skills than white families do when it comes to family photos. If it weren’t for the invention of the shoebox, we’d have lost all our pics years ago. You decide.

VIDEO NASTIES: THE DEFINITIVE GUIDE PART 2
2015; $29.98; UR
The phrase “Video Nasty” comes from Great Britain, which in 1984 passed the Video Recordings Act, designed to protect society from the evils of violence, sex, nudity and/or fun in their own homes. It didn’t work, of course, as smart producers just ramped up the sleaze to profit in the resultant black market of such “forbidden” flicks. This 3-disc set starts with “Draconian Days,” a lively doc on the whole asinine affair, including clips from some outstanding Nasties. But the other two discs are truly priceless: complete trailers for all 82 violators of Section 3 of the Obscene Publications Act, possession of which could land your ass in jail. Hysterical historical lowbrow viewing at its finest.

With no one we ever heard of in front of the camera or behind, we weren’t expecting much from this wuxia (Chinese martial arts adventure) – but this thing blew us away! Sent on their first mission by the new Emperor, three Secret Police brothers discover that they are sacrificial pawns in a political power-play. Unable to trust anyone but each other, they must fight, gather clues, hide, and fight again until they can discover a means to free themselves from the web of conspiracy that threatens the entire country. Good stuff.

Fans of FEARnet.com will recognize this as the feature-length version of the popular 2009 web series. Robert “Freddy Krueger” Englund plays the hammy, demented doc whose coffin-like Fear Chamber allows his victi … uh, patient, to experience their worst horrors, thus allowing the good doctor to see what scares them, bwahahahaaaa. Thomas Dekkar from “The Sarah Connor Chronicles” stars, along with a wildly attractive bevy of next-generation scream queens and pawns. Some of the best nightmare fodder imaginable.

For those of recent vintage, this was the smartest, sexiest, classiest prime-time sleuthfest that American TV ever produced. Debonair Robert Wagner and stunning Stefanie Powers played the husband-and-wife team of rich, privileged socialites who enjoyed solving real-world mysteries just for a lark. Season 4 starts off with them accidentally buying a resort – whoopsie! – which lands them in the crosshairs of some evil baddies who hijack their bed – with them still in it! The two wake up naked, still under the sheets, out on the open road, with a semi truck about to snuff out their lavish existence. Priceless TV.

ON ANY SUNDAY: THE NEXT CHAPTER

1971’s much-heralded doc, “On Any Sunday” by Bruce Brown, introduced the world to the exciting and deadly sport of motorcycle racing: a fast, dangerous competition filled with colorful characters, including actor Steve McQueen. This doc, the product of Brown’s son Dana, updates us on the technical advances of the sport, but more importantly introduces us to the latest generation of athletes, a gathering even more colorful and larger-than-life than those who pioneered the sport 40 years ago. Includes bits by the incomparable Bo Derek, who at 58 still looks great in jeans. Yeah, we’re pigs.

Not our favorite Peanuts outing, but a fun little 76 minutes from the mind of Charles M. Schulz. Most often remembered for its wild action scenes – especially the big raft race – our favorite part is where Charlie Brown finally silences bossy Peppermint Patty, who has taken control of their cabin, then buries her body behind the outhouse. Okay, we made up that last part, but definitely worth the price.

Before his fall from grace – capped by a free-based heroin-fueled run down an LA street, flaming like a 4th Of July sparkler – there simply was no funnier human on the planet than Richard Pryor. His childhood, wretched and painful (his mom a hooker, his dad a pimp, his granny a madam), he turned that pain into the sharpest humor the world had ever heard: vulgar, profane, and rude, but never less than completely honest and true. This is the first doc on Pryor we’ve ever seen that is  populated by those who actually KNEW the man, providing a complete backstory to his many very public battles. A must-own.

Acting vet John Savage leads a cavalcade of great cameos as the evil drug lord who becomes infatuated with Sadie Hill (gorgeous Gillian “Community” Jacobs). He leans on her friends, John Corbett and Jerry O’Connell, to grease his slimy path, which becomes a bit more complicated when she ups and dies. Whoopsie! The two panic until they discover someone who looks exactly like her, sending them, Justin Long, Scottie “Blacklist” Thompson, Gina Gershon, and Luis Guzmán deep into this dark, sexy, yet surprisingly effective thriller. From the cast we were clearly expecting a comedy, but this works.

We’re not much on Christian movies, but this one is relatively accommodating to the non-Christian-movie watcher, with only enough spiritualism to blunt its sharper edges. God-flick standard Alan Powell marries pretty scream queen Ali Faulkner (“Twilight Saga: Breaking Dawn”), and becomes so full of bliss that he writes a hit song about it, propelling them unexpectedly into the limelight. But with all the glitz and excitement of stardom, he ultimately neglects his new spouse until only man-made religion can save them.

This earthy French drama strikes a chord. A troubled young thief is sent by a judge to live with his aunt and attend vocational school in the country But his half-hearted attempt at going straight is happily sidetracked when he discovers that his bland cousin is secretly part of a gang of taggers who roam the night, bombing local buildings with graffiti. And somewhere out in that night there’s a lone, legendary tagger whose fearless exploits have become legend. Great casting, a terrific soundtrack, an intense script and a sense of the mystical make this worth the read.

WHITE BIRD IN A BLIZZARD

Eva “Penny Dreadful” Green cameos as the missing mother of Shailene “Divergent” Woodley in this coming-of-age mystery/thriller/family drama set in the early 90s. Based on the novel by Laura Kasischke, Christopher “Man of Steel” Meloni plays her father, helpless and distant while the teen’s burgeoning sexuality leads her to an understanding of her mom’s dissatisfaction with modern married life.