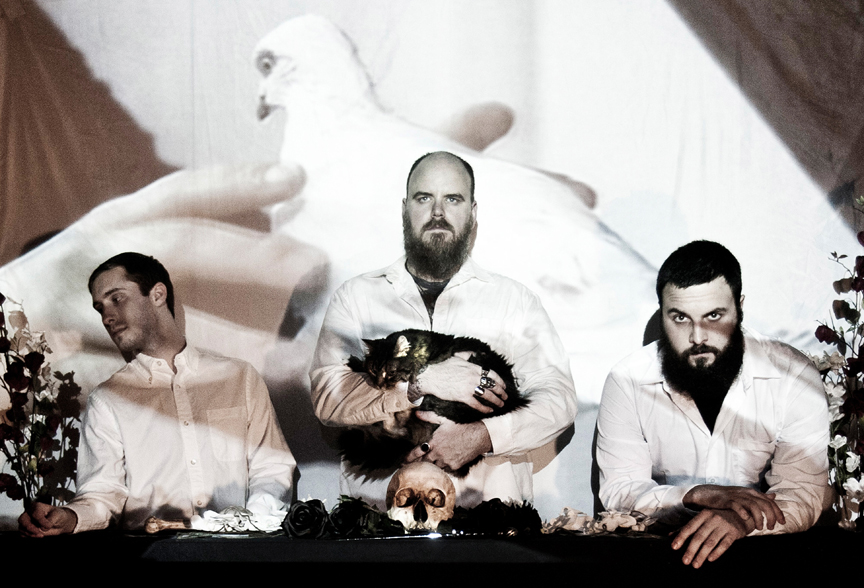 My gut is telling me to talk about this weather, how the snow days were wonderful, how we’ve crossed the Rubicon of my acceptance of winter. But complaining about the weather is like pissing at the ocean, so I’ll use my precious space to talk about how rotten and pointless the Grammys are. It wasn’t Kanye West and his antics, or even the resulting rockism that happened in the wake of his commentary, where perfectly sensible people argued about what is and isn’t “real” in music. No, this is about the very idea of a rated scale of music.

Yeah, I get the irony that I’m writing a column that, by definition, grades something. But, what I’m writing is an unranked list of what I found moving this month and I hope that I compel you to check these things out; any omission here isn’t a comment on an artist or their music. The Grammys seek to make music into something competitive and that’s just not how I see art. So, this column is about the things that I love — the best to me does not need to be the best to you. But I sure hope you find something to love here. I certainly did.

If there is any music that best summarizes lost, dead-of-winter melancholy, it’s Tender Mercy, the creative vehicle for Mark Kramer. The music is as sparse and barren as you can imagine, a stark landscape devoid of anything but the most necessary musical components, which is represented here with guitar and voice alone. There is a quality to Kramer’s music — not unlike a Cormac McCarthy novel — that, in spite of what may otherwise be perceived as bleakness, there is a grain of hope, a light at the end of the tunnel that informs even the darkest reaches of the narrative.

After I heard it, there was no doubt that something off of Dr. Dundiff’s newest, “Frenemies with Benefits,” would make the cut this month. This is such a dope album, and one that really ought to help the good doctor make his mark on the music world. The challenge came in picking the best track, which is difficult on an album full of bangers like this. Is “Bruthery Luv” the absolute best? I’m not sure it’s possible to pick just one, but it comes out strong, and early in the album, which helps it stand out. The subtle jazz elements come off like the Madlib record “Shades of Blue,” which is an instrumental hip-hop classic that, in my mind, never got the attention it deserved. Let’s hope the same is never written about “Frenemies with Benefits,” and that Dr. Dundiff gets all the attention he’s due.

As a music critic, it should go without saying that I listen to a lot of records and filter through a lot of songs. So when I wake up with one stuck in my head, I know I’ve hit on something. Which is exactly what happened with “Nude Descending a Staircase,” the single from Louisville expatriate Andrew Rinehart. Still, I struggled with including Rinehart’s work on this list, as he no longer lives in town, which is certainly a factor here. But Rinehart’s music, with a clear Louisville sensibility, coupled with the undeniably catchiness of the track, makes its inclusion here seem necessary. There is something so beautiful, if entirely bittersweet, about this song that reflects the weather and mood outside, which makes it an essential listen this month and one that’s difficult to readily categorize.

I didn’t see this track coming by a long shot. The brainchild of former Mote guitarist Sam Benanti, “Enormous,” by his new band Airplane Jumper, is a  track that makes me want to go all the way mild, sip a nice drink and read a good book, curled up in a cozy spot. Airplane Jumper is effectively the sour-cream-and-chives mashed potatoes of music: it’s comfort food, but with enough going on that it makes you pause to reflect. There is more than a little of a shoegaze vibe going on here, albeit certainly of the 80’s variety — like a drony, stoner-rock version of The Cure by way of early Low or Codeine, although somehow a more upbeat version of both. This is breezy music that’s easy to zone out to, but equally easy to find interesting qualities with every revisit.

The noisy squalor of Insect Policy is a sweet kind of chaos to my ears, the sort that takes glee in kicking over amps and reveling in feedback. In fact, if “Blue Filter Night,” the lead single from the upcoming “A Contention of Creep Fists,” doesn’t make you want to get rowdy in a garage with some amps and fun riffs, you may be clinically deceased. To be clear, this sounds like music that you can do, which is not some back-handed commentary about skill or what it is to be a musician, but rather that this sounds approachable in every way, like that first punk tape you heard when you were 14 that just made you want to flip tables. This is a strangely compelling track backed by a good riff, fun ideas and a rascally spirit, which with all this ugly weather is something we all need.

With “Man Should Surrender” Coliseum hits all the basic qualities I want in a cover song — and a few I didn’t realize that I wanted. Released as part of the soundtrack to the comic book “The Humans,” “Man Should Surrender” was the lead song from Pailhead, the unholy union between Fugazi/Minor Threat frontman Ian MacKaye and Ministry. Covered here by Coliseum, the band adds their own punk/hardcore vibe, which is not only my basic criteria for a cover song — that the artist makes it their own in some way — but it’s perfect given the context of the release. And it’s for a soundtrack to a comic book, which is probably one of my favorite things of all time. I didn’t even know that was a thing. And here is Coliseum, not only doing that, but killing it.