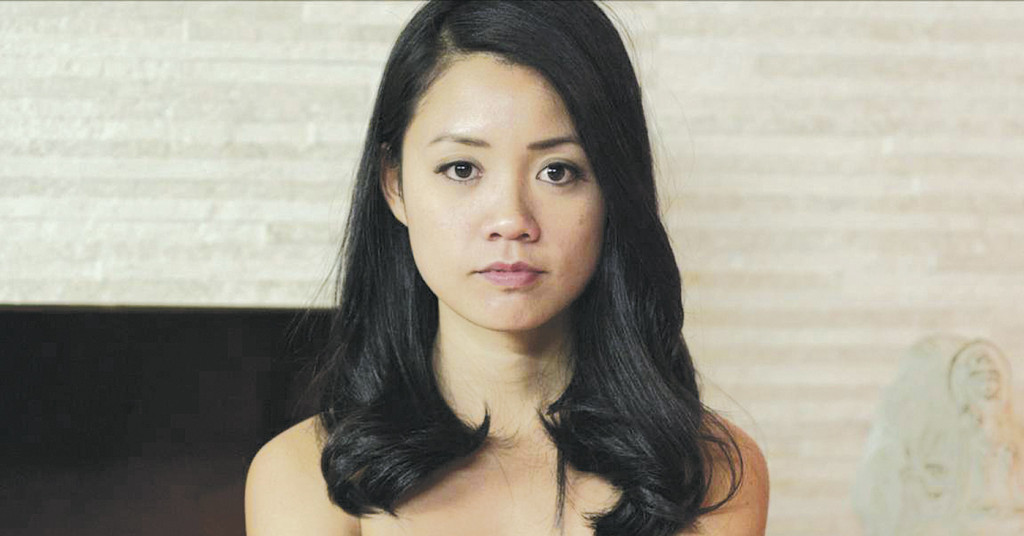 Kawehi (Ka-vay-hee) got her start as a singer-songwriter but felt limited by the format. When she recorded a version of Nirvana’s “Heart-Shaped Box” using a loop machine everything changed. LEO recently caught up with Kawehi and talked to her about her sound, trucker walk and shit talk.

LEO: Tell me about your background and sound?
Kawehi: I’m from Hawaii originally, and lived there until I was 20. I moved out to Los Angeles, lived there for a while and then got sick and tired of living in LA because it’s LA. My husband who’s from Los Angeles found a recording studio in Lawrence, Kansas, and he came out here to look at it. He said, ‘Let’s do it,’ and I said ‘Okay.’ I started doing live loops a few years ago — two years maybe. Before that I was doing your average guitar, singer-chick thing. Then I saw John Bryan do a live loop show in Los Angeles. I thought it was so kick-ass. It was like nothing I’d ever seen before and it looked hard as hell. Which it is.

LEO: What instruments do you play?
K: Instrument wise, I can play anything that makes noise. I can play a little bit of everything — you kind of have to.

LEO: The YouTube cover of “Heart Shaped Box” was the point that things seemed to change for you. How do you feel about the mediums musicians have to explore and share their music?
K: Yeah, I had a very small, but super loyal fan base. After that happened, I went from nobody­ — now I’m able to tour. My core audience got bigger, which is great. Things are completely different than before. You can be a mid-level, earning-a-living-and-paying-the-bills kind of artist. Before the Internet and all of these avenues to get your music heard, you didn’t have that option. Everybody has an opportunity now and that’s how it should be.

LEO: I love that your bio says, “What you don’t know won’t kill you.” Is privacy really important to you?
K: I’ve read so many different bios and it seems bios now are a way to tell every accomplishment you’ve made in your lifetime. All that stuff does not really matter to me. I feel like it’s boasting and unnecessary.

LEO: Your site also says that you walk like a trucker and are a shit talker, which says a lot about your humor. I feel that artists create their best when they are honest.
K: I do talk a lot of shit. My husband always teases me that it’s like being married to a hot trucker. I’m not a heels person because I will fall on my ass. I think people like to see something genuine — especially now. Everybody wants something real and not canned or fake.

LEO: Interests outside of music?
K: In my free time all I want to do is eat pizza, drink wine and play with puppies.