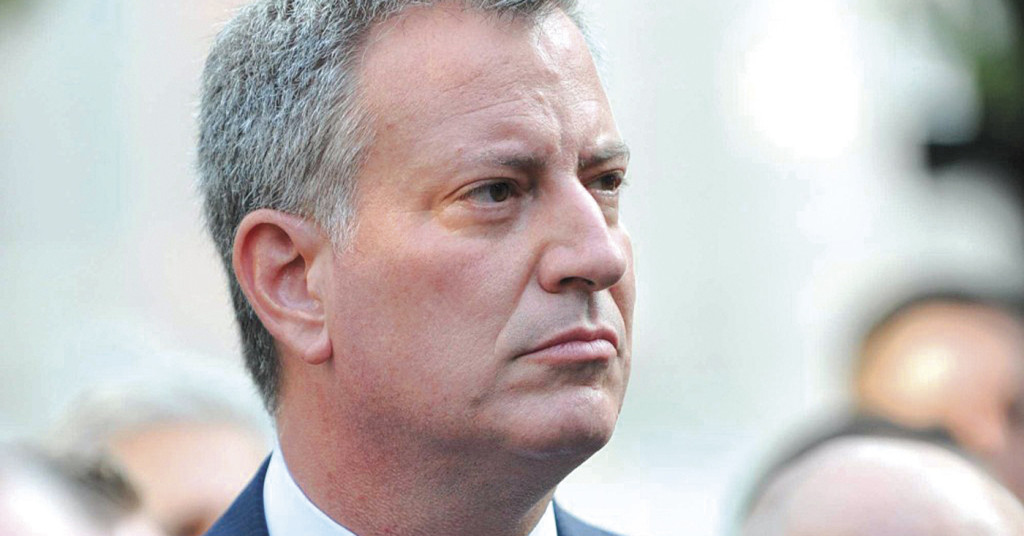 New York City mayor, Bill de Blasio, has arranged to meet with New Jersey Governor, Chris Christie, in the wake of the mayor’s recent feuds with the city’s police officers. According to a statement from the mayor’s office, the purpose of the meeting is for the mayor to better understand how to be a dick to unruly public employees.

De Blasio’s press secretary, Phillip Walzak, told reporters that the mayor has always admired Mr. Christie as a politician and watched with envy as the Governor successfully puts lowly public employees in their place.

Walzak told reporters, “Ever since Governor Christie was such a dick to that teacher who challenged him on public versus private schools, the mayor has always wished he could be a little more like Christie.”

He continued, “The mayor always knew there would be a sharp learning curve to the job. None of us expected to have to deal with the NYPD so soon. And when it comes to keeping your public employees in line, there is no red America or blue America.”

While Gov. Christie has demonstrated a willingness to work with Democrats in the past, sources from inside his administration indicate that the Governor is only doing this out of concern for New Jerseyans in New York. According to a senior aide in the governor’s office, Governor Christie was initially tempted to be a dick to de Blasio — himself a lower-ranking public employee — before considering the number of people from New Jersey who could become vulnerable should the situation with the NYPD and other agencies continue to deteriorate.

When asked at his weekly press conference about the summit, Governor Christie said, “Mayor de Blasio is a nice guy. He’d be a great mayor of a small, midwest town. But New York City? New Jersey? You have to know how to tell people, ‘Shut up’ and ‘Do your job.’” He continued, “I’m mostly concerned that if he lets the police and other public employees push him around like this, it could jeopardize the safety and wellbeing of New Jerseyans.”

Details of the Dick Summit are being kept private, but Mr. Christie indicated it will be over a drink. He said, “Blasio isn’t what I would call the type of guy I could have a beer with — I’d say he’s pretty much just a nerd — but if you’re going to teach someone how to be a dick, kinda have to start with a beer or two.”