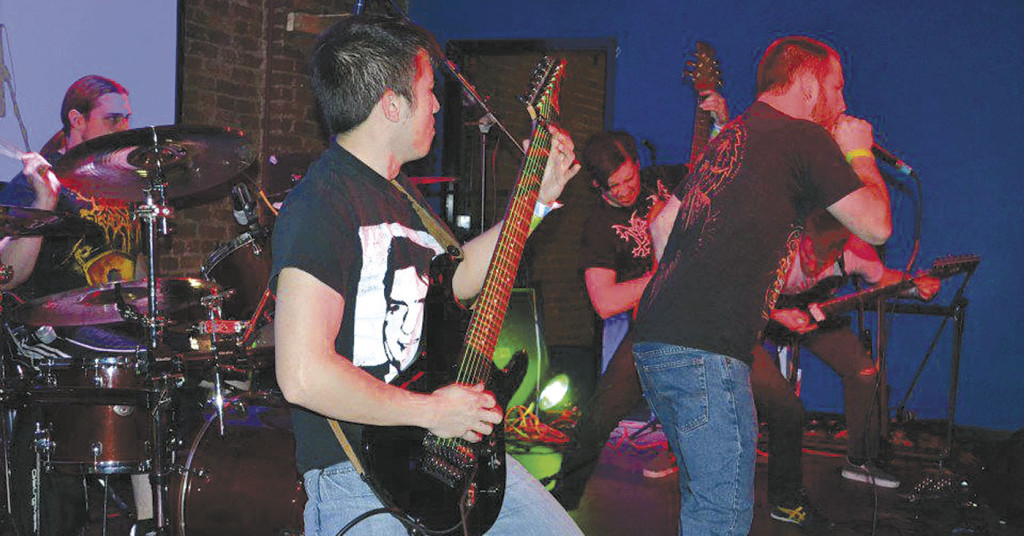 littledidweknow has been terrorizing Louisville with their unique brand of technical and chaotic metal for a number of years now. Their hard work has certainly paid off, resulting in getting signed to Subliminal Groove Records after the release of their first full-length in 2013. Leo spoke with vocalist Sully to get the scoop on their upcoming EP “Mindset,” which is tentatively planned to be released in April.

LEO: Would you say the new material is an improvement for the band?

S: The switch to 8-string guitars has helped me to fill out more with my voice, but also allowed for us to focus on solid rhythms and solos. We focused on trying to progress more each song. We might go to 11-strings one day if I had my way.

LEO: How would you describe your band sound wise?

S: We’ve had a hard time deciding as a group. If I had to say, I would say tech-ish death wannabes. We have trouble describing it, but, maybe death-ish metal or PG-13 pink metal.

LEO: How did you learn to make those dinosaur-like sounds?

S: Honestly most women I had sex with made those sounds, so I learned from them on my own.

LEO: What inspired you to do “extreme” metal vocals?

S: Because I sucked at guitar. And I got ideas from screaming at a 7-foot-tall guy that had issues with walking.

LEO: Where do you see the band going?

S: We are going to do a second EP release and hopefully make you not wait as long this time.

You can catch littledidweknow at Expo 5 on Sunday, March 1.