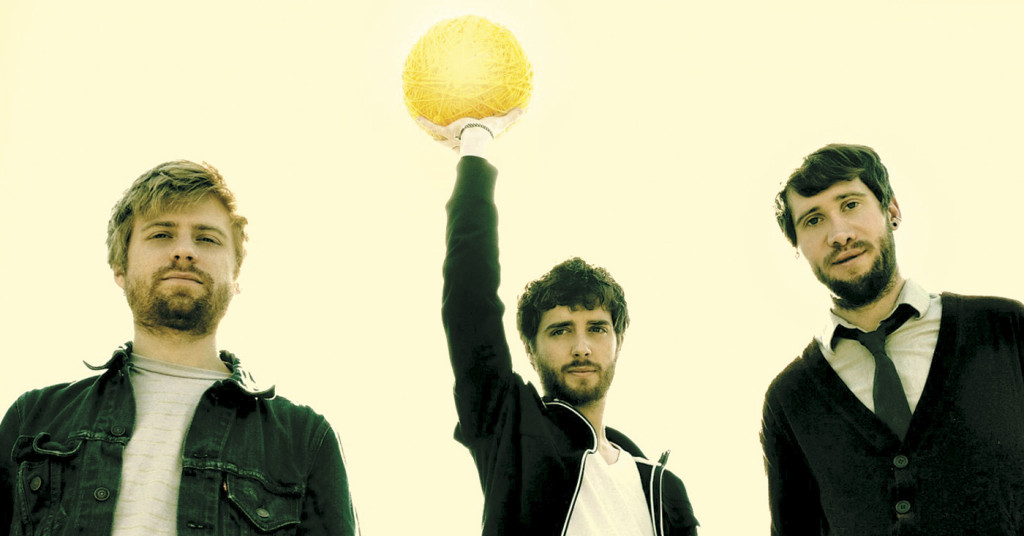 After a decade together, Jukebox The Ghost is enjoying its highest level of popularity, thanks to a single, “The Great Unknown,” which went top 40 on the adult alternative radio charts after its release last fall. “I think us being a band for this long, it gives us a new appreciation of working with each other,” says singer/guitarist/bassist

Tommy Siegel. “It doesn’t have the urgency of the first or the second or even the third record. You’ve got a lot of ego-proving going on, especially when you have multiple songwriters in a band. But we’ve been in a band long enough where I feel very grateful to be playing with these guys and that we’ve lasted as long as we have. It’s a much more open and collaborative experience than it used to be. So from my vantage point, this band has never been in a better place.”

It’s easy to hear how Jukebox The Ghost has changed on their latest, the fourth studio effort from the D.C.-area trio of Siegel, singer/keyboardist (and fellow songwriter) Ben Thornewill and drummer Jesse Kristin.

The band still is all about creating pop songs, crafting peppy tunes that feature buoyant melodies, sprightly tempos and graceful vocal lines, but Jukebox The Ghost has significantly reshaped a sound that had previously been built around guitar, piano and drums by liberally incorporating a wide range of synthesizers, electronics and programmed rhythms into many of the new songs.

The first three albums “Let Live and Let Ghosts” (2008), “Everything Under The Sun” (2010) and “Safe Travels” (2012) had shown that Siegel and Thornewill had the ability to write appealing songs that sounded a bit like a cross between Ben Folds and Andrew McMahon (of Jack’s Mannequin and Something Corporate).

The new sounds Jukebox The Ghost chose – synths, electronics, programmed rhythms – also put the group much more in step with the kind of synthetic sound and production that’s common in today’s pop, hip-hop and other music dominating commercial pop radio.
This has prompted some accusations that the “Jukebox The Ghost” album is a sell out, a calculated attempt to gain mainstream popularity.

“What’s interesting to me is that in theory selling out would be kind of doing the easiest thing possible, at least the most easily accessible thing,” Siegel explains. “And we had so much hand wringing when we were making this record because there were just so many decisions where we wondered if it was too reckless, if it was too crazy, if our fans would even like it. It sounds funny to say, but to me it’s not a sell out record. It’s us actually trying something new. We could have kept going with the same sound we had on the first few records, but I think it would have just ended up being kind of a drier version of the same thing. I’m sure it would have been fine, but having this experience definitely opened up a new lense of looking at the band.”