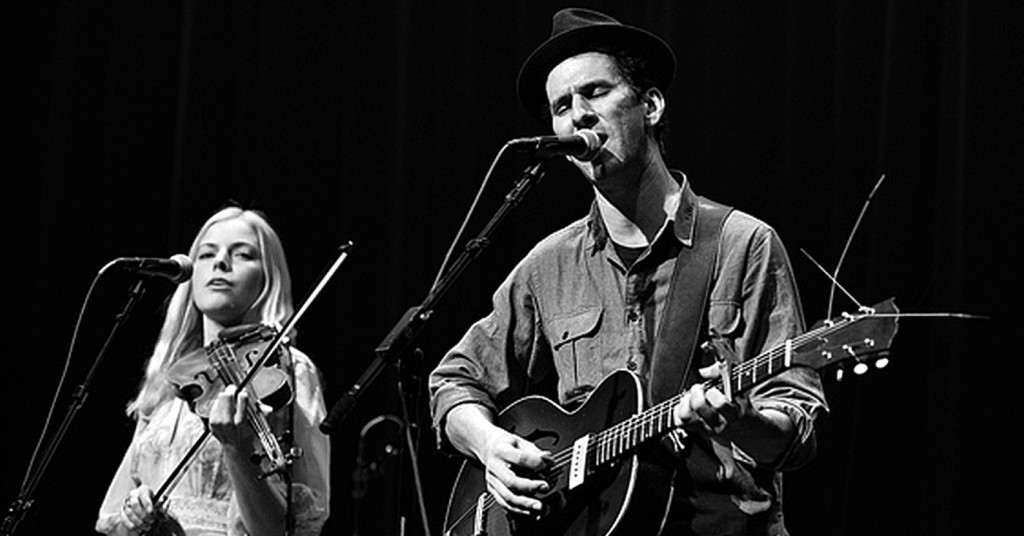 Busking isn’t an easy way to make a living, but it can lead to some valuable connections and the opportunity to expand one’s musical horizons. Just ask Gill Landry, who comes to town as part of the Communion Series — the record label has recently expanded its monthly showcases to include seven new cities, including Louisville. Originally from Lake Charles, Louisiana, Landry has traveled the States as well as Europe, meeting his future bandmates in Old Crow Medicine Show on the streets of New Orleans. He was playing in an old-timey band, The Kitchen Syncopators, before joining Old Crow, and now pursues a solo career when not touring and recording with them.

He’ll hit town shortly before beginning a month-long tour with Justin Townes Earle. His new self-titled (and third) album will be his first on Dave Matthews’ ATO Records. Its ten songs reflect his continuing growth as a writer, with guests including Nick Etwell from Mumford and Sons on trumpet for several songs. He recorded most of the album in his self-described “ramshackle, shanty-ass apartment” in Nashville, from which he spoke to LEO about his writing and the different roles he plays as solo artist and band member.

Landry began the conversation by differentiating the two: “I’m more of a songwriter. While I write for Old Crow, I play more as a sideman with them. Old Crow is more good-time music, where my own work is more personal tales of all kinds of slips and salvation.”

LEO: Did you approach this album in a different way than your prior two albums?
Gill Landry: Yes, I produced it myself. In the prior two albums, I brought in people and spent more money. I started out with an engineer, then engineered three-fourths of it myself.

LEO: Did this extend your boundaries and give you additional freedom to fulfill your own vision?
GL: It gave me the freedom to take more time than previously. And I could pursue my passion and be more attentive to details.

LEO: Have you been influenced by any songwriters as you have crafted your own work?
GL: Initially, Bob Dylan, Hank Williams, Townes Van Zandt, Warren Zevon, Leonard Cohen.

LEO: “Emily” on the new album seems to have a Leonard Cohen feel . . .
GL: That was more inspired by French composer Gilbert Bécaud, whose material I heard when I spent some time in France.

LEO: Do you find that when you tour as a solo artist, that you are faced with any expectations that “he’s from Old Crow, he ought to do ‘Wagon Wheel’?”
GL: [Laughs] That’s always a possibility. It’s been tricky. My music doesn’t really represent Old Crow. I can’t control what someone goes to a show intending to see. I hope they’re open to surprise. But I think that most people have much broader taste. I’m going to mainly relate the songs as purely as possible. I’m going to bring as much variety as I can to reflect my folk influences and passions.