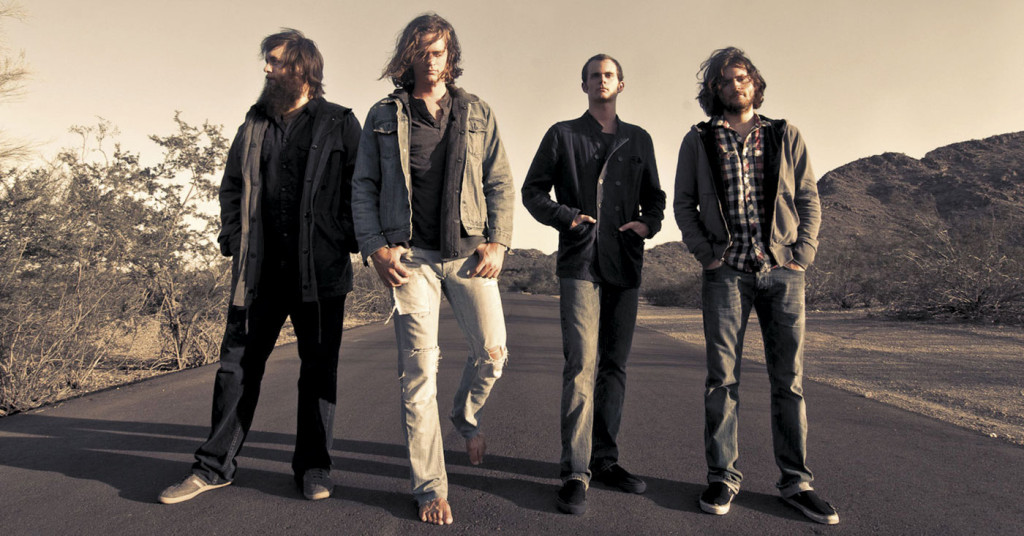 Hailing originally from South Africa, Kongos (also the last name of the four brothers who makeup the band) found their way to the United States to be near their mother’s family in Arizona. During that time they followed in their father’s musical footsteps. LEO spoke to Johnny Kongos about kwaito, their latest album and what it’s like to be in a band with all of your brothers.

LEO: Talk to me about the band’s sound, which has been described as kwaito.

JK: It’s a South African music called kwaito. It’s an influence on one or two of the songs, endeared in the groove on “Come With Me Now” and “Hey I Don’t Know.”  It’s a massive variety of music that has influenced our sound. Not just South African music but West African music. Somehow “Lunatic” ended up sounding like this mixed up collection of our influences.

LEO: What has been your musical trajectory with “Lunatic,” your latest album?

JK: It’s been out for quite a while and took some time to get any traction here in the states. We’re on our third single, “I Want To Know,” and it’s just getting started on radio. So far, it’s going really well.

LEO: Your father had a music career in the ’60s and ‘70s. How does his career influence your music and approach to the business?

JK: If you listen to some of his records, you can hear the direct lineage of the sound. It kind of speaks for itself­­. As far as the music business side of things, he helped us to avoid some of the pitfalls and to not make some of the same mistakes he learned along the way. He was very encouraging, but he and our mom, when we decided we wanted to be in a band and pursue it seriously, there was no ‘Oh you guys need to go to college’ sort of argument that probably a lot of parents have with their kids. He knew the kind of potentially rich life it could be and how much fun it could be.

LEO: How is it working with your brothers?

JK: The kind of weird thing is that around this time last year “Come With Me Now“ started to pick up on radio and it’s been a complete blur. It’s like we’ve woken up a year later and here we are doing our first headlining tour and selling out huge venues. Within the year, it’s completely changed our lives. There’s very, very little to complain about. The bus is cramped.

LEO: What should audiences expect?