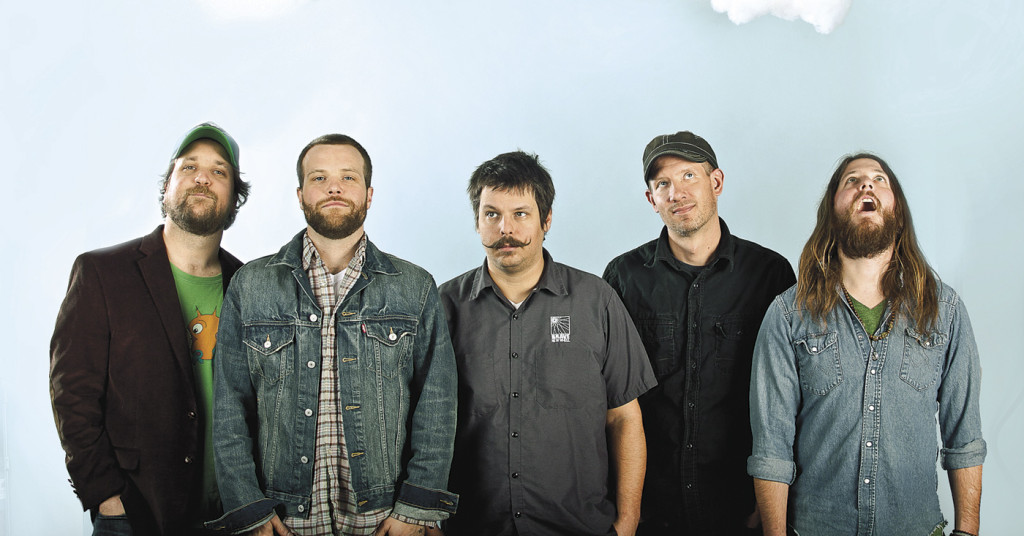 Greensky Bluegrass has developed its fanbase the old-fashioned way — one gig at a time. They started in Kalamazoo, Mich., in 2000 playing rock and funk covers on bluegrass instruments, but with time, they’ve carved out their own distinct original material. Their latest album, “If Sorrows Swim,” demonstrates not only musical dexterity, but mature songwriting. Paul Hoffman, mandolinist, vocalist, and one of two songwriters for the band, spoke to LEO from the road.

With a grueling schedule, he said that they stay fresh by keeping their nose to the grindstone and continuing to create.
“We’re always learning and playing new songs.” Hoffman says. “I usually write on guitar, and I’m inspired by a lot of music that’s not bluegrass. I try to explore different ideas and different musical textures.”

Although they heavily focus on original material these days, part of their creative identity still revolves around restructuring existing material from other artists.

“It’s interesting for us to learn a song that was played originally on synthesizer, drums and guitar, and translate that to our instrumentation. Maybe our bass is the kick drum, and the guitar is the bass. In the early days, we gravitated towards playing Prince and Grateful Dead songs, because we were playing bars used to rock bands. We’d play ‘When Doves Cry’ for a long time, and it was like a converter for people when our banjo player would be ripping that melody.”

And while evolution has been their key, still enjoying what they do is still the main thing that keeps them moving forward.
“We have a lot of fun playing music and traveling together, and our fans can see that, and transcends to their enjoyment as well. Our new record has been more successful so I think we’ve gained a lot of new fans recently, more quickly than in the last few years, but when people come to a show and have a good time and want to come back next time, there’s no better way to turn a fan than that, because that’s the real deal.”