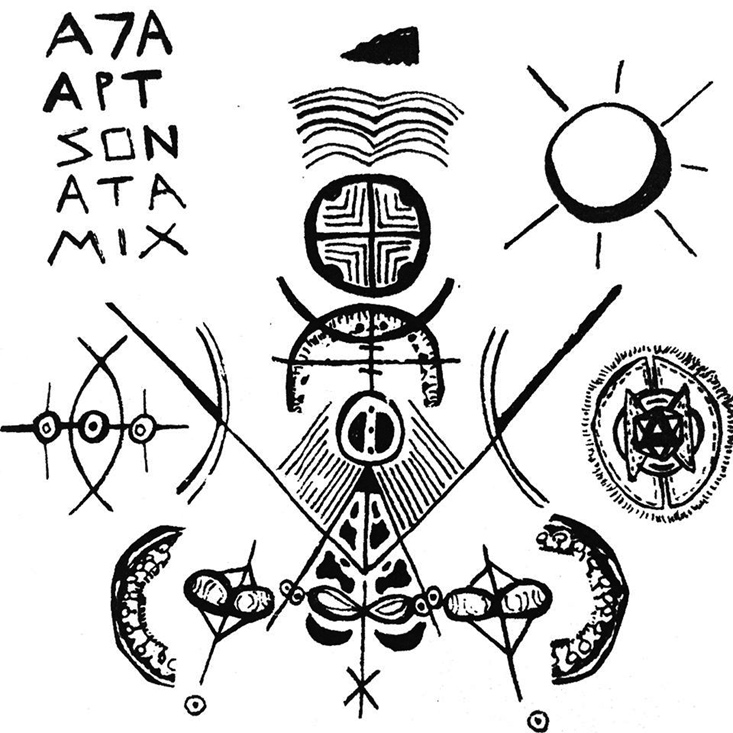 With the release of “APTSONATMIX,” A7A composer JC Denison somehow manages to balance the mechanical minimalism of Steve Reich or Terry Riley with the hyper-maximalism of Flying Lotus or Rustie. While A7A have a clear indebtedness to both, the end result is beholden to neither; Denison forges his own very distinct path that clearly shows his influence is a unique synthesis of disparate tastes. At sixteen tracks, the album never really feels especially cumbersome, with plenty of shorter numbers and tonal diversity throughout. Tracks like “Guerilla Monsoon” or “Stunts Again” are pure drone compositions, a deft counterweight to the more energetic pieces like “Proximate Suns” or “Usable Nubile Doom.” While best consumed at high volumes on a stereo, there is something a little flat about the recording, not in the quality of the music, but in the overall sound.