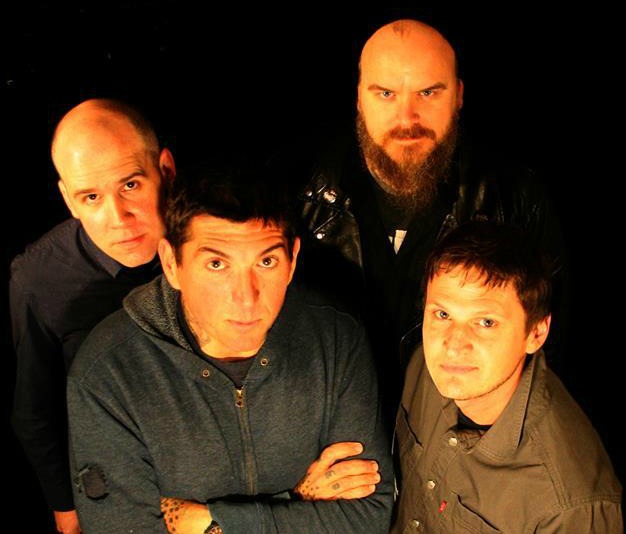 A veteran of the Midwest indie scene, Brandon Butler has played with a number of notable acts like Boy’s Life, Farewell Bend and Canyon. Most recently, Butler moved to Louisville, where he met up with Ryan Patterson, Forrest Kuhn and Keith Bryant, all established players of the local punk/indie scene, to form Six Bells.

If there are musicians who like to be asked what they sound like, they are far and few between. When posed a variation on that question, to describe your band to someone perhaps unfamiliar, Butler had little reservations in replying: “Six Bells is American rock music, imagine if Tom Petty and Quicksand had a baby.”

He continued noting his influences: “Neil Young, Afghan Whigs, Replacements. I have always tried to use the spirit of my influences without imitating them too much. Good thing is, some of those influences bleed in from time to time.”

Therein lies Butler’s charm; the earnest straight-forwardness about his music being born from his love of guitar and loud amps, and that the name of the game is fun. For Butler, part of that fun is in writing and performing with his bandmates.

“The joy is the instant gratification of a great idea happening in real time,” he says. “When everyone looks at each other and knows the song is going to be a good one. These Louisville rockers never lost the ability to throw down the fast jams.”

So are there any new challenges he might yet want to face?

“No not really,” he says. “I covered all my bases over the past 20 years. I’ve always had one foot in the punk/hardcore scene and one in the Americana/alt-country scene. I think that Six Bells’ music reflects that. Some of the songs are big and open and some are full-on rock. With this band I am able to play in a heavier style than other bands I have been in. That’s been really fun for me.”
Of course, the one obstacle for any adult musician is making it all work, which Butler, now a father, has done for years.

“Bottom line, parenthood is tough and amazing: example, I am typing this answer and my son just pooped his pants,” he says via email. “I have a great deal of dexterity and large hands so I can change even the soupiest diaper with one hand on his squirmy body and one hand doing the dirty work. I have been known to divert pee barehanded at the same time. My punk rock past has geared me for multitasking and dealing with stinky cry babies.”

As to the show with Wildhoney and Expert Alterations at The New Vintage this Monday, Butler promises simply, “An engaging rock show, all senses will be engaged, all ears unplugged will ring, all questions will be answered.”