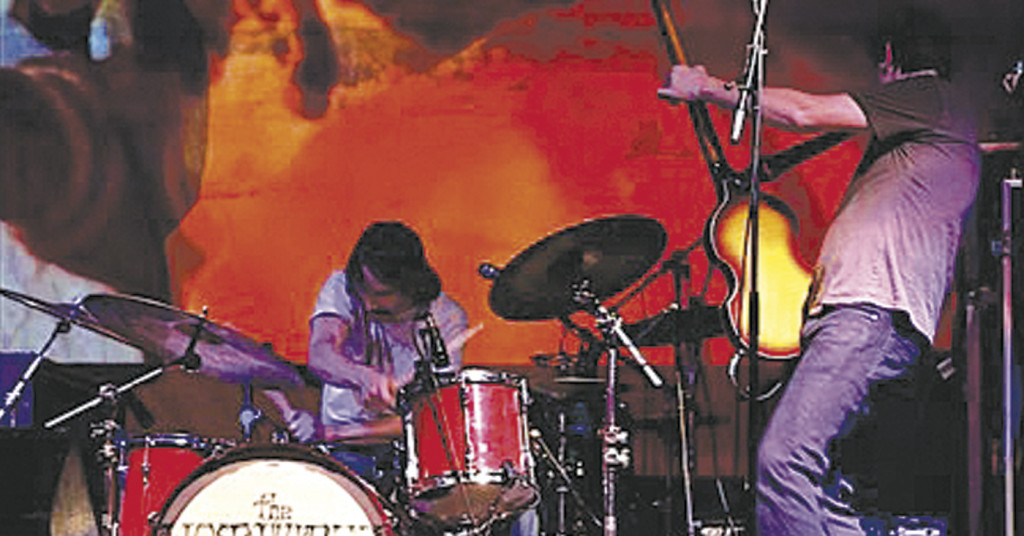 Brian Gray and Brad White are old friends. The two met while attending college, and soon formed their first band, Pine Club. “We’ve been playing together a long time,” drummer Brad White tells me. “I moved away for a while and Brian joined a band called Danger Bird. They kinda ran their course, but he and I started playing together again. And since we’ve been playing off-and-on since 2001, we can pretty much read each other’s minds now.” And right there, The Hot Wires were born in the reunion of old friends.

But the line-up wasn’t set yet. The rhythm section was light, and there was a succession of temporary sit-ins on bass – until local music veteran (and former bassist for Endpoint) Jason Graff caught one of their shows.

“He hadn’t been onstage in 24 years!” Brad says. “When he left Endpoint, it was the early ’90s and they were in their heyday. When he left, he moved to Alaska and grew a beard before beards were cool. He just completely left the whole thing behind him.”

With their straightforward and psychedelic brand of classic-sounding rock, they managed to coax Jason into picking up the bass again and joining the band. At the end of 2014, the three went into studio and recorded their new LP “Phantom Fire,” which is a collection of songs doled out by a hard-hitting power trio with blues-driven grooves and psychedelic guitar that throws your mind back to the days when names like Cream, T. Rex and Led Zeppelin dominated your parents’ turntable.

You can almost smell patchouli and water bongs through the black-light haze of a song like “Never Coming Down.” When speaking about their obviously vintage influences, Brad kind of laughs: “A lot of that stuff you pick up by default. There are things you study and things that just happen to you, especially in the South. Classic rock is part of the culture — you can’t help it. You’re gonna know The Rolling Stones, you’re gonna know Black Sabbath, you’re gonna know The Kinks. That stuff just happens to you.”

Which is why The Hot Wires work. There’s something almost spiritual about that particular era in music that they’re calling us back to — everything was so impactful and honest and you can’t avoid it. It just hits you. And The Hot Wires is the perfect band to do the hitting around town.