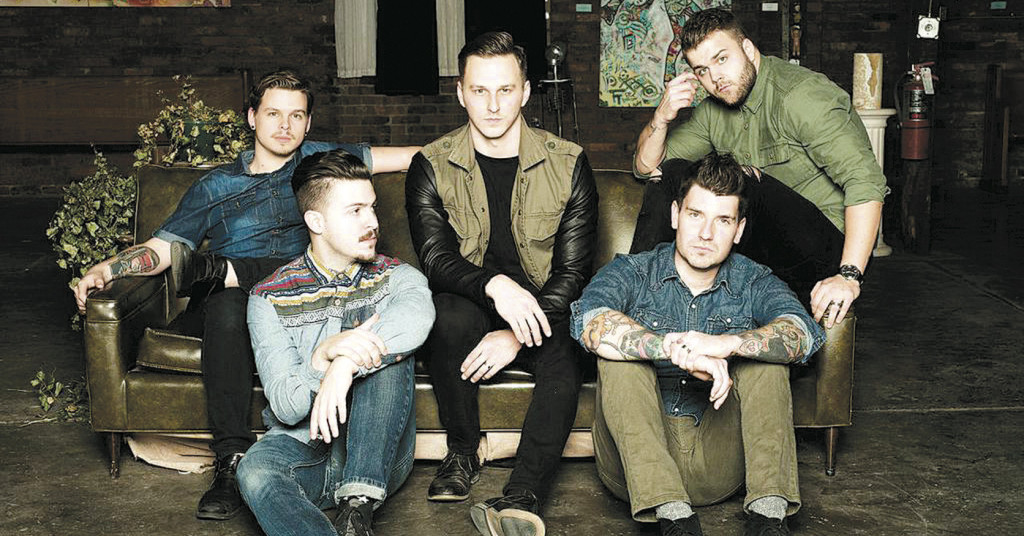 A Lion Named Roar recently won American Songwriter and Martin Guitar’s “The Pub Deal,” a $20,000, year-long publishing contract with Secret Road. And, the weird thing is, for the band, winning was partially fortuitous.

“We didn’t voluntarily enter; that was the funny part,” says guitarist Tyler Anderson. “We’ve done some stuff with them in the past — some features, some Q&A-type of deal. We had someone reach out and was kind of prodding to insert one of the songs into [the competition], so we did that and didn’t think anything of it. Maybe two months go by and we’re in the top 100 — we did the battle of the bands thing when we were much younger, much more ambitious — but we didn’t think much of it. A couple more weeks go by and the top 25 get announced and I think that maybe I told a couple of the guys, but then a week later Secret Roads called because we were in the top five and they were trying to decide who to sign.”

Something like this is not only incredibly exciting for a band — giving them a little room to financially breathe — but it also increases the sense of urgency to produce new, better material. While the members of A Lion Named Roar realize this, it’s business as usual.

“It puts the pressure on — to write better songs, catchier songs,” says the other guitarist Taylor Barton. “Essentially, we just like to write and record music and be creative, so I think it’s just, one, a challenge, but, also, it’s inspirational to kind of kick stuff in high gear again to make music that we love and that hopefully other people love as well.”

They currently have two songs mastered and ready to go, which will be a part of a three-track EP (still in a working title phase). And the short-term goal extends beyond that, as the plan is to release four three-track EPs over the course of the next eight months. With the forthcoming music, they hope to establish a back-to-the-basics, less-is-more dynamic that sticks in people’s minds for all the right reasons.

“We’ve been listening to that new Arctic Monkey’s record; that’s been on repeat for a long time,” says Anderson. ‘We’re really digging the simplified, riff-oriented-type stuff — bands that have this emotive atmosphere behind their arrangements and just really singable melodies. I think that’s what we are kind of aiming for with the new stuff, to kind of get back into iconic guitar parts that are really memorable, sitting behind an arrangement where the melodies are highlighted.”

And, as the process of releasing music becomes more expansive and convoluted, the strategy of dropping records becomes more than the evolution of a sound or a public relations campaign: it’s now also a decision of what platforms that you want to put your trust in.
“As a band, you kind of want to be intuitive in terms of your fans and what they are looking for,” says Anderson. “We try, to the best of our ability, to know what our fans are looking for. Which is tough. But, right now, they want Spotify.”

And, while we all know that it’s not easy for bands to get rich off of streaming, for A Lion Named Roar, it’s about more than that.
“At the end of the day, for us, it’s not about making money; it’s about letting people hear what we created and what we’re proud of — and hopefully they enjoy it,” says Barton.