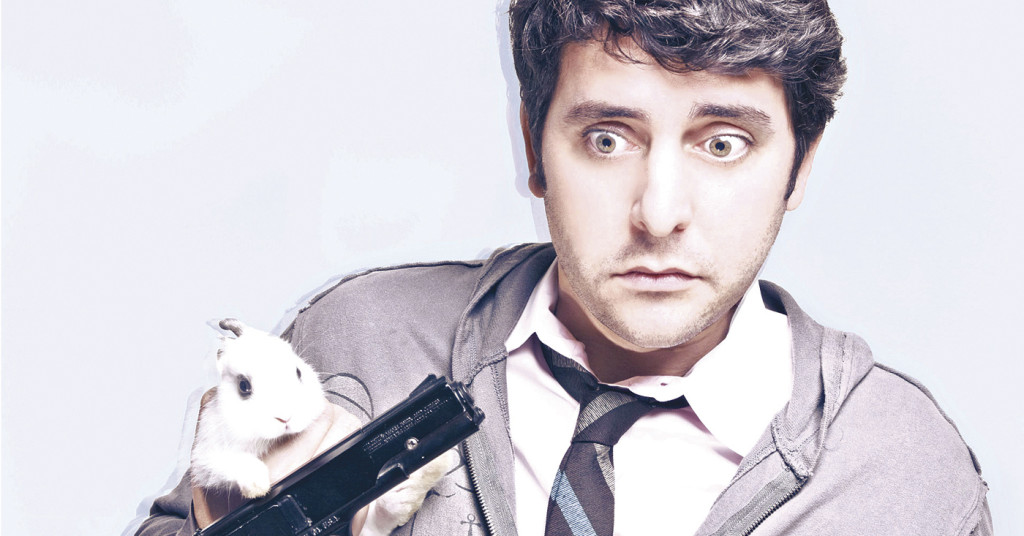 Ben Gleib has appeared on “Last Call with Carson Daly,” “Last Comic Standing” and the ESPN sports award show The ESPY’s. He was a regular panelist on E!’s “Chelsea Lately,” voiced Marshall the Sloth in “Ice Age: Continental Drift,” and hosts a (semi) regular podcast on Kevin Smith’s Smodcast network. Glieb will be performing at Laughing Derby this weekend, and he took some time to call in and chat with us.

LEO: What was your first time doing stand-up like?
Ben Gleib: It was on my summer break from college and I went to the L.A. Cabaret in Los Angeles, and there was this open mic where you had to pay five dollars to go on stage for three minutes. I wrote some jokes that day, I tried to do some crowd work – but I got up there and it was blinding. I didn’t know it was going to be such a bright light. I couldn’t see and I bombed so badly.

LEO: Did you have any friends there?
BG: I had my best friend and the girl I was in love with in college and her best friend.

LEO: How did that play out for you?
BG: Not great. Never even ended up dating that girl … well, briefly.

LEO: She didn’t even throw you pity sex after a bad show?
BG: No. It took me years after that to even get her attention.

LEO: What is your writing process like?
BG: I write it down instantly. The second I think of it. Because I don’t think it will ever be phrased as well as that first time when it made you laugh in your own head. And then I go onstage and work it out. I’ll add more to it and feed off the urgency of the moment, looking for ways to constantly make the joke better.

LEO: Is a joke ever finished?
BG: I mean, I think there are points when a joke is pretty well set in how it’s going to be, but you can always make in improvements. That’s why sometimes it’s best just to move on, because you spend a lifetime on one detail, or you can spend a lifetime creating a bunch more work.

LEO: I would think that being a comedian, eventually you must get bored telling the same jokes.
BG: For sure. But that’s kind of a comedian’s lot in life; he is destined to repeat his own jokes. About two years in, I got really frustrated that I had to keep repeating the same jokes over and over again. And then I realized it’s a privileged job; you get to make people laugh at things you wrote. How pathetic am I? I’m too much of a baby to repeat these things that make people laugh? And if I truly get bored, I can just write a new joke … so it’s a stupid thing to let bother you.

LEO: You’re a sports guy, and everyone’s saddened about the news of Stuart Scott’s passing. Did you have any experiences with him?
BG: Yeah, just one. I was at the ESPY’s this past year. And I was in the room when he made that incredible speech about his struggle with cancer, only a few months ago. That was so powerful, and I was backstage afterward and we crossed paths. His eyes were a little emotional and watery, and I said to him, “What an inspiring speech, thank you.” We spoke quickly but it was this little moment of just very human connection.

I recently lost one of my very best friends to cancer just a couple of months ago; he was 33. And when things like that happen, it puts everything into perspective. It makes you remember what really matters — friends, experiences, living each day, every minute in the moment. All the rest of it you can fill with all the little projects and details you want, as long as you’re living with all your heart that’s what matters. I guess the best we can do is remember our friends that have passed and use their lives as inspiration to live well, be ourselves and don’t let other people dictate how we live our lives. If you wanna take on the world, take it on. Or if you wanna have a Popsicle, you should do that too. •