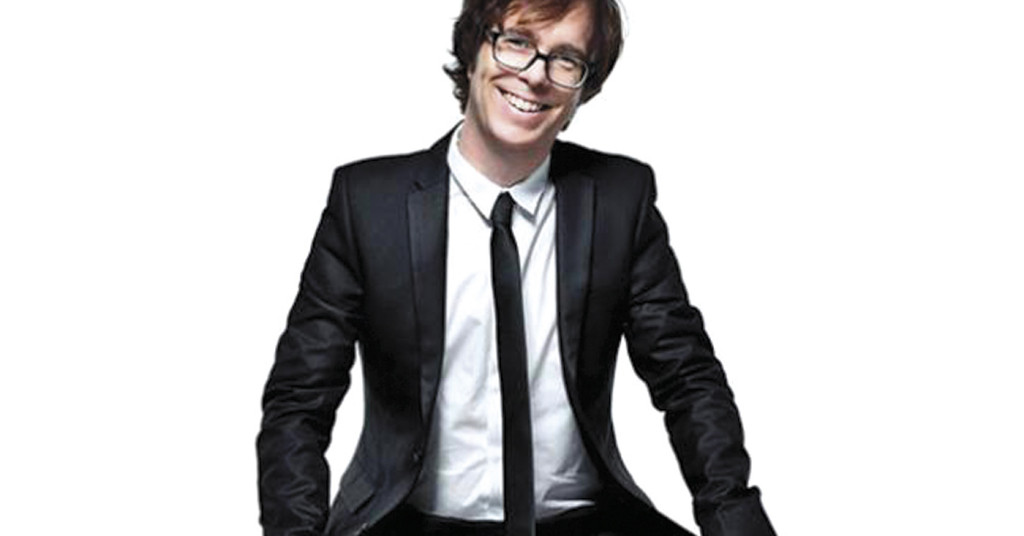 For many in my generation, “Whatever and Ever Amen” represented a careful balancing act in alternative. Here was an album that carried youthful angst with mellow instrumentation, while still managing to have some degree of emotional valance. The melancholic ballad “Bricks” and the sarcastic screeds in “Song for the Dumped” or “Battle of Who Could Care Less” mirrored tumultuous emotional periods, cataloging the pitfalls of relationships that are easy to connect with.

But Folds is much more than just punchy piano pieces and pithy lyrics, which he set out to prove with his solo career in the early part of the 21st century. Since 2000, Folds has performed as a solo artist … with a long and diverse list of collaborators ranging from William Shatner to Neil Gaiman. In 2011, he reunited with his Ben Folds Five bandmates for the 2012 release “The Sound of the Life of the Mind.” Folds has contributed his music to film and television, and served as a judge on the acappella singing contest “The Sing-Off.” A native of Nashville, Folds owns and operates the famous RCA Studio A, which was the spot where Elvis Presley, The Beach Boys and Dolly Parton all recorded. In addition, Folds is a member of the Board of Directors of the Nashville Symphony.
With a resume like that, it’s clear that Folds is a man who follows his muse wherever it may take him. His work as a collaborator with such a wide variety of musicians and artists illustrates his willingness to explore the unknown, be that by letting someone else steer, or just in attempting a new adventure.

My earliest memory of Folds was during my time as a senior in high school, some years ago. Ben Folds Five opened up a door for me that was previously unknown. Here was a band that made powerfully emotive music without any of the conventions of a rock band. Gone were the raging guitars or screeched vocals, replaced instead by playful piano work. As a burgeoning musician myself, I was part of the generation who learned from Ben Folds that you don’t have to make a big noise to make an impression, that you can convey stormy or angst-ridden ideas across without yelling about it. He felt a bit more relatable than Billy Joel or Elton John, a suburban sort of charm that felt equally at home in the late-90’s slacker culture from which he emerged and in the gloss of the early-aughts.
It’s that working class ethic that’s informed his music in the interim. Nevermind the bombast here; despite composing a piano concerto with symphonic accompaniment, Folds’ music feels as intimate as ever, with just a little roughness around the edges to make it relatable. You could just as easily imagine him playing a crusty upright piano in a dive bar for twenty people, as with a full orchestra in front of an audience of thousands.

Perhaps it’s his often absurdist lyrics that engender that image of the everyman, but with lyrics like “If you can’t draw a crowd, draw dicks on the wall,” from the 2012 Ben Folds Five track “Draw a Crowd,” it’s hard to not at least chuckle. There is an irreverence threaded throughout his music that makes him feel like one of the guys. Combine that with his disparate choice in collaborators or videos made with The Fraggles, and it’s hard not to see Folds as a Peter Pan-esque figure, committed to keeping the fun in his music. This is clearly the work of someone who wants to make what he does a pleasure and not a job.

Whether it’s as a cameo player on the television show “Community” or as a member of the Artist Committee for Americans for The Arts, where he advocates in favor of music therapy and education, Folds has made his entire life about music. This is manifested not only in his career choices, but also in his music itself. You’ll be able to hear that in action this weekend as Folds plays a one-off gig in Louisville this Saturday at the Kentucky Center for the Arts. Expect something especially cinematic as Folds is to be accompanied by a full symphony orchestrated by Louisville Orchestra Principal Pops Conductor Bob Bernhardt. Tickets start at $35 and the show starts at 8:00 pm, with an expected two-hour run time.