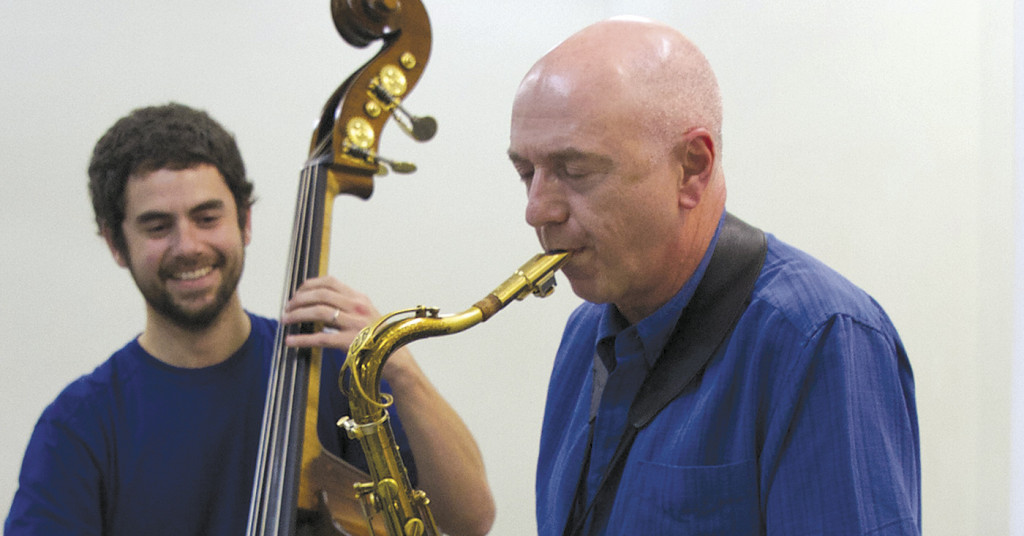 Mike Tracy spoke to LEO just after returning from one of his many trips to Brazil, where he visited friends and soaked in music. He’s Director of the Jamey Aebersold Jazz Studies Program at the University of Louisville School of Music, but right now his focus is on his upcoming concert of strictly Brazilian music, and the musicians will include some from Brazil. Of course, “Brazilian music” is like “American music” in that it’s not one style, but many.

“While people in the USA start and stop with Antonio Carlos Jobim, he was but one of many,” Tracy says. “We look for compositions from all parts of the country, because each one has its unique style and rhythms. Jobim was associated mostly with bossa nova, but there are many others, such as afoxé and maracatu. The biggest difference between these styles and jazz is that swing is not part of them. Instead, straight eighth notes, in different rhythms, are associated with their cultures.”

“What happened was that I had a connection with a student. He was trying to learn the music from our country, and we’d show him that,” he continues. “He invited me down years later, and that’s when I saw and heard firsthand what the difference was and how exciting it could be. I did have some problem adapting my jazz background to the rhythms and styles of Brazil. The harmonic concept is pretty much the same, they use the same chords we do. But it took me a long time to learn the musical dialect. You really can’t verbally explain it, you really have to have an idea of what it sounds like, and I’m still a novice in many ways.”

Tracy encourages those new to the music to “come and check out the fresh, new sounds. Even the sad songs have a certain joy that comes through the music; the spirit of the people comes through. This is an opportunity to hear something that sounds familiar, yet different.”