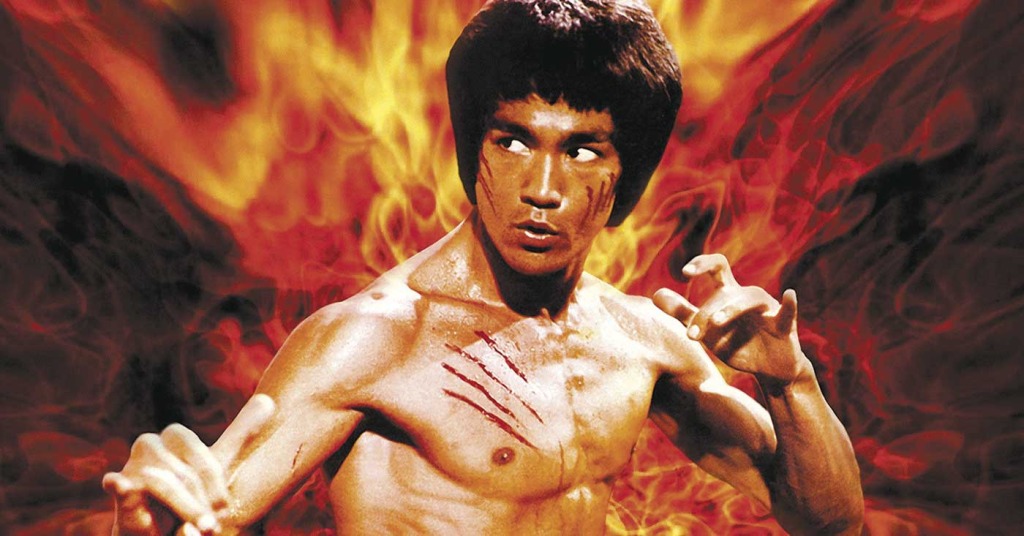 ENTER THE DRAGON
1973; $28.98-49.98; R
Arguably the greatest martial arts movie ever made – certainly the most iconic – this has already been released on every form of video known to humans. So why are we mentioning it again today? Because (1) this 40th anniversary Blu-ray version is about half the price of the previous Blu-ray, (2) there are some neat new special features, including a cool iron-on patch, and (3) it’s a slow week. But any excuse is good enough to watch Bruce Lee’s too-fast-for-the-camera physicality as he is recruited by a spy agency to infiltrate a fighting competition, exposes a white slavery/drug ring, and revenges his sister’s death. A true masterpiece. His co-star, of course, is the late Big Jim Kelly, a Paris, Kentucky, native who rose to personify the cool, handsome black stud of the ‘70s, starring in many great blaxploitationers including “Black Belt Jones” and “Three the Hard Way.” But some lucky readers may have spotted him closer to home: Back in the ‘60s his perfect ‘fro graced the U of L campus, just before he moved to Lexington to take up martial arts! Enjoy.

RWBY VOLUME 2
2013; $9.98-24.95; UR
At first glance we expected just another Japanese anime about fightin’ females and evil monsters. Then we noticed that pedigree on the box: This was from Rooster Teeth Productions, the people behind “Red vs. Blue” and other great vidgame-inspired entertainment. Yes, the story is familiar: The world of Remnant is attacked by an evil race called the Grimm; humankind pushes back with the power of Dust, a mysterious element; now bands of hunters/huntresses train to keep the world safe from the Grimm’s constant incursions. Sort of a high-concept, bad-ass fightin’ fairytale starring four young butt-kickers-in-training, all presented in a brilliant pseudo-3D style that brings the action to life – out-anime-ing Japan’s premiere anime houses in the process. Each short episode is a perfect mix of plot, action and breathtaking visuals. Recommended.

PRIDE
2014; $22.98-34.98; R
This story could only come from England. The year is 1984 and Margaret Thatcher is wrestling with a labor issue that threatens all British industry: an “illegal” strike by the National Union of Mineworkers. Unlike America, where miners have always been relegated to backwoods Appalachian shanty-towns, Limey diggers were once regaled as the backbone of their nation, men and women whose toil was celebrated in song and paraded down Broad Street whenever the chance arose. But by the ‘80s there had been a cultural shift, and this strike was dividing the nation. That’s when a group of London Gays began to raise money in support of the striking minors and their families – “Fag Money,” which the miners refused. Shocked, the group set off for the little Welsh mining town of Onllwyn, determined to make their donation in person, proudly and in public for the first time. What happened next is too good not to be true. This flick is a dramedy based on those events, mixing outlandish characters, the origins of the term “Gay Pride,” music and that unique definition of “family” that can only be found in little blue-collar towns. An instant favorite with the great Bill Nighy, along with Paddy Considine, Sophie Evans and Freddie Fox.

TRAFFICKERS
2012; $15.98-29.98; UR
Known in its native South Korea as “Gong-mo-ja-deul,” this follows master organ dealer Chang Jung Lim (“Sex Is Zero”), a man who once ruled the illegal trade in human organs, now scrounging for a living in the lowest rungs of this debased society after a deal goes horribly wrong. But even a monster can find love (at least in the movies), and he has found Yoo-ri (Yun-hie Jo, “Doomsday Book”), a leggy beauty with the face of a child. She dispels his darkness with her innocence, despite an impending doom: Her father is dying, and she is in debt to a loan shark to keep the old man alive. Lim knows how to save them all, but it will mean gathering his old team of ruthless butchers together one last time for a very special “operation.” Dark, wicked fun.

TWO-BIT WALTZ
2014; $18.98-26.98; R
This is a small film, one that you’d never notice in the aisle of your local vidstore: The only recognizable name is William H. Macy – little more than a cameo – and the film’s star and first-time writer/director, Clara Mamet (“Phil Spector”), is clearly out of her depth – but there remains a definite spark among the debris. She plays a put-upon young woman awaiting her 18th birthday amid troubling events: suspended from school, dumped by her would-be boyfriend, left stranded by her bestie, and worst of all her crazy-rich grandmother (hardworking actress Willow Hale) dies, leaving the girl all her money! Uh, with a catch … and that catch sets in motion one of the most unique family-drama/comedies around. We can’t wait to see what Marnet does next.