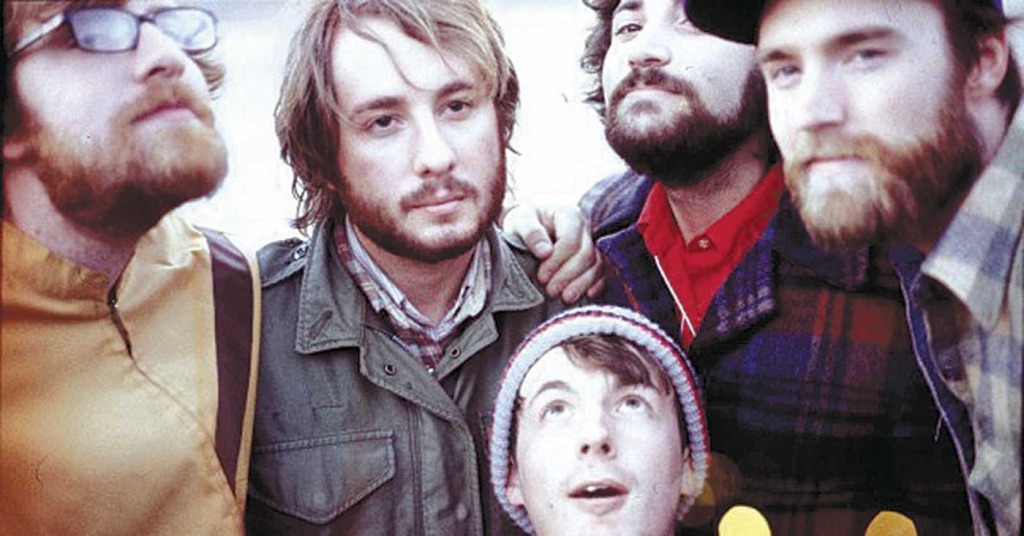 Growing up in suburban Detroit, Frontier Ruckus has always brought a sense of its roots into its music. But, the new record, “Sitcom Afterlife,” takes on a slightly different tone. It comes from a more personal and specific situation in the primary songwriter’s life. LEO spoke with Matthew Milia about the new record, Detroit and our mutual respect for poet Diane Wakowski, who was one of Milia’s instructors while he was a student at the University of Michigan.

LEO: Let’s talk about the new album, “Sitcom Afterlife.” Are you releasing it at each show?

Matthew Milia: Yeah, this whole tour is kind of a release tour for the album. We’re playing a lot of new material. The new songs on the album are really geared for the live experience — shorter songs and really upbeat. The few shows we’ve played so far have been exhilarating.

LEO: The songs are more upbeat?

MM: Our previous albums have been very location-based and kind of chronicling the landscape from which we come, especially the suburban landscape. This album is a little more specific, much more like a break-up album. It’s a shorter album that very much pertains to a specific situation. It handles a lot of the kind of dark or sad time in my life.

LEO: How did the banjo and bluegrass enter your music?

MM: I definitely think our earliest stuff started off more bluegrass-y. The banjo has always been elemental to our DNA. Davy Jones started playing banjo when he was a little boy because his dad was from Georgia. He just happened to be this really weird kid from Michigan who played the banjo really well.

LEO: How was it studying under Poet Diane Wakowski and how did that translate into your songwriting?

MM: It’s probably one of the single most influential facets of my lyricism and the way that I approach language. Putting a premium on really strong images and the structure of a song — having a catalog of images led to some kind of revelation at the end. It was a very profound influence for me to pair such deliberate language with the music. The lyrics are the most important thing to me as the songwriter. We still stay in touch.

LEO:What is best in life?

MM: Coffee in the morning, a crossword puzzle. Doing what you love to do everyday and not compromising what you enjoy to do because of external factors. The little things — coffee 5 times a day, always have a book going and always have a 90’s sitcom going.

LEO: What book are you reading now?

MM: I’m currently reading “The Sun Also Rises” by Hemingway. It seems like if you haven’t read him, especially if you’re an English Major, people are going to get upset with you.  I’ll forever be crossing things off that list.

MM: I’ve recently just watched all of “Boston Common,” which is a short-lived, very abruptly cut off sitcom from the 90s that is only available in very poor quality on YouTube. It’s about this brother and sister who are from West Virginia that go up to Boston because the girl is going to college and her brother just kind of hangs around and hijinks ensue.

LEO: How does Detroit and the economic climate there affect your music?

MM: I maintain that I’m a suburban songwriter because that’s where I’ve spent the bulk of my existence. I’ve only lived in urban Detroit for the past two years. I’m doing that because I want to experience and want to be a part of the return. In my art, I’m trying to stick with things that I really know about. One of the things we try to convey is that urban Detroit and suburban Detroit are very much interconnected and their survival is codependent, so the more that people realize that it’s one overarching condition, the more one side can help the other, the better off everyone will be.