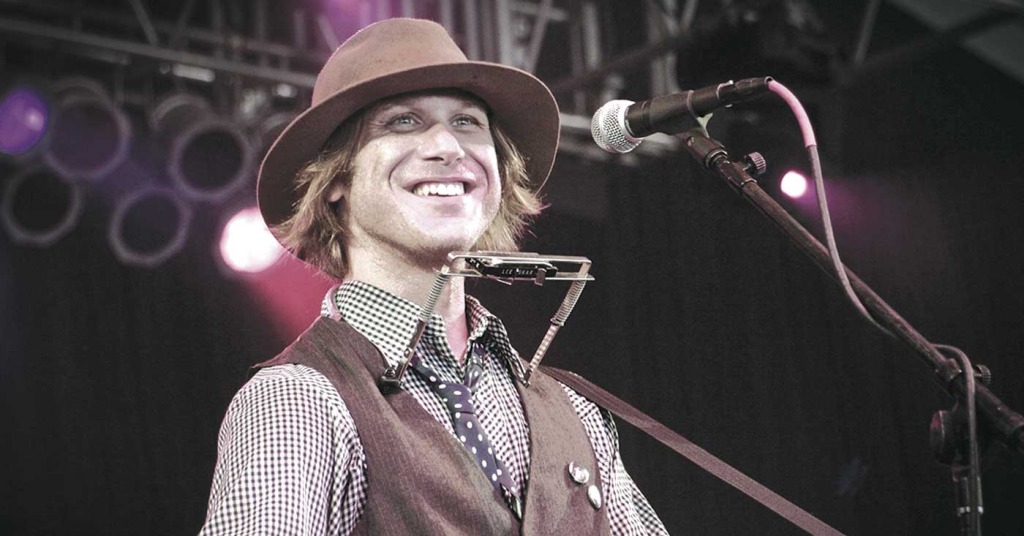 For being the epitome of the successful slacker-stoner stereotype, fronting a band named Hard Working Americans suits Todd Snider just fine. The band — a groove-centric, gritty, rock-first, think-later head rush of a collective —has released a studio album, a live album and a documentary in less than a year. During which time Snider still somehow found time to write a book, “I Never Met A Story I Didn’t Like,” featuring a hazy trail of the sort of misadventures with fringe characters that are scattered throughout and sometimes monopolize his live shows. You know, the stories about getting shouted at and shoved by Hunter S. Thompson, feeding sharks with Jimmy Buffett or, my personal favorite, getting kicked out of a Chinese restaurant for being mistaken for River Phoenix — five years after River Phoenix died — after he had just played two songs at the Whiskey Go Go, yelled at the crowd, jumped off stage, walked through the crowd and out the front door. Then he trashed a hotel room. There are also tales of learning and loss, in his signature self-deprecating and modest manner. Anyway, before he comes to town with the Hard Working Americans, we caught up with Snider for a chat.

On how his new jam band, Hard Working Americans, connects to his personality as a story-telling singer-songwriter.
The reason why I got obsessed with jam music was because I tell stories on the road, in this very vaudevillian way. It’s a lot of work and I learned it from some cats who are really good at it, but I wanted to, in my small way, try to find a place to take it and the only thing I could feel in my brain is Phish. I would hear Trey Anastasio play solos that would be in addition to the solos from the album and you would see them go someplace from night to night —and not necessarily a completely new place, but a sort of new place.

On writing a book.
I don’t know if I always wanted to write a book, but, since I’ve been 18, I definitely thought it would be cool to tell chicks that I wrote a book. But it would be also cool to throw a no-hitter or race a car or lots of shit.
On how his nightly stories while playing gigs turned into a book.

Sometimes people say that it just sounds like I’m sort of making it up as I go and I kind of am, but if I think hard about the adventures that I’ve been through that I take to work, there’s 13 to 15 of them. After telling them a couple of times, I thought, I should type this down, just in case I need them before I run up there. So, I gave the book guy those —I guess I call them my choppy, almost like a poem version of what the story is — and that was enough to get them to say, ‘If you sat down with Peter Cooper, you could flesh these out.’ And then it just kept going and going.

On the possibility of another book.
I was going to, but Peter came out and said it really feels like you’re in the middle of a story. Because I take a lot of drugs and stuff and sometimes it is better than it is worse…some people got mad at me because the way I behaved at the Americana Awards and I don’t remember or care really — I don’t intend to bum anybody out and if I do, I know that I didn’t try to, so I don’t sweat it. And I think [Peter] is right, my life just has about six stories that aren’t bow tied yet, so maybe in about a year I’ll see how some shit landed and maybe there will be a story to tell.

On the forthcoming Hard Working Americans record?
We’re making an album and, right now, in the process, I feel like it’s time for me to let go of all my conceptual ideas and just go, ‘Ok, now are we going to be awesome for two and a half minutes?’ And, hopefully, by the time that’s over all my conceptual ideas will still be there, but it doesn’t matter to me if they are or not. I’d rather have two and a half minutes of kick-ass rock than anything. Our album’s gonna be called “Stick it to The Man” I think. Maybe not, but that’s the working title. Some sort of rebellious thing.

On his solo career.
I don’t think I’m going to make any more folk albums…Right now, I would like to see how long I can be in this band before they break up or kick me out…My own crap, the songs I made up, I went through and, I think, there are 25 I like out of the however many, or that I really, really feel connected to…In my mind, as a person named Todd Snider, I’m going to kind of empty the vault. That doesn’t mean I’m not going to play around anymore, but how many songs does the world need from one guy? This collective thing that I’m a part of, I come at this as, ‘Hey, I was a beat poet in my last job and I didn’t get totally fired and you’re not getting the fucking number one draft choice — I’m a guy maybe another team would go with, I can rhyme pretty good. How can I apply myself to a bigger picture or a team situation? I just have never done that before in my life.