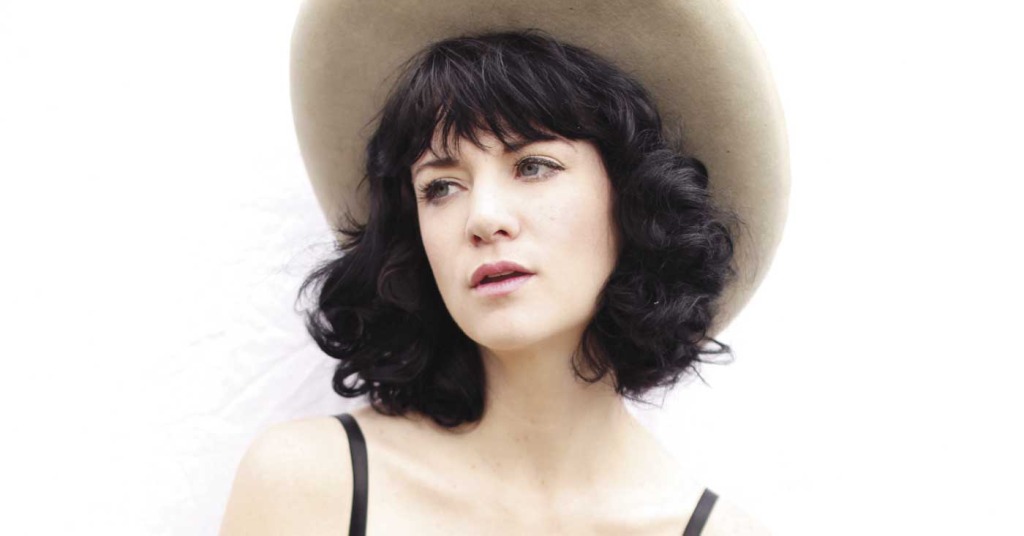 Nikki Lane wants some more control. She knows how to get it, too: first figure out what you want, then leverage your talents while working hard as hell. This formula might seem simply enterprising, but Lane wouldn’t be the first female artist tagged as a “bad girl” for following a path of self-determination. That attitude comes forth loud and clear on her latest album, “All or Nothin’,” produced by The Black Keys’ Dan Auerbach. Its dozen tracks are studded with statements of independence —with all consequences accepted. Auerbach frames Lane and her country-rock tunes in sonic structures that owe much to Phil Spector and mid-‘60s Britgirl singers. Close listening also reveals a touch of The Clash and an assortment of perfect pairings between electric guitar and pedal steel. Lane and her three-piece band open for Trampled by Turtles at the Brown Theatre on Saturday, Dec. 20. She spoke with LEO by phone recently—starting with how Auerbach came into the producer’s chair.

Nikki Lane: We met at the flea market.
LEO: In Nashville? I’ve read that you like to go antiquing. What do you hunt down?
NL: I try to find and buy vintage clothing, like from the ‘40s, ‘50s and ‘60s. But then, it depends how close I am to my house — if I’m right there, I’m going to get furniture if I like it.

LEO: What’s your favorite song to play live off “All or Nothin’”?
NL: “Right Time.” Being on the road, opening and trying to gain new fans, it’s really exciting to see that people know the words. I can hold the mic out and hear the lyrics. That’s what you’re doing this for, right? To get to the point where people are already in tune with it — and I can see it on that song.

LEO: Do songs from that album make up most of your sets on this tour?
NL: Not really. We already got four songs that we’ll be recording next. We cover a Waylon Jennings song, and a song by The Byrds. Especially with the opening gigs, it’s not like a headlining gig where I feel like I need to give people who just bought the record a full presentation of it. So we just see what the vibe of the night is, and roll with it.

LEO: You’re hitting the studio next year — who’ll be producing?
NL: Adam Landry, who I made my first record with — he’s now done records with Dawes, Deer Tick and more. We’ve talked about going back in again. He was the first person I ever recorded with, and made a record that we still haven’t put out yet, but I guess I will in the long run. Collin Dupuis, who was the engineer on the record I made with Dan, is going to be there again. I’d like to have more time for this record— not that the last one was rushed, but I’m starting to enjoy the studio more and understand what my role can be in there. I’d like to spend a little more time [recording] if for no other reason than to hide from the road for a month!

LEO: The “All or Nothin’” sessions delivered a breadth of walls of sound. So, are you looking to become more of the bandleader, instead of just the person who brought in the song and has the voice in the center?
NL: I’ve [been a singer-songwriter] for about six years. The first record was just that: I went around and played for friends and got a record deal. The second record — which was the first one released — I toured a little but didn’t have a band. When I wrote this last record with Dan Auerbach, I’d come to him and strum it out. But now there is definitely a vibe to each of the songs I’ve completed for the next record.

LEO: The “bad girl” attitude that’s read into on some of your songs, it probably leads to comparisons with some country artists of past generations. Are you likened to anyone whose shoes you’d like to step into?
NL: Obviously, being compared to Loretta Lynn and Wanda Jackson is an incredible form of flattery. But a lot of the people I admire are not even shes and not even my predecessors. But, like, Elvis: he was a rock ‘n roll icon but also a fashion icon, and he was doing acting and other things…I’m not trying to be an actress, but I enjoy making goods; I’d like to have a merch company that helps other bands grow their business. I’d like to be breaking down some barriers between the artists and what their life is like on the road.