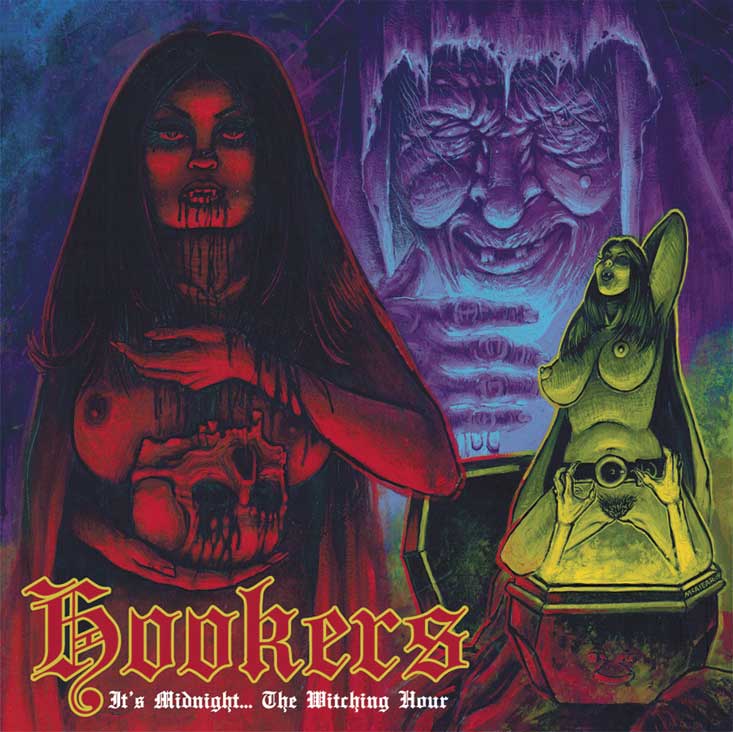 Instead of metal or any of its many derivations, there ought to be a genre titled “Music That Makes Tipper Gore Sad.” Cofounder of the Parents Music Resource Center, Gore and friends took a stand against music they found objectionable, which would gleefully be the case for “It’s Midnight… The Witching Hour,” the newest from The Hookers. That the second track is titled “Rape Your Fucking Corpse,” ought to give you some indication of the level of give-a-shit that these folks have about anyone’s delicate sensibilities; they draw a line in the sand over who might like their music immediately and with great fervor. It’s that manic energy that drives “It’s Midnight… The Witching Hour,” a kind of metal-punk fury that refuses to be contained in any way. The end result is an album perfect for flipping tables and pissing off neighbors.