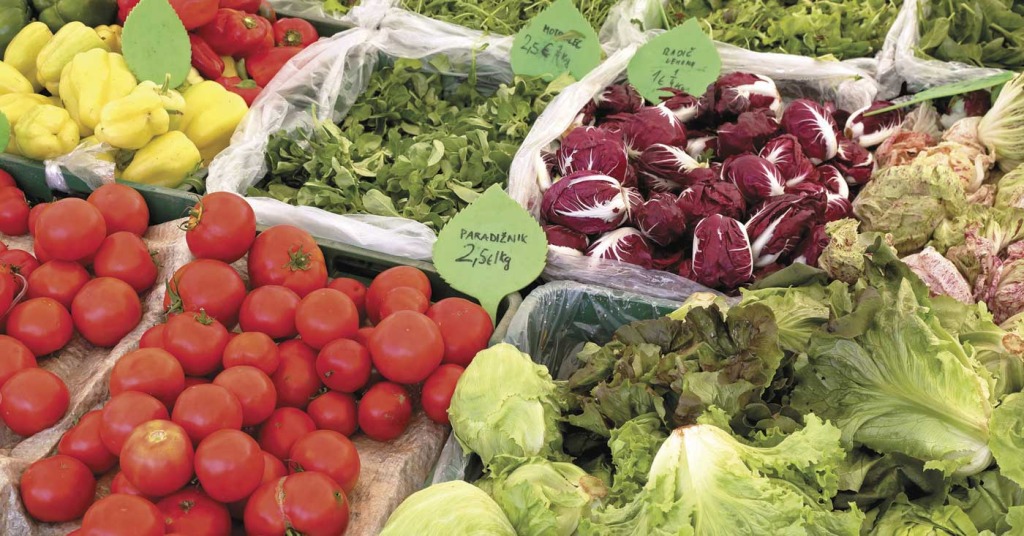 Theresa Zawacki is passionate about building a stronger economy through locally grown food. As senior policy adviser for Louisville Forward, Zawacki fosters relationships between farmers and new and existing markets. Her program connects growers to eaters in schools, institutions, restaurants and underserved neighborhoods. On the surface, bringing more local food to the community seems like a logistical task, or perhaps a financial one. However, one of metro government’s biggest hurdles is that too many farmers don’t grow food.
Growing commodity crops that people can’t eat provides so much security through stable market prices and crop insurance that many farmers are skeptical about growing specialty crops. Specialty crops are the plants you and I call food. The financial risk of growing food is quite high.

Following the national tobacco settlement in 1999, funds were set aside to help farmers diversify their farms away from growing tobacco. Today, the Kentucky Agriculture Development Board (KADB) provides funds from the settlement to farmers who want to diversify any monocrop with specialty crops.

Zawacki says that changing farmers’ ideas about growing specialty crops is challenging, because they’re slow to change. “A new person comes in and says you should stop growing commodity crops and grow this new food, but the farmer asks ‘What guarantee is there that the market exists? How will I know they’ll buy it?’” says Zawacki. The risk is too much for some farmers. Other farmers are interested but cautious about growing food; some farmers continue to grow commodity crops while experimenting with specialty crops on the side.
Louisville Forward works directly with farmers to help them develop their target markets of potential eaters. A second full-time employee at Louisville Forward spends much of her time in JCPS schools and at U of L working directly with those in charge of buying and preparing food. She coaches them on how to buy local and how to incorporate the food into their existing recipes. JCPS is a large market with unmet demand. The school district serves about 96,000 meals every day.

Louisville Forward estimates a total economic impact of $800 million when factoring in the value of food that could be going to local restaurants and food processors.

To help eliminate the barriers of securing consistent supplies and larger volumes of food, Zawacki heads the West Louisville Food Hub project. The Hub is a large-scale manufacturing initiative where supply will meet unmet community and commercial demand. Farmers will meet their markets head-on at the Hub, securing more partnerships and more profits.

The Food Hub will be built on a 24-acre site at 30th Street between Market Street and Muhammad Ali Boulevard, and it will revitalize West Louisville neighborhoods. Up to 200 new workers will be recruited from the Hub’s surrounding residents for the positions of growing food in the on-site vertical farm, food processing and clerical. Zawacki aims to recruit those who are often difficult to employ, like ex-offenders. Employment that directly benefits a person’s community has been shown in other cities to greatly reduce recidivism rates among ex-offenders.

With a reach from our neighborhoods most in need to our farmers in rural Kentucky, Zawacki’s Food Hub project will tie our community together with a few of our most basic needs—nutritious food, purposeful employment and security.

While many U.S. cities have challenged and eliminated small growers and backyard farmers, Louisville has not only preserved basic fundamentals of food security and personal sustainability, it embraces and encourages them as essential to our economic growth. “We have a whole set of urban agriculture initiatives. We’ve made amendments to zoning, and for-profit gardens are easier to start in the city,” says Zawacki. “We have robust livestock ordinances—no more than 40 lbs. of livestock, or 6 chickens (5 hens, 1 rooster) on less than ½ an acre.” Zawacki’s enthusiasm for creating a pre-industrialized food system where security exists from farmer to consumer is positioning Louisville to become a national leader in local food accessibility.

While we await the Food Hub, we locavores can still do more to promote the metro’s food initiatives. Zawacki says to keep asking for local food, “If you shop at local stores, ask where the local meat is. Ask the people who you’re buying food from what’s local, where they’re buying from, and how they can get more in the stores. Ask your restaurants. Where is the produce? Asking is a huge step to getting it. Shop at farmers markets to support the initiative. Ask where local food is on all menus. Make your preferences known!”

Rachel Hurd Anger is a regular contributor to Urban Farm and Chickens Magazines.