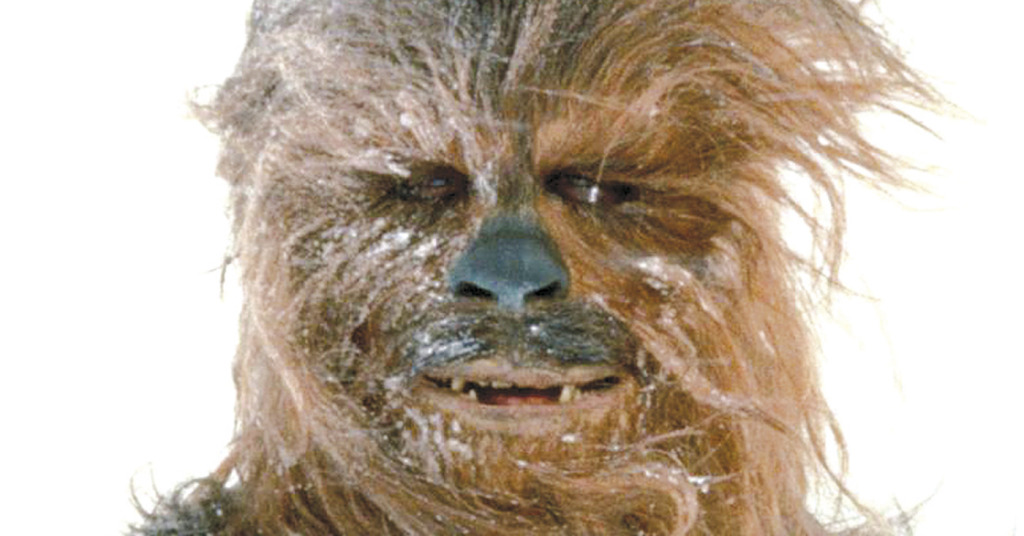 Toto — Kept the band of misfits company throughout the journey to Oz and is, ultimately, the one to discover the man behind the curtain.

Beethoven — So lovable. Remember when he slobbered all over the dad? That was awesome.

Splinter — Sacrificed his life to mentor four mutant turtles, teaching them karate, discipline and values of right and wrong.

Baxter — Only sin came when he ate an entire wheel of cheese. He more than made up for it when he saved Ron Burgundy and Veronica Corningstone from the bear pit.

Punxsutawney Phil — Brave groundhog who risked seeing his shadow every year just to let humanity know how much winter was left.

Ham the Chimp — First hominid in space. Legend. (Note: waiting for Ham at the Pearly Gates is his counterpart, Laika. This courageous dog volunteered to be the first to travel into space. Unfortunately, the Russians sent him up for a week, but only a couple days of oxygen. Hashtag hero).

Chewbacca — The most famous Wookie to come from the planet Kashyyyk, Chewie loyally served with Hans Solo on the Millennium Falcon for years, ultimately vital in the downfall of the Evil Empire.

Taco Bell Dog — Broke the law sneaking into America. Encouraged a generation of kids to eat unhealthy food, leading to thousands of cases of diabetes.

The Birds (all of them) — Terrible breed of possessed canaries led to such mass death and destruction, documented by Alfred Hitchcock in his iconic horror flick.

Godzilla — Still showing up to terrorize the Japanese.

The Bear from movie “The Edge” — Such a relentless man-eating monster, normally docile, lovable Anthony Hopkins had to motivate Alec Baldwin to help kill the bear.

Alien — Another mass-murdering creature so ruthless the Predator actually took to defending humans from her.

King Kong — Had no chance initially, but turned out his killings were committed out of love … and defending his home.

T-Rex — Similar to Kong and Predator, was really on his way to hell, but ultimately saved several lives, including Professor John Hammond’s two grandchildren.

Shamu — Brought so much joy and entertainment to families for years, performing under involuntary servitude … but killed that trainer.

Budweiser Frogs — So cool. Three frogs that revolutionized the marketing industry for all animals, but undeniably a product that led many to abuse and addiction.

Air Bud — Unfortunate fall from fame, Air Bud, a promising athlete and entertainer, could not handle the pressure that came with the fame and success, forming a nasty drug addiction.