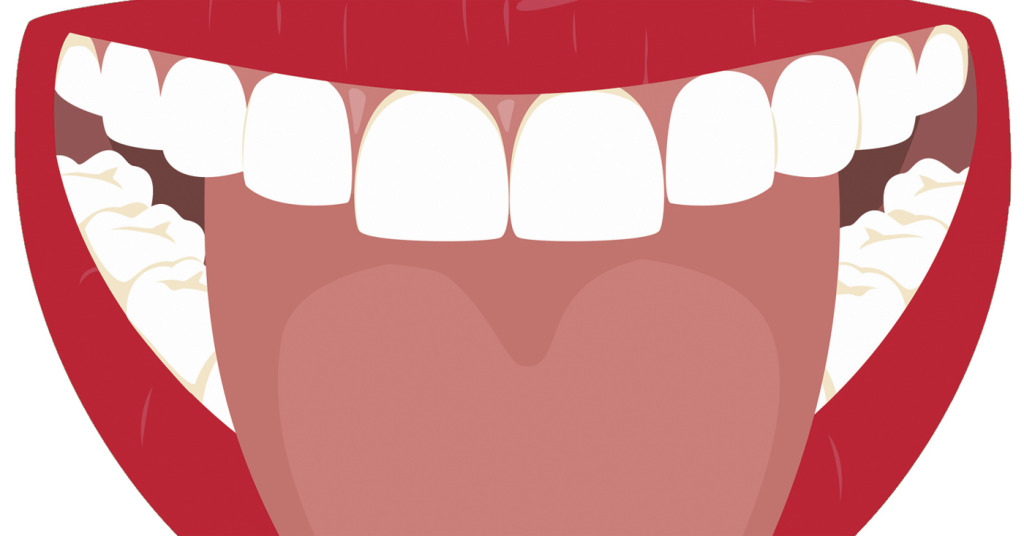 To be sure, there was a lot of bad news in 2014. Social unrest swept the country when cops were acquitted after killing two unarmed black men. The Ebola crisis brought death and heartbreak to West Africa. A horrifying new terror group took hold in Syria and Iraq. And Nicki Minaj, J-Lo, Iggy Azaela, Kim Kardashian and Meghan Trainor left alarmists wondering if we’d reached “peak butt.”

There was plenty of suffering closer to home as well, when millions of Kentuckians were force-fed a steady diet of vapid political commercials and videos of friends pouring buckets of ice water on their heads.

As we wrap up 2014, we’re all wondering the same thing: Jesus Christ, when will it end? But some of you are also wondering how well you paid attention to the news in 2014. And for those people we offer the 2014 LEO Quiz. Good luck!

___1. What is #mcconnelling?
A) Spending $30 million on negative campaign ads
B) A photo of a voter giving Mitch McConnell the thumbs down that went viral on Twitter on election day
C) A YouTube game created in March by The Daily Show to add music to awkward video footage of Mitch McConnell
D) A new term on Urban Dictionary to describe a lewd sex act following a debate gaffe by Mitch McConnell.

___11. What is “slacktivism?”
A) A campaign by Dockers to introduce European-style men’s Capri pants in the US
B) Social media activism by slackers that serves no real purpose other than ego gratification
C) A twitter campaign to encourage teenage boys to pull their pants up
D) An ad campaign for iSlacks, Apple’s new Internet-connected pants

___12. In a March address to the White House Correspondents’ Dinner, President Obama joked that “If you want to get paid while not working, you should” do what?
A) Get hired as a web developer for HealthCare.gov
B) Live tweet the news
C) Run for Congress
D) Wage a war entirely with drones

___13. In a fiery address to Russia’s political elite at the Grand Kremlin Palace in March, what did Vladimer Putin say about the West?
A) “Crimea river, build a bridge and get over it, am I right? Heh heh heh.”
B) “Our western partners, led by the United States of America, prefer not to be guided by international law in their practical policies, but by the rule of the gun. They have come to believe in their exclusivity and exceptionalism, that they can decide the destinies of the world, that only they can ever be right.”
C) “Some are so stuck in the Cold War era that they want to tweak Russia all the time and I don’t think that is a good idea.”
D) “Let me hear your balalaikas ringing out. Come and keep your comrade warm!”

___29. Spot the fake “Internet of Things” smart gadget:
A) Toto Washlet, a smart toilet that analyzes your urine, takes your blood pressure and sends the data to your doctor
B) Nest, a smart thermostat that lets you control your home’s temperature from anywhere and learns your preferences automatically
C) Toymail, an Internet-connected toy mailbox that lets toddlers receive email messages
D) Beam, a smart toothbrush that records your brushing habits and sends the info to your smartphone
E) None of the above

Put the news on the map:
A) Hong Kong, B) Brazil, C) Scotland, D) South Korea, E) Ken Ham’s ass
___30. Site of a horrific ferry disaster that killed 304 passengers, mostly students
___31. Site of the “umbrella revolution,” a student-led protest demanding self-rule
___32. Site of a failed effort to vote for its independence
___33. Spot kicked by Bill Nye in a famous debate that nevertheless rained cash on the spot’s owner
___34. Site of the 2014 World Cup

___42. In an October debate with Alison Lundergan Grimes on KET, what sex act did Mitch McConnell refer to?
A) Rimrack
B) Dirty Sanchez
C) Blumpkin
D) Rusty Trombone
E) All of the above

___43. President Obama tapped Kentucky Lt. Gov. Jerry Abramson to take on what job?
A) Master of the Order of the Lords of Sith
B) Congressional Nuclear Wedgie Dispenser
C) Under Secretary For Life
D) Director of intergovernmental affairs in the White House

___44. According to US military officials, 73% of young Kentucky adults are ineligible for the military for what reason?
A) Obesity
B) Poor math skills
C) They are “just too nice to kill people”
D) An excess of rimracking

___45. Both major Senate candidates spent millions of dollars on pro-coal advertising despite what dismal statistic?
A) The public health costs of coal in Appalachia amount to $75 billion per year in healthcare, injuries and deaths
B) Kentucky taxpayers spend more to subsidize and regulate mining than the state receives in tax revenue from coal
C) There are now only about 12,000 coal miners employed in the state—the lowest since the state began keeping records in 1927
D) All of the above

___46. In May, Gov. Steve Beshear appealed a circuit court ruling in favor of same sex marriage using what comically twisted bit of logic?
A) “Same-sex marriage would absolutely rimrack the commonwealth’s long-term economic growth.”
B) “Dudes kissing dudes just makes me feel sort of weird inside.”
C) “Procreation is vital to the continuation of the human race and only man-woman couples can naturally procreate.”
D) “It’s Adam and Eve, not Adam and me!”

___47. State Representative Leslie Combs made international headlines in January for what memorable feat?
A) Filing legislation that expands legal protections to those who claim ”sincerely held religious beliefs”
B) Throwing a pair of women’s panties onto a dining table at a restaurant during the Southern Legislative Conference
C) Filing a bill to make rimracking punishable by imprisonment for two to ten years and a fine of $2,000
D) Accidentally shooting the bookcase in her State Capitol office with a Ruger 380 semi-automatic handgun

___48. In April, Senate candidate Matt Bevin said, and later apologized for saying, “I support the people of Kentucky exercising their right because it is our right to decide what it is we want to do and not the federal government’s.” What was he speaking in support of?
A) Recreational marijuana
B) Cockfighting
C) 64-ounce sodas
D) Intelligent design

___49. What did the Courier-Journal add to its print version to make it seem more like a real newspaper?
A) A page of book reviews
B) Non-sports coverage
C) A national news supplement from USA Today
D) A compilation of the daily tweets of Sheldon Shafer

___50. Who said, “Thirty really smart and talented people will produce a better product than four brilliant people?”
A) LEO Weekly owner Aaron Yarmuth, outlining his plan to run LEO without the use of brilliance
B) WFPL interim news director Brendan McCarthy, after several reporters quit the station suddenly in October
C) Insider Louisville vice president of content Sarah Kelley, after hiring all the reporters who left LEO and WFPL
D) WDRB general manager Bill Lamb, in an on-air editorial explaining why paying workers a livable wage is bad for the economy

___51. What new job perk did Apple and Facebook announce in October?
A) Six-week vacations each year from the crushing burden of destroying humanity with technology
B) Egg freezing for female employees
C) Rooftop marijuana breaks every day at 4:20 pm
D) A Frequent Flyer partnership with Virgin Galactic

___52. An irrational local media freak-out over youth violence in Louisville in March was inspired by what movie?
A) The Hunger Games: Mockingjay Cardosi Part 1
B) Dumb and Dumber To
C) The Purge: Anarchy
D) Vicki Dortch and the Prediction of Doom

Match the disturbing Internet atrocity to its definition:
A) Gamergate
B) Yikyak
C) Your mom on Instagram
D) Ask.fm
___53. A social media site linked to suicides caused by cyber-bullying
___54. A scandalous “protest movement” against feminists opposed to misogyny in video-game culture
___55. A mean-spirited, anonymous, gossip social-media app based on the geographical location of its users
___56. Your mom. On Instagram.

___57. WDRB’s Bill Lamb publicly apologized to the Courier-Journal in February for what offense?
A) Poaching so many of the paper’s reporters
B) An on-air editorial rant calling Ziggy a “Muslim extremist”
C) Claiming that the paper had rigged a Bluegrass Poll
D) Drunkenly threatening to “rimrack that rag” in a secret video that went viral on Twitter

___58. Who announced they would “consciously uncouple?”
A) Steve Beshear and Jerry Abramson
B) Gwyneth Paltrow and Chris Martin
C) Beyonce and Jay Z
D) Rand Paul and his civil rights views

Match the inspirational young woman to her inspiring act:
A) Lupita Nyong’o
B) Mo’ne Davis
C) Ellen Page
D) Malala Yousafzai
___59. Best Supporting Actress Oscar winner for 12 Years a Slave
___60. Canadian actor who made a moving speech on Valentine’s Day in which she announced she was gay
___61. First girl to pitch a shutout in the Little League World Series and first Little League baseball player ever to appear on the cover of Sports Illustrated
___62. Pakistani activist who started an international effort on behalf of children’s rights to education and became the youngest-ever Nobel Prize recipient.

___63. Who said, “What’s it like for this to be the last time you ever talk to a president?”
A) “Luther,” President Obama’s “anger translator,” addressing House Speaker John Boehner in a comedy sketch by Key & Peele
B) Elizabeth Warren, addressing Mitch McConnell in a fiery campaign speech in support of Alison Lundergan Grimes in Louisville
C) President Barack Obama, to Zach Galifinakis on “Between Two Ferns” after Galifinakis asked him, “What’s it like to be the last black president?”
D) Jay Pharoah, portraying President Obama, addressing Taran Killam’s Mitch McConnell in a “Bourbon Summit” skit on Saturday Night Live

___74. A group celebrity photo tweeted by Ellen DeGeneres at the Oscars became the most-retweeted tweet of all time, taking the title from what previous tweet?
A) The junk of Anthony Weiner
B) The “Four more years” hug between President and Michelle Obama
C) The CIA’s first tweet, “We can neither confirm nor deny that this is our first tweet.”
D) A Curiosity Rover tweet from Mars, “GALE CRATER I AM IN YOU!!!”

___75. What thrilling play ended the 2014 PGA Championship at Valhalla?
A) Carrickfergus Delano Percy sank a tee shot into a spectator’s rimrack and had to play it where it lay
B) Is this a trick question? There are no thrilling plays in golf.
C) Rory McIlroy came from behind to defeat Phil Mickelson in near-total darkness after a rain delay
D) Tiger Woods sank a 50-foot eagle to close with a 3-under 68 and take his fifth PGA Championship

Match the sportsball psychopath with his transgression:
A) Ray Rice
B) Adrian Peterson
C) Luis Suarez
D) Oscar Pistorius
___76. Abused his son with a tree branch
___77. Attacked his wife in an elevator
___78. Bit an opponent during a game
___79. Received a five-year sentence for “culpable homicide” for killing his girlfriend

___80. Kentucky Derby winner California Chrome’s co-owner Steve Coburn went on a nationally televised rant at the Belmont Stakes. What was his complaint?
A) The Affordable Care Act was rimracking peak butt
B) Triple Crown racetracks weren’t doing enough to keep gatecrashers out of the winner’s circle
C) Fresh horses who didn’t compete in the Derby and Preakness were allowed to compete in the Belmont, making a triple crown win impossible.
D) Too much Botox was making Bob Costa’s eyes look “super spooky”

___81. In his final at-bat as a New York Yankee, Derek Jeter accomplished what rare achievement?
A) A walk-off homer to win the game against the Baltimore Orioles
B) An unassisted triple play against the Kansas City Royals
C) A standing ovation from Boston Red Sox fans at Fenway Park
D) Told the camera, “I am going to totally rimrack Disneyland!”

___82. Scores of newspapers, broadcasters and sports commentators announced they would stop using what word in their sports coverage?
A) Sterling
B) Redskins
C) Sochi
D) Goodell