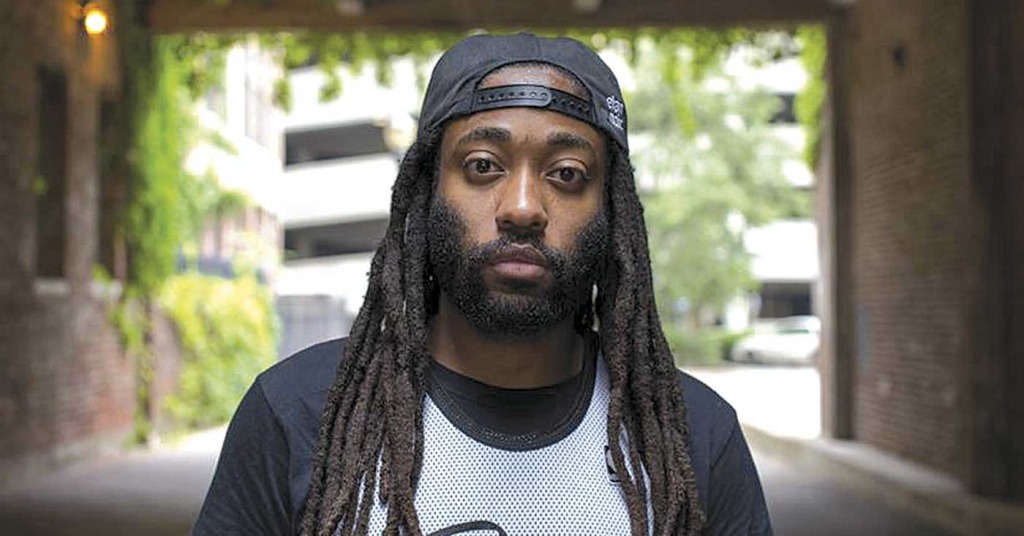 Born James Lindsey Jr., Jalin Roze is a rising star that has played all over town, from Rye to Forecastle to the Yum Center Plaza. Not only has Roze cultivated contemporaries in some of the best that hip-hop has to offer in Louisville, but he leads that pack, with a southern-tinged style that is as smooth as the best bourbon.

A committed performer, Roze has a kind of quiet humility. Regarding his inspiration to become a rap artist, Roze explains, “I got started as a kid in middle school/high school. I was always surrounded by music in my household.”

That dedication to his craft is apparent in his music, which has some of the tightest rhymes in the region. But that’s no coincidence, as Roze notes of his evolution as an artist, “I actually tried to produce music in the past, but I couldn’t focus on writing music when I did, so I just gave it up.  I have a producer/graphics designer who makes one half of my music as a whole named Josh Larock.”

Roze maintains a commitment to integrity in his art — privileging meaning, objective or otherwise, above all else.

“That meaning is everything for an artist and for a fan,” he says. “My favorite songs from an artist are songs with meaning to them. I personally think it is necessary to walk away with the story that it is telling. I think that is why a lot of artists are here today and gone tomorrow, because of a lack of meaning. There is nothing to connect with when artists make songs without meaning.”

Whether it’s talent or tenacity, Roze finds performing easy, be it here or anywhere else. Despite the fact that Louisville is largely known for guitar-driven indie or bluegrass, Roze believes there’s not any sort of blockade on other genres. If anything, there’s an opening for growth and evolution.

“I don’t think there is any type of hurdle to doing music here,” he says. “I have noticed other artists around here and the Midwest struggle to find identity. There is no ‘Midwest sound’ like other parts of the U.S.”

And he’s taken it on the road some, too — for what sounds like a good time.

“I haven’t lined up a tour yet but I did a two-night set in New York that was pretty crazy,” he says. “I just remember almost getting hit by a car and getting cursed out while riding bikes through New York traffic. That was pretty fun.”

The future looks bright for Roze. And with his album “Grand National Dreams” two years in the rearview mirror, fans can expect new music soon.

“It’s been a minute,” he says. “I dropped a few singles since then, but lookout for my new EP coming top of the year. We had a few setbacks, but I can’t wait for you to hear it.”

You can catch Roze along with Bird Zoo, 1200, Skyscraper Stereo and Dr. Dundiff this Friday.