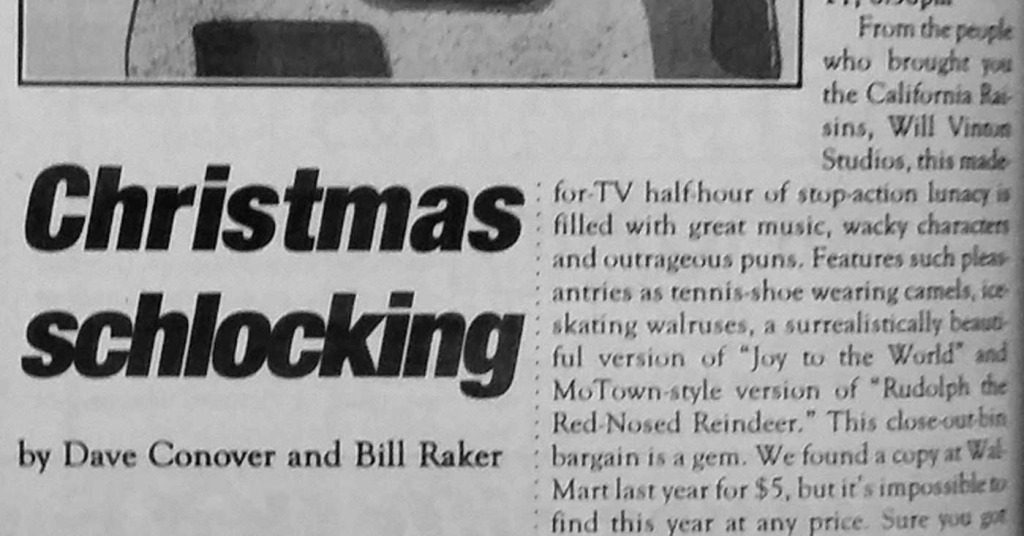 Despite having appeared in nearly every LEO over the past 19 years, not one person in our office had ever met or spoken with the mysterious authors of The Video TapeWorm, David B. King and Bill Raker. Four months into my job as managing editor and the TapeWorm remained a cheesy enigma. I had to meet them.

What follows is a portion of the transcript of our eventual meeting, an afternoon that reminded all of us around the office just how weird and wonderful life in Louisville can be. While I can understand if you choose not to believe it all, I can testify that it happened (almost) exactly as printed.

Laura: “Meeting. December 1, 2014, 1pm.” With me is LEO Executive Editor, Aaron Yarmuth. We are awaiting Video TapeWorm authors, Dave and Bill. Aaron, are you sure you haven’t met these two before?

Aaron: Not that I remember, but 19 years would put them back in the earliest days of LEO. I was just a kid. Joe Grove was the editor, and my dad [LEO founder John Yarmuth] was often in the office. Are they a syndicate?