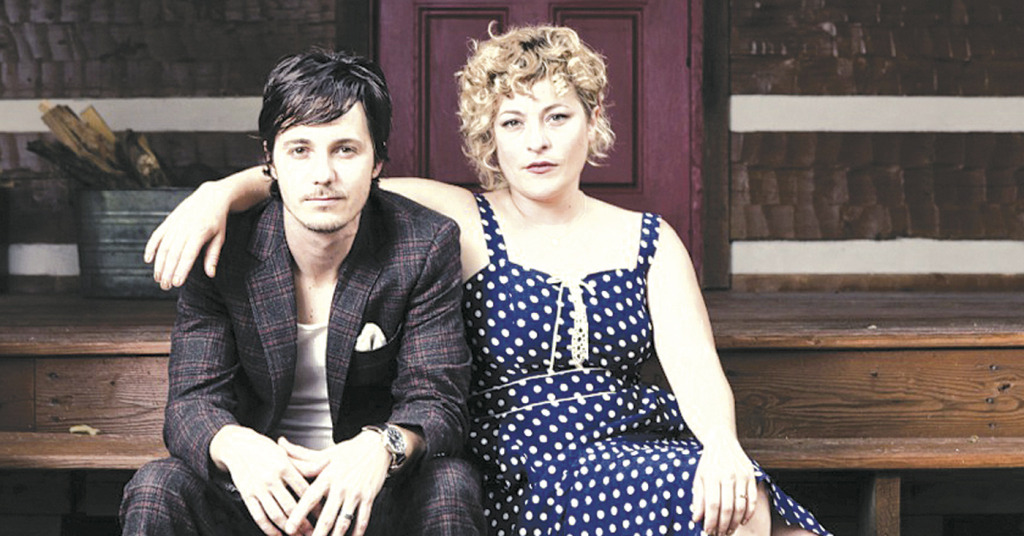 The first time I saw Shovels & Rope — the husband and wife folk-rock duo based out of Charleston, South Carolina — was in 2012 at the Nelsonville Folk Festival. When I arrived Cary Ann Hearst and Michael Trent were playing a rollicking set on the porch stage to about 300 people, producing a whirlwind of noise with a guitar, a ragged drum set and two voices; 30 minutes later they were in the cabin stage playing slow, stripped-down and beautiful tunes to 25 people. It was immediately obvious that they cracked some sort of code.

“I think that the versatility that we have, it goes with our ability to be able to turn on a dime and kind of respond to what the occasion calls for,” Hearst says. “Sometimes, we kind of approach it differently: we’ll be like, ‘these guys seem a little bit sleepy, LETS WAKE ‘EM UP!”

Hearst and Trent met in 2002, when both of their respective bands were opening for Jump Little Children. A year later Trent moved to South Carolina — where Hearst was living — and they began dating, although it wasn’t until 2008 that they would start to make music together, since they were both, for much of the early part of the decade, trying to work on their solo careers. In ’08 they released the album “Shovels & Rope,” a freewheeling record that exceeds the sum of its parts. From there, they only got better, continuing to criss-cross the country with their newfound “project,” putting on lively shows that radiated nothing but pure charisma. Then they recorded the two albums that would take them to the next level, 2012’s “O’ Be Joyful,” which reinforced their staying power, and this year’s “Swimmin’ Time,” which showed they were ready to break through the already incredibly flexible barriers that they had initially set.
So, what’s next?

“We always have something up our sleeve, but most of this year will be touring for us,” Trent says, after which Hearst adds, “We’re always writing though. We’re kind of lucky in that way: We can always write, no matter how we’re living.”