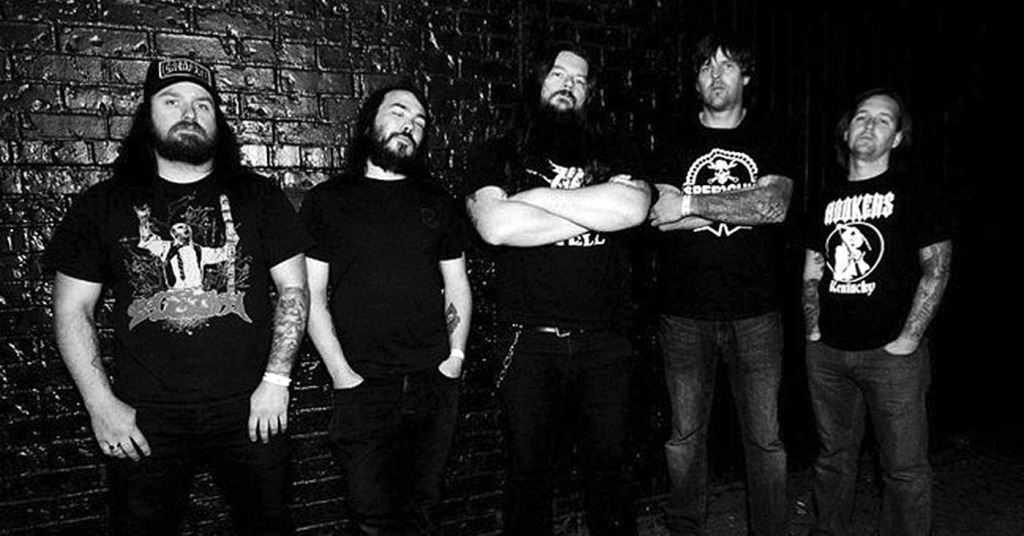 Years ago, a friend of mine hosted one of the craziest parties you could imagine. There were bottle rocket fights, impromptu (and mandatory) wrestling sessions, pentagrams and such drawn with gasoline and set ablaze, and all the metal you could shake a stick at. It was the stuff of parents’ nightmares, which of course meant it was a good thing. The Hookers would’ve fit right in.

According to vocalist Adam Neal (aka Rock n’ Roll Outlaw), the band was on a mission.

“Our only goal at the time was to be hated and to be the wildest band in Lexington; it wasn’t hard to accomplish both pretty quickly,” he says. “Luckily for us, some people actually liked our band and the music we made, so they pressured us to release some music — after our first single, the rest just happened on its own.”

Self described as “loud, fast, ugly and satanic! Heavy Metal Thunder from Kentucky,” the band has garnered quite a following.
“We have had all kinds of crowds and plenty of rough nights,” Neal admits. “Lots of fights and blood and not getting payed, but for the most part we’ve had good times. When we first started the satanic stuff, people were pretty against it. Not just our parents and other straight people, but a lot of people in the punk scene were against it too. Now there are plenty of punk bands that rep the devil. Hopefully we had a hand in that.”

Neal has simple expectations for his live sets: “My biggest thing with live shows is I like to see a band that is into it, not just standing there. Not just being hip.”

He adds, “As far as what I like on stage when we play, mostly just for the audience to pay attention to the set, enjoy the music; don’t be playing on your phone or some other silly shit. Actually watch the music.”

Their new album drops this Saturday and Neal adds hopefully, “We will be touring the entire month of March 2015 supporting ‘It’s Midnight …The Witching Hour.’ Louisville will be on the list for sure!”