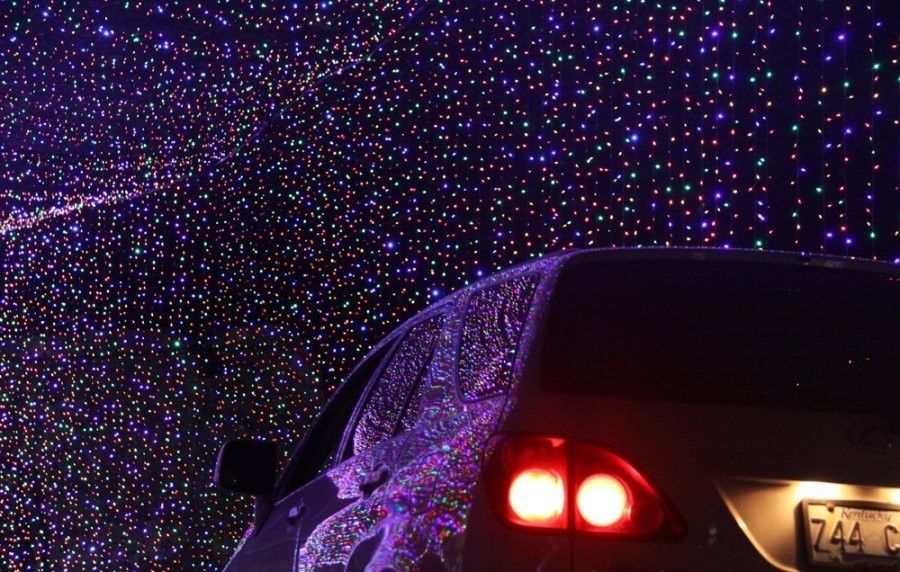 The holidays are here again — the time for joy, cheer and family events. The best gifts aren’t necessarily free, but they do involve spending time and building memories with the people we love. I’ve selected 7 holiday events that shouldn’t be missed. Some even involve booze.

The Louisville Zoo is kicking off its holiday season with Santa Safari. During the safari, see Santa and his wintry friends, Mrs. Claus, Frosty the Snowman, other popular snowman and two princesses who live in the frozen North. There will be refreshments, sing-alongs and unique animal encounters.

Apparently, taking your kids to the Bourbon distillery just became a thing. Buffalo Trace is hosting Santa Claus at the visitor’s center this year. Bring your kids, their wish lists and your designated driver. I’m sure the kids will love greeting Santa while you pick up some holiday cheer to share with the special people in your life.

The jolly old guy really does get around. Santa will make two appearances at the Yew Dell Gardens Express Train exhibit. Yew Dell will have a snow village and model train created by Bob Irmscher  on view. There will also be cocoa, scavenger hunts and more.

Starting with the Light Up Louisville event, the city kicks off 40 nights of light shows synced to music. Each evening at dusk, see lights from 4th Street Live to the Galt House twinkle with music and Christmas cheer. The light show will also feature projections on buildings along the route.

Lights under Louisville  — (Through January 4)

Since the opening of the Louisville Megacavern, one of its greatest attractions has been the Lights Under Louisville event, which takes carloads of the holiday cheerful and shuttles them through a magical underground light show.

Christmas at the Galt House — (Through January 1st)

Each year the Galt House Christmas seems to expand. This year there are five separate events running concurrently including the annual KaLightoscope event, a Pam Tillis holiday concert residency and breakfast with Santa Claus.

The Frazier Museum certainly cannot be overlooked for its holiday tribute this year. Rosemary and Time features a cabaret-style look at the career of one of Kentucky’s greatest voices, Rosemary Clooney. Each performance will feature selections from her catalog and stories from her life.