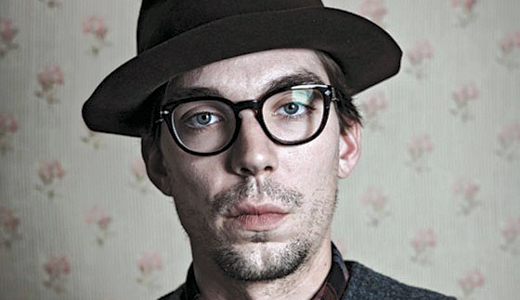 Justin Townes Earle is an award-winning and critically acclaimed singer/songwriter … who also happens to be the son of critically acclaimed and award-winning singer/songwriter Steve Earle. Growing up in Nashville, Justin’s parents split when he was very young. His father was on the road most of the time, which left Justin to be raised primarily by his mother. As much as he tried not to go into the family business (in addition to his father, his godfather and namesake was singer/songwriter Townes Van Zandt), but it was in his bones. People took notice immediately when he released his debut EP, “Yuma,” in 2007; since then, he has continued to put out albums and tour constantly. In September, he released his latest album, “Single Mothers,” and in January, he will release his next album, “Absent Fathers.” Before he comes to Headliners on Friday, Nov. 7, LEO caught up with Justin to talk about growing up in Nashville, playing soccer and how roots music isn’t what it used to be.

LEO: Do you have any memories of playing in Louisville before?

Justin Townes Earle: Umm … yeah. Unfortunately, some good ones and bad ones. I had to get out of jail in Indianapolis in order to make it to a show at Headliners one time. … I just made it. I’ve also had some fun and some great shows. I played at a biker bar out on the highway outside of town a couple of times. Oh, I played that Catholic church that was incredible [930 Listening Room]. I remember I was onstage, not far into my set, the father [was] sitting dead center in front of me, and I said, “I don’t think I’m at all holy enough to be in this building, and I’ve probably pissed God off a few times with my behavior.” And then the father stood up and said, “You have been absolved, my son.” [Laughs.] I thought that was great, and he had a great sense of humor. He did a lot of really cool things, all the shows that he put on — the great bands he brought in that no other church would touch if they were an active church.

LEO: Was going into the family business always part of your plan?

JTE: Of course, early on, I didn’t wanna be a part of the music business; my idea was to be a professional soccer player. I thought I was going to make the Premier League in Europe. But I caught the bug when I was about 12 years old. Before that, when I was 8 or 9 years old, my stepmother at the time — stepmother No. 5, I believe — worked for Geffen Records. “Bleach” was about to come out, and Geffen was still looking at Nirvana. They hadn’t signed with them yet; they were still at Sub-Pop and it was just being played for record companies and stuff. So I might have, I’m not sure, heard that record before anybody. I do actually remember it very well, because I have a freaky memory. … I do actually remember my dad leaving when I was 2 years old. I remember it very clearly; my mother freaked out because she never told me about it.

LEO: Growing up in Nashville, was that something to aspire toward or rebel against?

JTE: I didn’t really dig it at all, because I was into AC/DC and things like that at the time. But by the time I was 12, I had kind of gotten into the acoustic guitar, because my dad told me, “No buying an electric guitar until you learn to play acoustic.” And then Nirvana [“MTV Unplugged in New York”] came out, and Kurt Cobain played “Where Did You Sleep Last Night?” and that was the changing point.  I told my dad I learned this Nirvana song, and he said, “That’s not a Nirvana song, that’s a Leadbelly song.” So I looked up who Leadbelly was, and that was just like a bomb went off. I was done playing electric guitar from that point on.

LEO: Americana music has blown up worldwide. Why do you think people respond to it so well?

JTE: All kinds of music — rock ‘n’ roll, blues, jazz and country — all kind of came from the same Southern roots, but have varied themselves so much that they don’t really have anything in common anymore. Americana has kinda done the same thing. I don’t think anybody understood what Americana was when it came out; ask 20 people, you’ll get 20 different answers. It used to be about the little guys; now people like Elvis Costello and Willie Nelson are winning Americana awards. Now it seems like all you have to do is put a fucking banjo on your record and you’re “Americana.” She sure ain’t what she used to be.