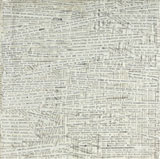 Describing Sapat at any given time is like describing water. They never really do the exact same thing, dynamically changing as the situation warrants, be that in terms of the constituency of the band, or just in their mood. For example, opener “Arson Lieder I/Our S(u)(o)n Leader II” runs the gamut from klezmer music to prog rock with operatic vocals, all the while a woozy Leonard Cohen pulled straight off the “Diamonds in the Mine” track croons a drunken warble. And that’s just track one. Every song has its own flavor, some moody and aggressive, like Dead Rider meets the sludgiest Jesus Lizard you can imagine, and some like Glenn Branca at his most insane. As such, there is a kind of playful perversity going on here — where nothing is sacred, with no genre lines to avoid jumping over, making for an interesting, if chaotic, listen.