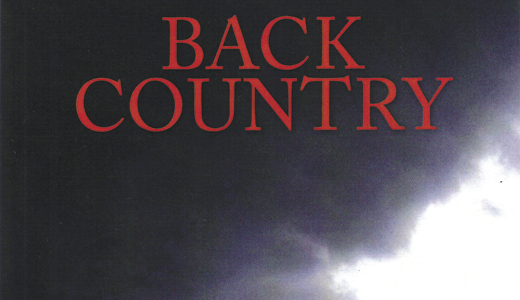 Local author R. Barker Price is back with a small-scale thriller set in motion by a coal seam that may not be what it seems. His prior novel “Turf Wars” was a significantly breezier work, and it benefitted from a novel subject matter and a good match of tone and protagonist. Now comes a story that’s at heart a bit more conventional. But in the telling, this one has a lot more range, with its fistful of plot threads that move forward with clockwork grace.

Prescott Mountain — brought to verdant life in an opening chapter that carefully ratchets up tension — may have been overlooked for its potential payoff to a coal company and the humble (if not quite Norman Rockwell-perfect) local community. That has to be one of the simplest plot MacGuffins of all time: The conflicts can be set in motion simply because of different characters’ beliefs in what’s below the ground. Price somewhat shorts his most curious readers on what the surveyor’s report or the coal company executives’ interests amount to — but he zooms in on relatable characters and uses their vulnerabilities as beacons to bring his target audience to attention. Between scenes reverberating with a vengeful snake-handler’s howls and an underground river run that’s simultaneously a claustrophobic shiver and an adrenaline shot, there’s plenty of payoff to this somewhat leavened (but still bloody) version of an Appalachian gothic.

Some elements here could have come out of one of the quieter Lee Child efforts, though you shouldn’t expect a Jack Reacher type to enter and immediately earn the alpha-male badge. It should also be pointed out that Price tends to telegraph with his initial character impressions. Witness Tony Gundersen, who is immediately pegged as “[c]hronically single, overweight and quite short, with no real hope of meaningful social engagement.” He’ll certainly be the go-to for Barney Rubble-style sidekick antics. But hang in long enough to give the cast a second or third glance, and just about all of them will come to quirky life.

Tony’s got a pal who might be a bit closer to leading-man material, but it’s to the author’s credit that Sam Foster has to reveal a few tarnished sides among his display of traits that build toward lasting respect. There are women that Tony and Sam meet along the way on their dark journey through various shades of prosaic corruption and mad greed, and so sparks fly and loyalties are tested as everyone learns how much or little they can trust. And even if romance might be in the offing, there are still plenty of issues with wealthy scions who exploit backwoods America, and also the biddy who runs the highway motel.

The antagonists aren’t drawn with quite the eye for subtle shading as is applied to the novel’s settings — especially the lush landscapes of shrub and stone. That’s why the book’s salvation is in its slightly crazy quilt of chase scenarios. Various small groups keep moving as the subplots and recurring vignettes steadily reinforce and resolve. If there seems just a bit of formulaic recurrence every few chapters, it’ll most likely occur after you’ve become too hooked on the vivid losers (and perhaps, eventually, some winners) to give a second thought about putting the book down.