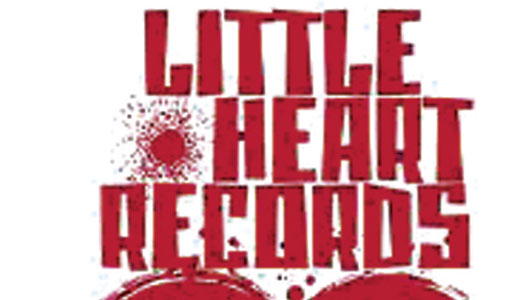 It’s hard to not feel at least a little excited when you talk to Little Heart Records’ founder, Bryan Puckett. Celebrating its ninth anniversary this weekend, the label is hosting an enormous party at the New Albany Production House (1736 E. Main St., New Albany) this Friday and Saturday, featuring many from Little Heart’s diverse and fantastic roster.

Where the name would imply a perhaps melancholic or angst-ridden outlook on life, the truth is anything but. Puckett explains, “I literally was born with a small heart. I’ve got a host of other health problems I’ve thought about naming other projects after. I thought about a hip-hop subsidiary called “Dia-beats,” but recently someone said that joke showed up on a sitcom, so I think it’s off-limits now.”

So he certainly didn’t think he’d still be at it all these years later, although it’s clear that he’s happy to be. Puckett notes, “It’s funny, because I didn’t think we’d make it nine years, but I don’t really have an idea what I’d be doing instead if it hadn’t worked out. Most of my life I’ve gone through phases. When I was in middle school, I wanted to draw comics. Now, I never doodle. Most of these things last a season or two in my head, but the record label is the one that stuck.”

His optimism is boundless. Regarding an article published by the alternative press recently pertaining to the fact that no artist has released a platinum album in 2014, he relates, “I’ve never put out a platinum-selling record. For the genres and niche stuff we do, that was never really even a consideration — so the fact no pop star can pull it off doesn’t affect my 9-to-5. I get asked, ‘So when is it gonna end?’ because the rest of the world talks about how music is doomed. The Internet isn’t killing music as a business; it’s just changing it.”

And Puckett continues to look forward. Of their future, he notes, “We’ve got lots of new records planned for the rest of this year and next year as we go into the 10-year mark. I’m really excited about what’s to come.”