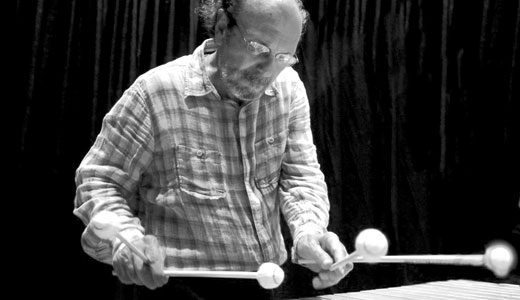 Dick Sisto is well-known locally for his many years of bringing jazz to the Seelbach. Additionally, he performs regionally, teaches at both the University of Louisville and the Jamey Aebersold Summer Jazz Workshops, and has a discography that includes dates with John Abercrombie, Fred Hersch and Kenny Werner, among others. More recently, he has been playing the Clifton Center for gigs with shifting personnel and focus. As with some of his prior concerts here, this will be an intimate performance with the audience seated onstage with the artists. LEO spoke with Sisto about his background, as well as his plans for the future.

“When the Seelbach ended, it was a good time for me. I was ready to get into the semi-retired, less-is-more routine, which I really like,” he said. “I play less and I make a little more, and the gigs are concerts, really no background gigs. At this point, as you mellow and get older, it’s better to be a late bloomer than a has-been. In addition to the Clifton Center, I’ve been playing Indy, Cincinnati, Lexington, virtually every club in Chicago, more regional things, as well as some high-profile concerts for the Percussive Arts Society, an international organization. So even though I don’t live in a big city, there are opportunities if you take the music seriously and play the best you can.”

Sisto then discussed his repertoire. “I’m going to include a wide range of tunes, including some pop tunes from the ‘60s, because that’s my time,” he said. “I recorded a 45 of ‘Going Out of My Head’ for Chess Records with Maurice White; I’m also doing ‘Never My Love,’ one of the ones I did with Dave Stryker, who did a record of this stuff, but I adapted it for solo vibes and bass. Other tunes include Jaco Pastorius’ ‘Three Views of a Secret’ and Thelonious Monk’s ‘Trinkle, Tinkle,’ which is one that people don’t do very much, but I’ve been doing it for a long time. We’ll also be playing a couple of gems from Bill Evans and Kenny Kirkland, and we’ll also do some original tunes, including some I played for the Dalai Lama.”

Sisto is psyched for his duet with bassist Jeremy Allen. “First of all, he has a master’s in bass performance,” he said. “Stylistically, we actually like a lot of the same people. He’s a lyrical player; he’s had some great experience playing with people including [the late] Kenny Wheeler. He approaches the music melodically and has a lyrical approach. It gets to a spiritual level; it’s unspoken. We share a lot of the same perspectives on life and music.

“I love listening to the great duos, like Jim Hall and Bill Evans, Charlie Haden and Pat Metheny — I could go on and on,” he said. “The reason I like it is that it’s a conversation, not just in a group where the drummer and the bassist keep time and there’s a series of solos. This is more of a conversation. The role is to communicate with each other and create a cohesive whole, so it’s the sum of both people. So the soloing is not just soloing, but interplay.”