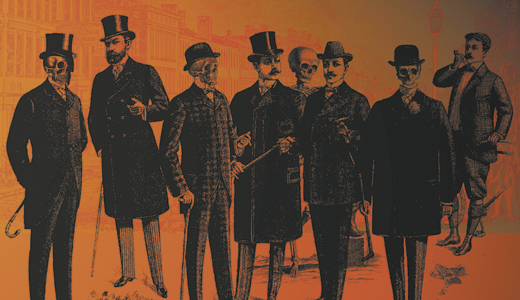 Philippe de Montebello is a museum director’s director, for no other reason than longevity (31 years at New York’s MoMA). His retirement in 2008 certainly didn’t stop his interest in culture; he’s in Louisville to discuss his latest book, “Rendez-vous with Art.” It’s a travel guide of sorts based on conversations between de Montebello and his co-author, art journalist Martin Gayford. They traveled to seven cities, visiting museums and other art locations. Michael Kimmelman, art and architecture critic of the New York Times, will interview de Montebello. The interview will take place at 6 p.m., followed by a question-and-answer period. The dinner with de Montebello and Kimmelman is at 8:15 p.m. Limited tickets are available.  ?—Jo Anne Triplett

Continuing a long tradition of hook-heavy indie started by New Wave punk like Joy Division or The Cure, Surfer Blood is rolling through town this Thursday. At work on their upcoming album, the quartet recently moved from Florida to California — a logical transition if ever there was one, given the relaxed and particularly beach-friendly pop that the band performs. That doesn’t mean that they lack an edge, as there is most certainly a dynamic movement to the group’s oeuvre, but that that edge doesn’t so much cut as move. Surfer Blood makes the perfect soundtrack to a chilled-out summer adventure, so it’s fitting that fellow indie boppers Eternal Summers are opening. Eternal Summers is an equally kinetic and pop-friendly band from Roanoke, Virginia, with delightful female vocals to boot. —Syd Bishop

The LEO office is next door to the Louisville Ballet, so occasionally in the parking lot I’m lucky and will see a dancer, whose athleticism and grace is apparent even in jeans and t-shirts. I appreciate those who work hard to express creativity, in both performance and visual art, so I enjoy moments like this. The Louisville Ballet’s “Studio Connections” offers an entire program that’s personal. The in-studio setting lets you be present in a way you can’t be in an auditorium. This particular evening features both classical and contemporary dances selected by the new artistic director Robert Curran: “Rumination” by Brandon Ragland, “Spring Waters” by Asaf Messerer, “Diana & Actaeon” by Agrippina Vaganova and “Paquita” by Marius Petipa. —Jo Anne Triplett

“Folk music from nowhere” is Tarana, according to drummer and bandleader Ravish Momin. His jazz studies led him around the world, beginning in India and ending in Brooklyn, where those experiences inevitably wandered into his music. Tarana has seen members come and go; in its current form, trombonist Rick Parker plays the dual role of jazz man and synth guru. He contributes abstract melodies over electronic loops, while Momin commands each venture with grounded, near trance-inducing rhythms hailing from North Africa, Egypt, Brazil and India. Fans of avant-jazz and otherworldly sounds are advised to attend. Louisville’s jazz-rock ensemble D’Arkestra will open.  —Lara Kinne

If you like at least one of the incarnations of The Avett Brothers — the raucous bluegrass of the early days, the melancholy singer-songwriters of the middle years or the sugary pop of the later stuff — then it’s worth it to see them live, because you know one thing’s for sure: onstage, they bring it. They radiate charisma, and their ability to harmonize is incredible —  like, “We’ve been harmonizing together for somewhere around three decades and we’re only in our thirties” incredible. Maybe you’re wild about the new material. Maybe you think they’ve lost their edge. Either way, especially if you’ve never seen them live, don’t miss this show. Whatever that extra gear is that somehow makes a band substantially better live than on record, they’ve got it. And that’s rare. —Scott Recker

Louisville never seems in want of a good reason to drink, as evidenced again this weekend at the 2014 Louisville Brewfest, a celebration of local libations. Where other booze-centric fests in town feature nationally recognized craft beers, the Louisville Brewfest focuses only on homegrown brews, which include wine and spirits in addition to beer. Here you can sample from some of our city’s rich brewery tradition, which includes Falls City, Against the Grain or the BBC (to name a few), as well as locally distilled bourbon and wine. While there you can sample local cuisine, take in live local music and check out the Brewseum, a guided tour through Louisville craft brew history. Given the type of festivity here, the event is 21+, but free to designated drivers. —Syd Bishop

Remember the time you heard “that band” and your entire body felt awake and electric — or the time you heard “that song” and decided that wherever you were was where you wanted to remain forever? Yes? Well, Temples is coming to Louisville and I’m guessing, after listening to their music, these are the kinds of moments that happen a lot at their shows. There are few bands that have the songcraft and musical chops to make me feel this way — but Temples, with its music saturated in airy, well-crafted pop psychedelia with a smidgen of glitter (a la T. Rex), is well positioned. See them — glitter and all — this Friday, along with with earnest but energetic Pennsylvania band The Districts and dreamy local evocateurs Murals. —Erica Rucker

Author David Domine has nicknamed Old Louisville “America’s Most Haunted Neighborhood.” Let me confess right up front that I do not prefer to hang out with things that go bump in the night, but my love of our local Victorian architecture has not diminished. An unusual way to experience this historical district is to go on the Victorian Ghost Walk. This year’s event is a “theatrical experience from beyond the grave,” highlighting the architecture, character and, yes, ghosts of the neighborhood. Its 19th century glory (gory?) days will return as actors in costume explain to participants, as they walk through select Victorian mansions, who did what to whom. The tours leave the Old Louisville Information Center every 15 minutes.  —Jo Anne Triplett

Movie Meltdown presents its second annual Halloween event, “Meltdown Macabre.” This year’s version includes a showing of the silent movie adaptation of Edgar Allan Poe’s classic, “The Fall of the House of Usher,” featuring a live performance of an original score by the Louisville band Bermudan. The movie will be preluded by a showing of “Cavalcade of Creepy Cartoons.” The evening will wrap up with a “live” recording of an episode of “Movie Meltdown,” featuring a group discussion of the “The Fall of the House of Usher,” as well as other adaptations of Poe’s work into film. This event is free, but donations will be accepted to fund Movie Meltdown’s upcoming regular movie nights. For more information, visit moviemeltdown.com. Don’t miss this evening of spooky fun! —J. Cobb

Calling all boys and ghouls! It’s that time of year again: time for the annual Halloween group art show at Ultra Pop! Come by and celebrate this ghastly season with Creatures of the Night, as envisioned by some of Louisville’s most talented artists. No scaredy-cats allowed, but don’t worry — the art only looks like it will bite. All art from this macabre creepshow is available for purchase. The show opens Saturday, Oct. 18 and runs through the end of October. And don’t forget, kids, we all float down here! When you’re down here with us, you’ll float too! —J. Cobb

Mike Epps has been in the comedy game for a long time, and he’s done something that’s kind of rare: He’s hit the big time and has also been able to keep the sort of punch that got him there. It’s probably because he steadily worked his way up the stand-up ladder and because he is one hell of a role character in movies, but it also just mainly boils down to something else that’s much more simple: The guy is wildly witty and has charisma for days. Between having no filter, that mischievous look in his eyes and an infectious rebelliousness, Epps is one of the most unpredictable comedians out there. He knows how to toe the line, cross the line, get really weird successfully or whatever you want to call it — it doesn’t seem to matter to him — and he has the innate likability to back it up. —Scott Recker

With straight-ahead rock ’n’ roll, soul and punk sensibilities mixed with the sort of scrappy, don’t-give-a-shit-what-people-think lyrics that make them all the more affable, JEFF The Brotherhood is the best sort of hybrid: the kind that naturally bleeds their influences, but has no intent to worship them. The Nashville-based brothers Jake and Jamin Orrall are the sort of unhinged, explosive band that kill it live. Although at one time they were signed to Jack White’s Third Man Records and had a recent album produced by The Black Keys’ Dan Auerbach, they sound more like their own millennial contemporaries Wavves or FIDLAR — except they give themselves more room for exploration. They’re into the whole “less is more” thing and rightfully so; these two can fill a ton of space. —Scott Recker