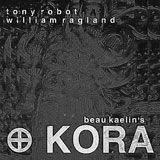 I labor under the pretense that a good score is intrinsic to a solid film, a concept put to test with the release of “Kora,” a film by Louisville native Beau Kaelin. The premise of the film is simple: to capture in images the culture and people of China and Tibet, in a similar vein to Ron Fricke’s “Koyaanisqatsi” or “Baraka” — more hypnotic overview than narrative travelogue. Of course, that sets a rather high bar for this score as it puts musician William Ragland in the same company as minimalist composer Philip Glass. Gone are the bombastic heights of Glass’ scores, replaced instead by a kind of creeping dread that Ragland has become known for, albeit of the soothing sort that focuses on the minutiae rather than the grandiose. The resulting work is an ethereal meditation that mines the nuances of sound for something intriguingly anesthetic.