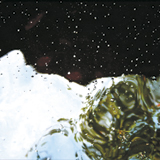 Any musician can relate to the dread that comes with describing your own music, especially when asked that question by people outside of your genre. (I’m looking at you, the elderly.) While I usually pride myself on being able to not only properly gauge people to give them a description of my own music or anyone else’s, what Cher Von does falls so outside the norm that it defies classification. With “Gol,” Von works with vocal loops, found sound collages, and what sounds like either guitar or some sort of distorted tape loop. The end result fluctuates between serenely beautiful and quietly unnerving, an almost visceral anti-music that swirls and churns. Broken up into three movements, Gol is less focused on the constituent parts of itself, and more with the album as a whole, which playfully floats in and out of the ether.