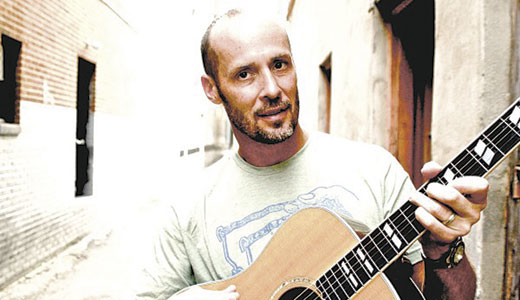 Paul Thorn was raised in Tupelo, Mississippi, at the height of the civil rights movement, and only a decade after a local truck driver named Elvis Presley put Tupelo on the map. Raised on both sides of the racial divide, attending both black and white churches, he grew to become a sensitive singer/songwriter and a professional boxer. Thorn himself is a melting pot of paradox, much like the region from which he hails.

“My father was a Pentecostal minister,” Thorn recalls, his voice heavy and slow with a Mississippi drawl. “We had two churches we attended when I was growing up; one was a black church and one was a white church. They had two different kinds of worship; the black churches had this more rhythm-and-blues style of gospel, and the white churches had this more country-and-western style of gospel. That’s really where I got my foundation from.”

Thorn’s earthy brand of country blues has filled six albums with lyrics that, utilizing a touch of humor, tell the conflicting story of the South. Each song is decorated with characters who run the spectrum from preachers to pimps and housewives to whores. “Sometimes I change their names to protect people’s privacy,” Thorn says of his rich narratives. “But they’re all about someone I know, or maybe versions of myself. Every song comes from a very real place and real people.”

However, on his latest album, “Too Blessed to be Stressed,” Thorn decided to shake things up a bit from his usual edgy wit. “The conscious effort I made on [this album] was to put a group of songs together that had positive meanings, with singalong melodies that were designed to make the listener feel good. I want this album to be known as the Americana Kool and the Gang.”

While most of the songs were designed to make you smile and feel better, “Mediocrity is King,” one standout track on “Too Blessed to Be Stressed,” puts our modern consumption of pop anti-culture in the crosshairs. “I hear a lot of music,” Thorn says of the song.  “I’m not gonna call anybody out, but I can’t believe people like it. Their argument is that they sell millions — well, you do sell millions, but so does McDonald’s. To me, that argument doesn’t hold up. McDonald’s isn’t what anyone would call good food. I call it McMusic.”

But music isn’t the only area of modern consumerism where Thorn found discontent. The song subconsciously laments the mutually agreed upon disconnect in which we have all found ourselves living, where what is “right” often gets trumped by what is “less wrong.” “Wal-Mart supercenters just crushed small-town mom-and-pop stores,” he says, once again reflecting on his Tupelo upbringing. “And now you just got Wal-Mart, you walk in there and an old person might greet you at the door, but once you get past them … you are completely on your own. It’s the perfect metaphor for the isolation and barriers that modern society has thrown at us.” Which is exactly why modern society needs the healthy dose of optimism that “Too Blessed to Be Stressed” offers to the world. It’s like a smile on a bad day in a series of bad days.

So how does a former professional boxer turn into a singer/songwriter/rural philosopher? According to Thorn, he was a singer first: “I always was a singer. Ever since I was 3 years old I was a singer,” he says. “Boxing is just something I did in the middle. I did it for about eight years, and when I was boxing I was still doing music, because even with a black eye, broken nose and swollen knuckles … I could still manage to pick a guitar.”