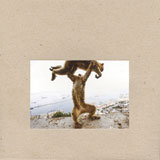 I’ve had to retype my opener here a few times over in my excitement to explain just how hyped I am to have a new Shellac album in my hands, and a great one at that. In many ways, the last few albums have been released to diminishing returns, not that they were bad, but just that they were forever in the shadow of Shellac’s debut record, “At Action Park.” But “Dude Incredible” seems poised to upend that distinction. Where previous albums have seen the trio attempt to either try their hand at comparatively pop compositions, or entirely esoteric experiments in repetition, here we have a return to form. Shellac has quite possibly never been more energetic or visceral as they are with this album. Tracks like “Riding Bikes” or “Gary” seethe with a kind of muscular restraint that you can only get from Shellac.