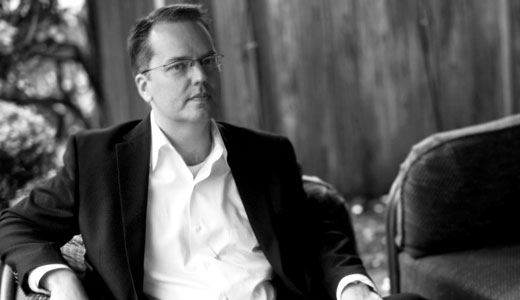 To say that author David Bell is a dedicated writer is an understatement. A professor at WKU, Bell has studied literature and composition since his early twenties, pursuing his muse at every turn, which ultimately led him to his dual career as both educator and author. His first novel, “Cemetery Girl,” found Bell exploring themes of family pushed to the limit. His latest novel, “The Forgotten Girl,” was released recently to some acclaim, mining similar territory as his earliest work of loss and addiction in small-town America, which in this case is both a murder mystery and a meditation on nostalgia.

That there is a predilection toward violence and addiction is central to the narrative. Of the relationship between the two, Bell notes, “I think we have a lot of characters who are trying to exercise power over other characters in one way or another, and one weapon people have is sex—either in the case of men trying to force sex on women, or women perhaps using sex as a way to get something from a man. Sex and sexuality are woven into the fabric of our lives no matter who we are, so it will inevitably intersect with other issues.”

For Bell, environment is everything. He explains, “Location and setting are very important. It’s a little easier to depict the ripple effects of a crime in a smaller community. If someone lives in a town where everyone knows everyone else, then everyone is affected by something that happened. But I also think a myth exists about small towns in America, and that is that they are safer and purer than other places. I like peeling back the surface of a small community and showing what might really be going on there.”

He continues, adding of that examination of the trappings of youth and backdrop, “As we grow up, I think we’re pulled in two very different directions. On the one hand, we’re hungry to get out and move away and see the world. On the other hand, we feel a strong pull toward home and the obligations we have there to our families and our communities. I write a lot about characters who feel that pull because I know I’ve experienced it myself. I also think as we get older, we all have a tendency to mythologize the past.”

And he makes it seem easy. Bell explains of his process, “I have a day job as a creative writing professor at WKU, so I have to balance my teaching with my writing. I’m very fortunate in that my day job and my writing go hand in hand. I teach writing and so I talk about stories all day and then I create my own stories the rest of the time. It works out pretty well.”