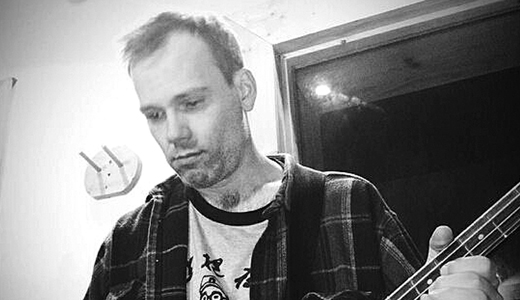 If you missed “Pacific Midwest,” the debut solo effort by ultra-talented Louisville multi-instrumentalist Andy Matter, then I recommend checking it out. When I reviewed the album earlier this year, Matter wasn’t so fond of my words, although I meant well. But we bonded over it, and I came away with a better picture of what he has to offer, and why it’s worth your attention.

The result of several years and many guest players, “Pacific Midwest” is a sonically dense record that builds on Matter’s myriad musical experiences. Matter describes it simply: “‘Pacific Midwest’ is a collection of attempted lo-fi anthems that tell a story of finding optimism.”

Of course, “Pacific Midwest” is just one of the many plates that Matter spins, as he splits his time with both Opposable Thumbs and Mimi Von Schnitzl. Matter plays well with others, noting, “Collaboration is my fastest route out of my own head. While I think I can compose a pretty ditty now and then solo, even that is built on things I’ve learned from having worked with people far more talented than myself. So, today’s collaboration will eventually improve tomorrow’s solo work.”

Splitting that time is tough. “It is an ongoing process,” he says. “Right now we have a solid practice schedule between the three bands, but the rest — shows and recordings — is played mostly by ear. Fortunately, we’re rather good about keeping each other informed. I can’t imagine doing all this with landline phones.”

So what’s next for someone this busy? Even though he just played his last scheduled show, you can sure bet that there is more on the horizon, especially for someone as prolific as Matter. As to his next album, Matter admits, “When listeners are as sick of ‘Pacific Midwest’ as I was when I’d finished recording it, I’ll start on the next one. Keep in mind, though, I already have a working title and two songs in the works.”

Matter never really seems to rest, and you can hear that diligence in his music.