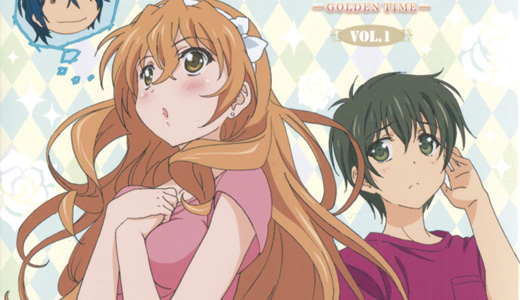 We’re constantly amazed at how entertaining these young-adult Japanese anime series’ are. Case in point: this one based on an 11-book tale about a pair of young men – one recovering from retrograde amnesia and whose pre-accident “spirit” appears from time to time – who meet at college. Among the young women in their lives are the extremely beautiful Koko, who made a childhood marriage pact with one of the men, now rejected, and Linda, who may have been responsible for the amnesia. If this all sounds like a soap-opera … it is! But with an intriguing and ever-revealing plot, great music, and enticing visuals, this is terrific TV, regardless of how you label it.

Michael Bay moves the Transformers saga along – dumping Rosie “she was mean” Huntington-Whiteley along the way in exchange for vapid, if blistering, Nicola Peltz – after they saved the world but destroyed Chicago in “Dark of the Moon.” Mark Wahlberg comes aboard as an inventor to guide daughter Peltz and her boyfriend, Jack Reynor, into trouble with The Law, represented by dickish Kelsey Grammar. Stanley Tucci’s fey, arrogant rich-guy is wonderfully over the top, and the Dinobots – arguably the most-popular of all Transformers – finally arrive. Exhausting but truly entertaining.

The lead characters are named Falcon, Darling, Tongues, Beefhead, and Styles, so you know this is one classy slice o’ revenge-flick with extra gore – and nekkid wimmen! One-man film industry Nick Principe (“Army of the Damned”, “Chromeskull”) spends 10 years in prison dreaming up painful ways to pay back the people who put him there. Gorgeous, oft-nude horro-babe Robin Sydney is in her element, with up-and-coming model/actress Kerry “Kilk” Krogstad for extra texture. Oh yeah, it is an artform.

This buddy-comedy has the cast of the gods, with Owen Wilson and Zach Galifianakis returning to the latter’s hometown when his estranged father dies. There they find Amy Poehler, sexy Laura Ramsey, and a host of sitcom greats standing between him and his inheritance, But what makes this really work is a script filled with surprising warmth and grace from writer/director Matthew Wiener who previously brought us “Mad Men,” “The Sopranos,” and “Becker.” Worth every nickel.

Jon Favreau wrote, directed, produced and stars as a washed-up chef who tries to reclaim his family and rebuild his career with a food truck. And if you think that’s impressive, check out the cast which includes John Leguizamo, Scarlett Johansson, Dustin Hoffman, Oliver Platt, Amy Sedaris, Robert Downey Jr. (with a great “Iron Man” dig) and more! Okay, some of them are just cameos, but who cares? Young Emjay “Rake” Anthony is terrific as his son (with mom Sofía Vergara moving the story from LA to Miami), but beware: as Favreau reclaims his joy of cooking, it will make you damned hungry. Fun.

A frank if biased doc that asks the question, “Is a bazillion-dollar college education worth the expense?”, then answers with a resounding “probably not.” Frankly, we thought the analysis was a bit shallow, given that nothing can guarantee a long and fruitful life — you could get run over by a beer truck on graduation day — but we agree that all our futures are clearly being co-opted by for-profit “corp colleges” and state-run institutions that continually jack the price up beyond the point of reasonable return. You listening U of L?

In “Doc Martin”, star Martin Clune plays a miserable old coot who hates/fears animals. But in real life he is an unrepentant nature lover, as evidenced by this globe-trotting series which explores not only the nature of Nature, but often how Man has influenced its development – and vise-versa. Five episodes focusing on dogs/wolves, horses, monstrous/harmless Manta rays, lemurs, and lions. A warm, exciting and very personal journey that had us yearning for a walk in the woods.

Grandma Peggy (Rue “Golden Girls” McClanahan) dies unexpectedly after tripping over her lover’s wooden leg, leading to the most over-the-top gathering of redneck deadbeat white trailer-trash and flamboyantly happy queers ever to spit the chaw. With Olivia Newton-John, Beau Bridges, Bonnie Bedelia, Delta Burke … do we really need to go on? A smelly slice of Jerry Springer-life from the hit off-Broadway play of the same name, all courtesy of “Queer As Folk” writer/producer Del Shores, finally available on Blu-Ray.

THE FIELD OF BLOOD, SET 1

This distaff gutsy-young-reporter series, set in 1980s Glascow, is everything you could want in a TV show. The star, Jayd Johnson, is absolutely adorable as she elbows her way into places where she truly wishes she didn’t have to be, then fighting off the male jerks in her newsroom, calming her very Catholic family, and getting personal with both the victims and perpetrators of heinous crimes. Extremely well written and affecting, with a cast that includes David “The Walking Dead” Morrissey, and Peter “the latest Doctor Who” Capaldi. Addictive TV.

Liam Neeson takes time off from being Indestructible Action Man to screw Olivia Wilde, who then takes a shower. Dude! He’s cheating on wife Kim Basinger(!), crosses bad-guy Adrien Brody(!), and is played for a sap by ravishing Italian actress Moran Atias. Meanwhile Mila Kunis(!) and James Franco(!) are having their own problems. But those are just two of the three interlocking tales set in and around Italy. If you guessed that this is just a big-ole crazy-quilt cameo-fest, you’d be right, but you gotta admire the filmmakers’ moxie, and it is fun to spot all the stars. Goes well with beer and an old sofa.

The character of Miss Marple, England’s venerable tweet-clad spinster-sleuth, is something of a cottage industry across the pond, having appeared in over 30 TV and movie features going back to the 50s. And these three TV mysteries, set in the 1950’s, are perfect examples of why they are so loved. Julia McKenzie leads a cast of Britain’s best in three glorious, lively outings that span from grand country estates to the beaches of the Caribbean – our favorite being “Endless Night”, wherein a young couple build their dream home on gypsy-cursed land. Nicely done all ‘round; highly recommended.

Dana Delany, Nan Woods, Chloe Webb, Marg Helgenberger and Michael Boatman continue their groundbreaking distaff look at the Vietnam War from inside the “Five and Dime”: the 510th Evacuation Hospital and R&R Center. About half of this final season is told in flashback as cast members juggled their availability amid burgeoning careers. “Boonie” (Brian Wimmer) is crippled in a jeep accident, K.C. (Marg Helgenberger) gives birth to a daughter while handcuffed to Murphy (Dana Delany), whose war experiences lead to alcoholism. The series ends, of course, with the legendary 2-parter, “Hello Goodbye.” Possibly TV’s greatest achievement.

Welcome to tranquil Suicide Forest; a beautiful spot in rural Japan with clean air, a great view Mt. Fuji – and the world’s highest suicide count. American student Kaitlyn Leeb (“Total Recall”) gets a strange package in the mail and decides to take a film crew there to search for her birth mother. And they get lost. On Halloween. Not good. Lots of flashy ghosts, ghouls and some truly toxic gore combine to give this R-rated J-horror real teeth (snigger). Originally seen in a watered-down version on the SyFy Channel.

The original 1960’s H50 was a landmark series on TV, mixing exotic locales, beautiful women, crime, espionage, and hunky men with guns. This new imagining has all the same elements, but done in a more laid-back manner to our eyes, and the addition of smokin’ little Grace Park as the bikini-clad cop definitely fills a hole in the original lineup. In our favorite episode of the season, Scott Caan, Alex O’Loughlin, Daniel Dae Kim and the rest of the gang have gruesome – but serious – fun in a Halloween episode that features zombies, stolen cadaver noggins, Rumer Willis, and a mysterious mad doctor doing twisted human experiments. What more could you want from a TV show?

HOUSE OF THE WITCHDOCTOR

This is just your basic “beautiful people in a secluded mansion getting picked off by a sadistic, er, sadist.” But what makes it special is all the, uh, beautiful people, including Bill “Army Of Darkness” Moseley, Leslie “Devil’s Rejects” Easterbrook, Allan “Night Of The Creeps” Kayser, up-and-coming scream queen Steffe Grotte, lovely Emily Bennett (who gets nekkid and boned), plus the wonderfully named Summer Bills. An engaging little slice of hell by people who know what they’re doing.

SHE: THEIR LOVE STORY

This popular Thai tear-jerker has grown to become a runaway international hit. A successful, married career woman (lovely, dark-haired Penpak Sirikul) with a young daughter, develops cancer. Incurable, she walks out of her marriage to spare her family the trials of her demise. But that’s just the beginning of the story as she befriends a young photographer (Ann Baker), and through her, a journalist immersed in the world of Bangkok lesbians. This resulting end-of-life search for love and passion is transformative. What would you do if you knew you were going to die? (FYI: You are.)