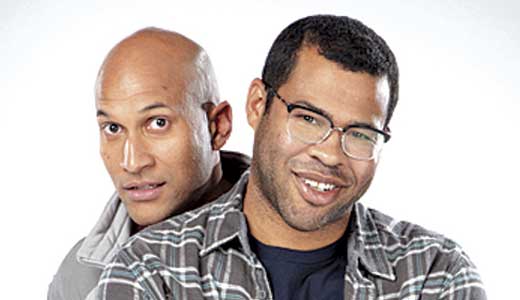 Hands-down our favorite new show of 2014 – and maybe of the last decade. Anna Faris is a recovering druggie/alcoholic with two kids and a shitty waitress job. She never met her father, was raised by her narcissistic – and freakin’ hilarious – mother, Allison Janney, lived on the streets as a child and now sleeps with her married, weenie boss. But she is a survivor, going to AA meetings while clinging to whatever scrap of dignity she can find – only to learn that her teenage daughter is pregnant! Sounds like a laugh riot, don’t it? Trust us, this is the best-written, warmest, sexiest, most surprising and pee-yourself funny show on the tube today. We’ve watched every episode 3-4 times and still laugh till we cry. A must-own.BY David B. King & Bill Raker

The great Andy Lau of “Detective Dee: Mystery of the Phantom Flame” returns to form in this classic Hong Kong police-actioner. He’s a cop charged with bringing down a ruthless armored-car gang by planting reluctant Ka Tung Lam into the group as his snitch. Lam wants only the chance to start his life over with his girlfriend, the beautiful Chen Yao. You just know this isn’t going to go well, don’t you? One of the best HK titles of the year.

Finally, something meaningful in a no-budget shocker! Newcomer Gavin Brown is having a rough time in in the fifth grade: a good student, but bullied by his classmates and constantly stressed by his overreaching parents. To top it off he finds out that his older brother (first-time actor Ethan Philbeck) is a serial killer! Man, don’t you hate it when that happens? All of the usual blood and gore that you look for in a ripper-yarn, but with an emotional depth that is truly affecting.

Sweden was once a land without crime, a beacon of peace and harmony throughout the globe. But that was decades ago; today it is as violent and corrupt as any place on Earth. That’s the land where Falk (Jakob Eklund) must battle organized crime. In classic lone-hero mode he breaks all the rules – something unheard-of there – to bring down the bad guys, though his efforts are often eclipsed by the insights of undercover agent Joel Kinnaman (“The Killing”), who steals scenes with abandon. Forget what you know about Swedish TV: this thing rawks!

Natsuru, a blue-haired high school boy, wakes up one day … as a girl! He quickly learns from a stuffed tiger that he is now a “Kämpfer,” a mystical fighter. But that’s the easy part: His best gal-pal turns out to be a lesbian with the hots for his new body, and the whole school is curious to see what’s going on under his skirt. Oh, and he must be prepared at any moment to engage in lethal combat with other Kämpfers. Knives, swords, and roundhouse kicks give a whole new meaning to “feminine protection” as Natsuru learns to wield his new-found psychic fireballs, having lost his own in the trade. Fun stuff.

Seth Rogen and Rose Byrne have the perfect life: A new baby, a nice house on a quiet street, and all the love in the world. Then Zac Efron and his fraternity buddies move in next door and it swirls down the crapper. Frankly, all this comic talent sometimes gets lost in the escalating war of pranks between the two households – the filmmakers seem to be aiming for “Van Wilder” but miss the mark – though the hooting, largely YA crowd at the theater didn’t seem to notice. Co-stars Dave Franco, Christopher “sex in the bushes” Mintz-Plasse, Carla “Superbad” Gallo, stunning Halston “Grown Ups 2” Sage and Lotsa Nekkidpipple.

Rod Cameron made TV history as Lt. Rod Blake in this groundbreaking crime drama set in and around early Las Vegas, based largely on real cases of the Nevada State Police. While Rod carried the bulk of the series, he was occasionally aided by character actors Robert Armstrong, Don “Gentle Ben” Haggerty, and a host of classic silver screen stars testing the newly-minted waters of TV. Watch for Faith “This Island Earth” Domergue, Claude Akins, Michael Landon, Edward “Get Smart” Platt, Mike “Mannix” Connors, and scream queen Beverly Garland, to name a few. TV gold.

While we might argue that Elizabeth Olsen, at age 24, is too old to join Dakota Fanning (age 19, playing 17 here), they do a remarkable job of making you believe that they are virginal childhood friends on the cusp of adulthood. One is the quiet child of Ellen Barkin and Clark Gregg, parents in the white-bread/suburban/Sunday-school mold. The other is the product of free-wheeling Demi Moore and Richard Dreyfus, who encourage their child to take hold of life and live it to its fullest. Both girls fall for the same boy; one loses her virginity (“I know I left it around here somewhere”), and life, as they say, goes on.

A man and his grandson go hunting together and accidentally shoot a troublesome neighbor with whom the old man had a long-running feud. Whoopsie! So, in his best grandfatherly voice he coos, “Let’s hide the body and no one will ever know what happened.” But things never go that well, do they? A dark no-budget coming-of-age story that sucks you in, disguised as modern horror-drama. We liked it.

This comedy/drama/mystery series from Italy is wildly popular – currently in its 10th season abroad – for one reason: grindhouse stalwart Terence Hill, most famous in America for his Trinity movies of the 70s and 80, and for starring in 1968’s “Django, Prepare a Coffin.” Here he plays the titular average, everyday, crime-solving … Catholic priest! No gunplay, few chases (always on foot), and zero violence. So why are they so good? Easy: They are brilliantly written, flawlessly directed, and filled with enough wonder, wisdom, warmth, humor, hope and nonsense to entertain even this pair of jaded American viewers. Incredibly addictive.

IN THE FACE OF CRIME

When you hear the word “Mafia” you generally think of Italian crime syndicates. But no criminal group in the world can compete with the Russian Mafia for sheer, unadulterated ruthlessness. That’s the focus of this 10-part German TV series, set in Berlin where their most horrific crimes occurred. It follows Marek and Jelena, one a cop who lost his brother to the violence, and the other a woman forced into prostitution by the mob. With the police firmly in the pocket of corrupt officials, and fear isolating people from helping each other, this is the single darkest, most unnerving and realistic portrayal of human evil we’ve ever seen. An absolutely riveting experience unlike anything on US TV; highly recommended.

One of the biggest hits of the 80s, this TV legal drama created by Steven Bochco (Hill Street Blues, NYPD Blue) lasted an amazing 8 seasons, spawning a dozen spinoffs and imitators. This season – largely regarded by fans as the best of the series – started off with a bang as Grace (Susan “Partridge Family” Dey) prosecutes a man who inappropriately licks a woman’s ear. Okay, so it’s not the most profound episode of the series, but we always liked it. Stars Corbin Bernsen, Jill Eikenberry, with Richard Dysart, Harry Hamlin, and, of course, Jimmy Smits.

The fifth season of this “Carol Burnett Show” spinoff became more socially conscious, tackling a string of important issues including homelessness, sexual harassment, and infertility. But one treat often overlooked by the casual viewer was the only series appearance of veteran actor and voiceover talent Hamilton Camp as a doctor. Sharp-eyed viewers will immediately recognize him from several “Star Trek” spinoffs, as Professor Chromedome from “The Tick”, and as Merrit on the vastly underrated “Titus.” The very definition of Classic TV.

Outre juggernaut Neil Gaiman pairs with artist John Romita. Jr (“Amazing Spider-Man”) to tell this tale of Ike Harris, a man of no particular distinction who nonetheless remembers thousands of years’ worth of wild adventures and passionate love affairs. Problem is, no one else remembers them, even his lovers. But if it’s all in his quickly-deteriorating mind, why is someone trying to silence him? While arguably a popular Marvel line, we don’t understand why its not better known. Worth your time.

This feature-length British kids-movie, spawned by the popular TV show, is something of a sensation across the pond thanks to its surprisingly thought-provoking – and very entertaining – life lessons for the wee-ones. Pat, a true-blue letter carrier who believes in all things good and true, finds himself in a pickle when invited onto a TV talent show, discovering (gasp!) That the world of entertainment is filled with deviousness and falsehood. He is voiced here by Stephen Mangan (“Dirk Gently”; singing by Ronan Keating), with help from Jim Broadbent, Rupert Grint, and Robin Atkin Downes as “Simon Cowbell.” Head-and-shoulders above anything made for kids in the US.

A massive, long-overdue 13-disc box-set of “Spartacus: Blood and Sand”, plus the prequel, “Spartacus: Gods of the Arena”, along with “Vengeance” and “War of the Damned,” all spiced with audio commentary and a collection of nice bonus goodies. The first, of course, starred Andy Whitfield as the death-dealing gladiator who killed men and screwed women with abandon – thank you, cable-TV! – until Whitfield’s cancer interrupted development. The series was eventually re-invented with Liam McIntyre in the role, and – as they say – “history was born.” One of the most anticipated video sets of the year and well worth the price for almost 36 HOURS of entertainment.

Not to be confused with a popular little “Rosemary’s Baby” knockoff from 2002, this is an indie crime thriller starring Susan Sarandon as a detective, ably assisted/distracted by Gil “Ally McBeal” Bellows, Ellen Burstyn, Topher “That 70’s Show” Grace, Christopher “Hell on Wheels” Heyerdahl as the looney (not a spoiler), and the always welcome Donald Sutherland. Yeah, it’s one of those slick spliced-cameo affairs, but entertaining