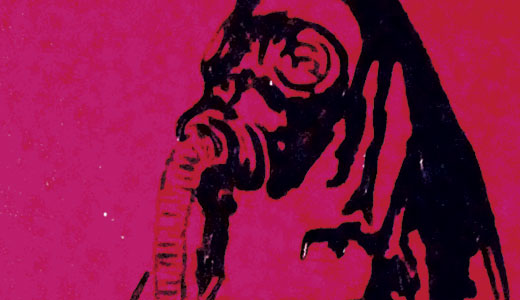 When I first saw The Black Keys, it was two guys, one drum and one very loud guitar. I didn’t know two people could make such amazing and wonderful noise. Times have sure changed since those old shows. The new album “Turn Blue” was produced with Danger Mouse, but seeing Dan Auerbach and Patrick Carney, the duo that is The Black Keys, on the big stage and knowing that they paid their dues in small venues all over will make this weekend’s show at the Yum! Center that much sweeter. Auerbach and Carney have spared nothing by inviting Bowling Green, Ky., band Cage the Elephant to share the stage. The Black Keys’ shows always feel like getting back together with old friends. With Cage, it’s like a family reunion. —Erica Rucker

Pandora Productions always brings us socially relevant (typically hilarious) plays that, while speaking directly to the LGBT community, have something to say to all of us who believe in the triumph of the beauty, laughter and hope. “My Big Gay Italian Funeral” is no exception. This sequel, directed by Michael Drury, picks up where “My Big Gay Italian Wedding” leaves off — at the funeral of Anthony’s father Joe. The sequel has all the hilarity and some of the same characters as “Wedding” and promises to be just as popular. Anthony (played by Zachary Burell) and his estranged gay brother Peter (played by Zachary Hebert) are reunited after a decade of not speaking. It’s laugh-out-loud family drama complete with drag queens and a psychic. — Laura Snyder

Through 18 years and 12 albums, Drive-By Truckers have been a band marked by constant lineup changes. Their sound, largely shaped by founding members Patterson Hood and Mike Cooley, has benefited from a veritable cast of who’s-who in the alt-country/Southern rock world.  Regarding the Truckers’ latest album, “English Oceans,” core members Hood and Cooley agree that they “made a magical record.” On this release, singer/guitarist Cooley has contributed more songs than ever before. He says, “This lineup is so direct. It can go from this chainsaw rock ‘n’ roll to very delicate, pretty-sounding stuff.” Hood agrees that it is the perfect “stripped-down” group to represent these songs. —Sarah Balliet

Most audiophiles would argue over the perfect medium. For many it’s vinyl, although for the general public, it’s usually MP3 or CD. For some though, the cassette is, if not the perfect storage format, the most unique. At least that’s what the good folks at City State Tapes, a small Louisville-based label thinks. They’re kicking things off this Friday with a launch party at the venerable Dreamland. Heading up the event is the newly minted project Exacta Cube, a collaboration between Nick Sturtzel of Norrin Radd, and Dennis Stein of Introvert, who will release their first album at the show. Opening up the evening is the ever-unpredictable Shedding, who fluctuates between electronic meditations and comparatively pop styles, and the textured synth sounds of Connor Waldeman.  —Syd Bishop

Let’s give a round of applause as a welcome to the Louisville Ballet’s new artistic director Robert Curran, his background — dancer with the Australian Ballet for 16 years, university studies in business and theater, and co-founder of the dance company Jack Productions. While the 2014-15 season was already in place before his arrival, his duties will begin with “Giselle,” a dance he has performed. “Giselle’ is a time-honored romantic ballet coupled with a supernatural twist. I’m not giving much away when I say Giselle falls for the wrong guy, dies and then is summoned from her grave to do him harm. As a ballet that’s performed around the world because of its outstanding choreography, “Giselle” is a great way for Curran to start his tenure.  —Jo Anne Triplett

Theatre 502’s second production this season, “Red Speedo,” takes its name from the endorsement deal Ray, a competitive swimmer, wants at all costs. Directed by Theatre 502 cofounder Amy Attaway, “Red Speedo” is a rapid paced 90-minute play by one of the country’s hottest young playwrights, Lucas Hnath, whose work was last onstage in Louisville early spring when his play “Christians” premiered at the Humana Festival. of New American Plays. “Red Speed,” also a new work, premiered at Washington D.C.’s Studio Theatre, September 2013 and had critics talking about the chlorine-scented stage and competitive sports as ripe metaphor for “fairness” and what may be the myth of the American dream. The play’s four characters are performed by Michael Mayes, Jon O’Brien, Joe Hatfield and Sarah East —Laura Snyder

Everybody loves nuns and everybody loves art. Finally someone has brought these loves together. The Derby City Sisters are hosting their first ever Sisters Art Show. Nun-inspired art that will tickle and tantalize you, and it’s all for a good cause! Come snag some art from local artists, including art from members of the Derby City Sisters, as well as nun art from around the world.  All artwork has been donated, and proceeds will benefit the Louisville AIDS Walk and Pet Walk! The fun continues at the official after party hosted by Chill BAR Highlands! Lots of ministry and mischief to be had, come out and play! – J. Cobb

This weekend marks the eighth annual shotgun fest, a celebration of all things Germantown, which as ever promises to be interesting. The festival will see all sorts of live music, food trucks, vendors and artists setting up around the Nachbar, culminating in a dance party guaranteed to satisfy the neighbors, since in this case, they’ll probably all be there. Just the fact that local legends King Kong are headlining the event ought to give you an idea of just how rowdy things are, given that the band rarely makes an appearance that isn’t a barnburner of a party. You can also catch the classic R&B/rock sounds of Iamis, the rock orchestration of In Lighting or even an Elvis impersonator. What better way can you think to enjoy shotgun housing and family-friendly fun? —Syd Bishop

Long running Louisville music blog We Listen For You is celebrating another year this weekend with their seventh birthday bash at Haymarket Whiskey. Hosted in town, We Listen For You is the brainchild of Hank Willenbrink and LEO contributor Zach Hart, a celebration of all that is musical in and outside of Louisville—they really do listen for you. This Friday features performances by a number of local acts including the mysterious alt rock of Go Mordecai, the delightful garage pop of Lady Pyramid, the AM Radio insanity of Family Dog, and the mellow freak folk of Dream Eye Color Wheel. There are a few DJ sets before and after, as first White Reaper and later The Pass curate music throughout the event. And bring your appetite for the El Taco Luchador truck. —Syd Bishop

A female robot, special effects, Deco skyscrapers – what’s not to like? The Speed Art Museum is hosting a viewing of the 1927 film “Metropolis” accompanied by Louisville organist Tim Baker. Referred to as the first full-length science fiction movie, “Metropolis” is a silent film that is anything but quiet. At its core it is a tale of the haves and the have-nots wrapped around a love story. When the late film critic Roger Ebert saw the restored “Metropolis” in 2010, he said that it “does what many great films do, creating a time, place and characters so striking that they become part of our arsenal of images for imagining the world. (Director Fritz) Lang filmed for nearly a year … and the result is one of those films without which many others cannot be fully appreciated.” — Jo Anne Triplett

Most of us shoot photographs when we travel but it’s usually to record a moment in time that delighted us. In other words, memory joggers. Not Nate Larson. While we become fascinated by roadside attractions like the Wigwam Village in Cave City, Ky. (OK, that was me), he sees the larger picture, pun intended.  “Struck by the patterns and easy repetition of travel and tourism,” Larson states, “the photographs are meditations on the man-altered American landscape and (the seeking of) an un-monumental understanding of the human experience within it.” Lawson will give a lecture on Thursday, Sept. 11 at 6 p.m. in the Ekstrom Library’s Chao Auditorium. —Jo Anne Triplett

Once upon a time, the elder statesmen of bluegrass snubbed New Grass Revival for that band’s nontraditional blend of bluegrass with rock and other genres. They persevered, though, leading the way for bands such as Greensky Bluegrass. GSBG was founded in 2000 in Kalamazoo, Mich., embracing traditional instrumentation and material ranging from classic bluegrass such as the Stanley Brothers’ “Clinch Mountain Backstep,” to Prince’s “When Doves Cry,” and Bruce Springsteen’s “Atlantic City.”  The  tour supports their fifth studio album, “If  Sorrows Swim,” released Sept. 9. Their approach to their music combines the loudness of rock with the acoustic nature of their instruments, filtered through an improvisational viewpoint. They’re taper-friendly, with 484 shows (to date) on archive.org. 18 and over. —Martin Z. Kasdan, Jr.