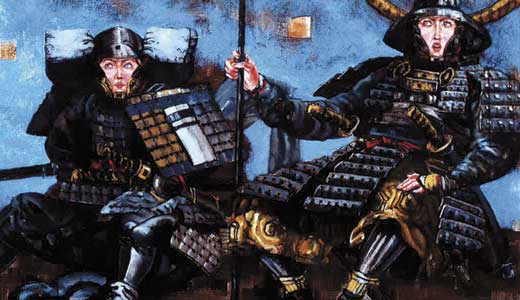 Do you have a little Irish in ye? Doesn’t matter. This Thursday, Sept. 18, O’Shea’s Irish Pub is starting the celebration and preparation for St. Patty’s Day 2015. The Bluegrass Brewing Company will be serving a “once-a-year” offering — the BBC Big Fella — a special stout soaking in bourbon barrels for the last 365 days. Executive chef Kyle Schwan will also be bringing a true Irish menu to the festivities, including an Irish burger, lamb stew and shank, as well as a 50-year-old recipe of Guinness-beer-battered fish and chips. Once you’ve had your fill of the Irish fare, have more BBC Big Fella to the tunes of Highland Reign. The event is sponsored by the The Ancient Order of Hiberians, an Irish-Catholic fraternal organization that has sponsored the first 41 Louisville St. Pat’s parades. Come see what the they have planned for the 42nd.  —Aaron Yarmuth

A cocktail hour, silent auction and five-course dinner made with all local products will benefit the Food Literacy Project, Louisville’s only nonprofit that provides hands-on, farm-based education. While the tickets are a bit pricey, they cover signature cocktails and locally grown food prepared by some of Louisville’s best chefs. Proceeds will help the Food Literacy Project reach out to more of the area’s youth, families and schools to teach them the importance of healthy eating and supporting local farmers. The event is currently sold out, but you can still reserve a spot on the waiting list in case a ticket holder can’t make it. Call 491-0072 to get your name on the waiting list. —Rachel Shulhafer

Dreamland continues its adventurous jazz programming with GAMMA, featuring award-winning saxophonist J.D. Allen and former Louisvillian Brandon Coleman on guitar. Opening will be the Dreamland Improvisation Company, a music ensemble with rotating membership to keep the ideas fresh. Allen’s latest (of eight) albums as a leader is “Bloom,” on which he mixes thoughtful originals with his unique interpretations of two standards, “If You Could See Me Now” and an a cappella “Stardust.” Allen’s originals are frequently edgy and exploratory, influenced by modern classical as well as jazz and American songbook.  Coleman said, “We will be playing some tunes from “Bloom,” some older compositions of his and some of mine as well! J.D. and I have played together quite a bit around town; it’s a consistent project that’ll be ongoing.” —Martin Z. Kasdan, Jr.

With such an innocuous name, it’s hard to guess what to expect with Tennis. Maybe they are kitschy, peddling their cleverness like Zooey Deschanel making a Target ad. Maybe the name is ironic, an attempt to avoid any direct meaning or insinuation as to their sound. Or maybe it’s not worth overthinking, and they just make relaxing and particularly well-put -together indie rock. Tennis makes especially pleasing music that manages a balance between pensive indie ruminations and a driving dynamic forward momentum. With the release of their third full-length record, “Ritual In Repeat,” the band scratches an itch that you didn’t even know you had. Also playing is Pure Bathing Culture. Doors are at 9 p.m. at Headliners. —Syd Bishop

Kentucky Opera opens its 2014 – 15 season with Beethoven’s only opera, “Fidelio,” with performances at the Brown Theatre. The storyline of “Fidelio” could fit right in with the hard news lines of today, with an unjustly accused political prisoner tossed to the bottom of a dungeon — and the woman who loves him stopping at nothing to free him. But for some of us, the plot’s NOT the thing. It’s the music. Beethoven composed “Fidelio” in 1805, in the same period he was soaring beyond the classicism of his first two symphonies to create a new romantic and heroic form with the “Eroica” third symphony — and that romantic idealism shows musically though in the heroic heroine Leonore, sung by Kara Shay Thompson, in her efforts to save Florestan, sung by Jonathan Burton. — Bill Doolittle

If you’ve ever pined, “Oh, Play Me Some Mountain Music,” chances are you’ll like  “I’ve Rambled This Country Both Early & Late: A Celebration of Kentucky Mountain Music.”  In 1937, Alan Lomax traveled Eastern Kentucky, documenting mountain music. The result was 32 hours of recordings of ballads, hymns, fiddlers, guitarists, harp-blowers and banjo players, all of which has been digitally restored and made widely available for the first time. As part of that initiative,  Nathan Salsburg, curator for the famed Lomax Archive,  teamed up with the Clifton Center to put together this two-day celebration, which kicks off at 7:00 with a talk by Salsburg, followed by a performance by John Harrod & Kentucky Wild Horse. Saturday’s festivities include shape-note singing, film screenings, workshops and square dancing. Festival admission is “pay what you will.”  —Laura Snyder

Photographs of Weimaraners are forever doomed to be compared to William Wegman’s images of his dogs Man Ray and Fay Ray. Vivian Knox-Thompson knows this, and has skipped the fanciful poses to shoot straight compositions in large-scale black and white. Her dog portraits have personality without shenanigans.  “There is no hidden agenda with a dog, only pure and unselfish spirit willing to share its very soul with you,” says Knox-Thompson. “This is the feeling I try to capture with my lens … the play of light and shadow to reveal the depth of each dog’s magnificent spirit.” Gadabout Gallery and Artisan Shoppe has an enviable location near the Big Four Pedestrian/Bicycle Bridge in Jeffersonville. The opening reception is Friday, Sept. 19 from 6 – 9 p.m. as part of “Hops, Shops and Chardonnay.” —Jo Anne Triplett

The band Islands makes a sweet sound, if not wholly inspired by their namesake. Parrothead music this is not, and while I doubt anyone would confuse the two here, there is certainly an overlap in mentality if not form; this is chill indie pop, and while I might not look for my lost shaker of salt, I might blow out a flip flop just listening. Islands play like a less southern- inflected My Morning Jacket, inclined to melodic heights and hook heavy riffage, without leaning too much on guitar riffs. With “Skimask,” the fifth and most recent album by the band, Islands offers a meditation on being a band, a kind of existential crisis captured in wax, but lacking in the angst so typically associated with the act. Doors are at 8 p.m. at Zanzabar. —Syd Bishop

When Carlos Gamez de Francisco emigrated from Cuba to Louisville in 2009, he brought with him a worldly artistic sensibility that quickly fascinated us. His subjects are historical but not accurate. Well versed in painting, drawing, video and photography, he has created many series that are buoyant with nature, otherworldliness and humor. His current exhibition, “Wardrobe,” concentrates on the multi-cultural mystical female occasionally at odds with her clothing. No Xena the Warrior Princess here. These complicated women embrace “the thought of a gentle warrior encased in the trappings of war,” he states. “Represented are the sweet, tender and innocent alongside, and, often in contrast to, the warlike and victorious elements of woman. In these works, woman, wardrobe, war and beauty find a playfully irreverent intersection.” —Jo Anne Triplett

It’s been ages since the first bands that made it big on MTV were faced with the question, “How do we translate this to a concert club?” The members of OK Go were in training pants at that time, but they must have been taking good notes. The foursome lives for the meeting ground of quick-turn visual flair and bouncing pop rock, as they’ll show at Headliners. In advance of their upcoming album “Hungry Ghosts” they’ve released some new tunes, including “The Writing’s on the Wall,” which is rooted in New Order’s classic sound. The general attitude is winsome charm complemented with an experienced, knowing edge — but watch how they bring it out in 3 or 4 (or more) dimensions. Also on the bill are WFPK’s Night Visions Radio DJs.  —T.E. Lyons

Giving credit where credit is due, painter Boris Zakic exclaims, “This work would have never been created if not for the (Louisville Visual Art Association) and PUBLIC.” His latest solo project is a series of large Baroque and Romantic oil paintings inspired by LVAA and the space that its PUBLIC Gallery inhabits. What sets Zakic apart is his specialty of impasto gestural painting, the seemingly random placement of thick paint that has emotional meaning. LVAA describes his painting style as one that “integrates classical, Old World realism with modern concepts like photorealism, surrealism and gestural abstract expressionism.” It’s a mouthful, but it’s the best description of Zakic’s style that I’ve come across. In his hands, his “Grand Gesture” paintings — full of creative contradictions — work. —Jo Anne Triplett